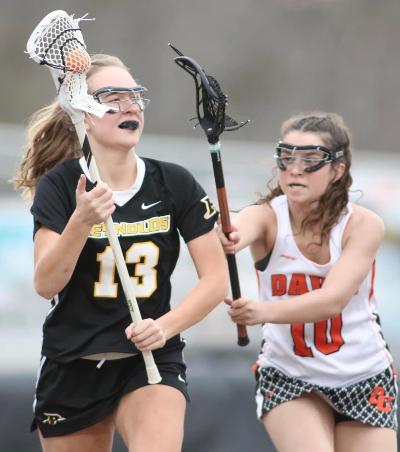 Korczyk goes for the check.

The Spartans improved to 9-2 overall and 8-2 in the Central Piedmont Conference.

Two days later, West Forsyth got payback for an 8-7 loss to Davie in March, overcoming Walton’s six goals and winning 17-13 in Clemmons.

The Titans evened their overall record at 8-8 and improved to 3-6 in the CPC. The War Eagles’ fourth straight loss dropped them to 5-9, 3-8.

Butler had two goals in a 15-3 loss to West Forsyth. Korczyk had the other goal.