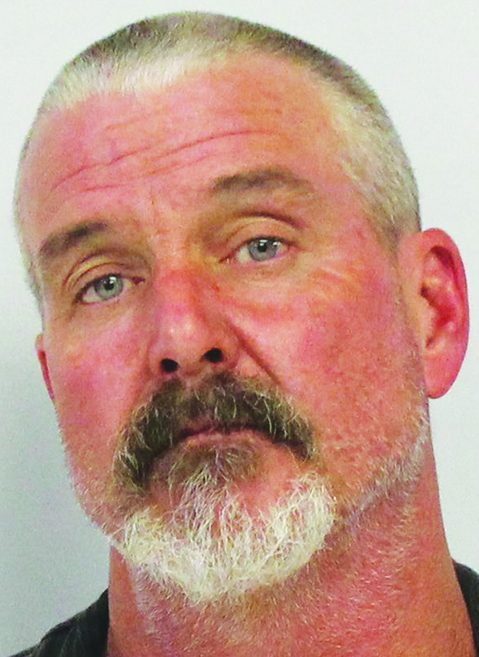 A driver found passed out behind the wheel of a vehicle is the same man arrested several weeks ago on similar charges.

He was charged by the N.C. Highway Patrol with DWI, driving while license revoked and possession of an open container of alcohol while driving a vehicle.

Davie Sheriff J.D. Hartman said that deputies responded on March 30 to the intersection of Howardtown Circle and Howardtown  Drive for a traffic accident in which the driver was passed out behind the steering heel.

In the vehicle, officers found a trafficking amount of methamphetamine and open containers of alcohol and marijuana. He was carrying a black powder handgun.

The sheriff’s office obtained a search warrant for his residence, where they found more marijuana and paraphernalia, as well as four firearms and ammunition.

A convicted felon, Giulbault was arrested March 6 after an altercation, and was charged with possession of weapons, including a type of military training device.