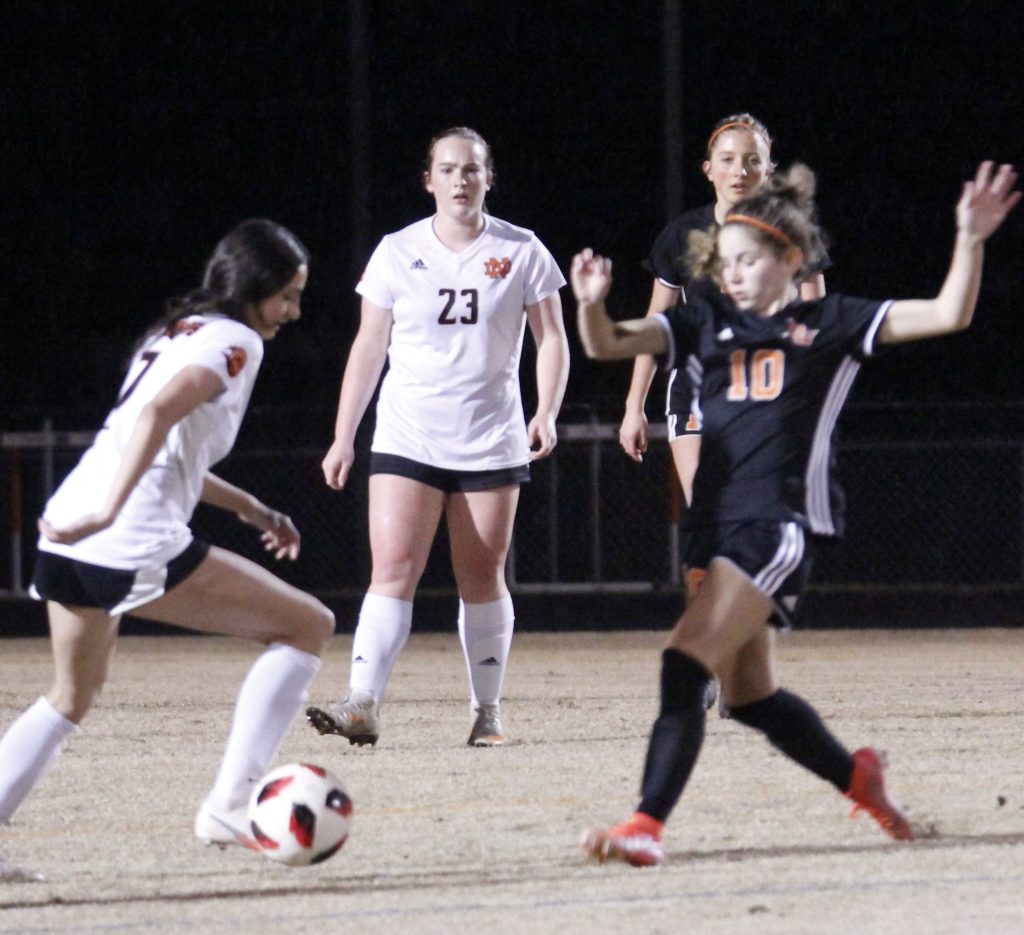 After starting 3-1, after a grinding, gritty effort in a tie with North Davidson, after going toe-to-toe in a tie against third-ranked Grimsley, the start of Central Piedmont Conference play was less fulfilling for Davie’s varsity soccer team.

Reynolds lost 1-0 to Grimsley, but the Demons won with room to spare, 4-1, against visiting Davie on March 21.

“There were some unfortunate things that played a significant factor in the outcome,” coach Corbin Kopetzky said.

After digging a 2-0 hole in the first half, freshman Sarah Andrade picked a great time for her first high school goal. The assist from Mya McGowan got Davie back in the game.

But Reynolds put the hammer down after that.

“Like I told the girls, we have to control what we can control,” Kopetzky said. “We played very well. We deserved a better outcome than what we had. We look forward to playing them next time.”

“We’ve just got to learn and grow from this,” Kopetzky said.