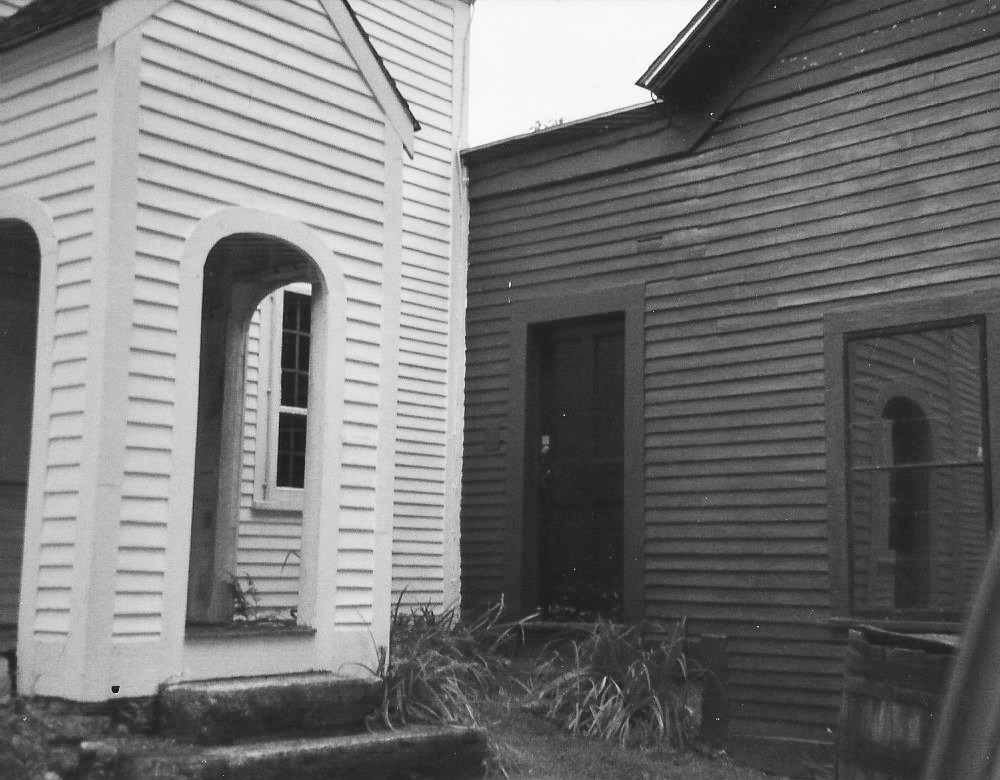 Franklin Pierce was born in New Hampshire, one of six New England states:   Maine, Massachusetts, New Hampshire, Vermont, Connecticut, and Rhode Island.  Pierce is one of eight presidents born in that area of the United States. Besides Pierce, John Adams, John Quincy Adams, John F. Kennedy, and George H.W. Bush were born in Massachusetts; Chester Arthur and Calvin Coolidge were born in Vermont; and George W. Bush was born in Connecticut.

Years ago if you asked an old person in Cana, North Carolina, the distance to some far-away place, that person might say, “I don’t know exactly, but I do know that it is a ‘purty fer piece.’” If that person was living today and you asked him/her how far it is from Mocksville to Hillsboro, N.H., the reply would probably still be,  ”I don’t know for sure but  its  ‘a purty fer piece.’” That person would be right because it is 829 miles from Mocksville to the Franklin Pierce Homestead in Hillsboro.

For those who like to travel and who are interested in history, the trip to New England is worthwhile for two reasons.  First the landscape is beautiful, especially in the fall when the leaves are turning. The second reason is that there is so much history around every corner. Remember there were eight presidents born in the New England states, which cover 71,988 square miles, an area slightly larger than the state of Washington.

Franklin’s father, Benjamin Pierce had a liquor license and he opened a tavern in the front of his house. The family lived in the area back of the tavern. Mr. Pierce bought a 200-acre farm and closed the tavern. After that, the house in Hillsboro was just a home for the large Pierce family. Franklin was the sixth of the eight children, which were born to Benjamin Pierce and his second wife. He and his first wife had one child before her death. Franklin’s father was a well-known man in New Hampshire, and, at one point, he was governor.

New Hampshire bought the house known as the Franklin Pierce Homestead in 1930 and leased it to the Hillsboro Historical Society that now administers the property.  The Historical Society makes the house available to visitors during the season.  The season probably is the time from mid-June to mid-September. The rough New England winters prevent people from visiting historical sites for about one-half of the year.  It is always best to call to determine what days and what hours the historical properties are open to visitors.

A visitor to the Franklin Pierce Homestead enters the house through the parlor, which has interesting stenciled walls. Visitors move on to the sitting room, which it was the taproom when a tavern was in what is now the parlor. Those rooms and all the others in the house are furnished with furniture from the period when it was home to the Pierce family.

One of the most interesting rooms is a huge ballroom upstairs where one can almost visualize ladies with huge hooped skirts doing the Virginia reel with handsome young gentlemen. There are a number of items in the bedrooms upstairs that belonged to President Pierce and his wife. The barn, which may be visited first or last during a tour of the Homestead, is attached to the house as are many older barns in New England and it has many interesting items that belonged to the Pierces, including Franklin Pierce’s sleigh.

After growing up in the Hillsborough House, Franklin Pierce went to Bowdoin College in Brunswick, Maine. He was a successful student there who was well-liked.

A fellow student, Nathaniel Hawthorne said: “Pierce was a vivacious, mirthful, slender boy of a fair complexion with light hair that had a curl in it; his bright and cheerful aspect made a kind of sunshine, both as regarded its radiance and its warmth.”

After completing his education, Franklin Pierce returned to Hillsboro and set up a law practice. At the age of 27, the popular young lawyer was elected to the U.S. Congress.

While serving in Congress, Franklin married the daughter of the President of Bowdoin College; a beautiful, shy young lady with a personality completely opposite from that of her husband.  The bride, Jane Appleton Pierce, absolutely hated Washington.  She went back to New Hampshire alone. Shortly thereafter, the Pierces first son was born and he died a short time later. After the death of her son, Jane Pierce was depressed.  Franklin Pierce was elected as a Senator from New Hampshire, but Jane still did not move to Washington. Finally Senator Franklin Pierce resigned his Senate seat and returned to New Hampshire to be with his family. The family moved to Concord to the house now called the Pierce Manse. The Pierces had two more sons.  The second son died when he was 4 years old of typhus. Jane Pierce was so frail by that time that she could not even do housework. She devoted her time to caring for the third Pierce son, Benjamin, who was called Benny, and reading her prayer book.

In 1852, Franklin Pierce was chosen as the candidate of his party for President of the United States.  Jane was completely devastated. Not only was Franklin Pierce the Democratic candidate for President in 1852; he was the winner in the general election. That news made his wife miserable.  Between the election and the inauguration, the Pierce family was on a train which wrecked, and their son, Benny, was killed before his parents’ eyes. That was more than Jane could bare. She did not want to move to the White House but her family finally convinced her that she should make the move. After moving, she spent her time in the White House family quarters reading her prayer book and writing letters to her son, which he would never read.

At the end of one four-year term as President, Franklin Pierce took his wife on three-year trip to the Caribbean and Europe but it did not help her depression. The family returned to Concord and Jane died about three years later. She was buried beside the grave of her son, Benny.  Franklin lived six years after the death of his wife and was buried beside her in the Old North Cemetery in Concord, N.H.

Pierce Manse, the house that Franklin and Jane Pierce owned in Concord, for about six years, was about to be demolished when it was rescued by a group call the Pierce Brigade. That group has restored the house. The Pierce Brigade has been able to find a number of items that were owned by Franklin and Jane Pierce and these items will be pointed out during a tour through the house. The Pierce Manse is open to visitors from June until September.