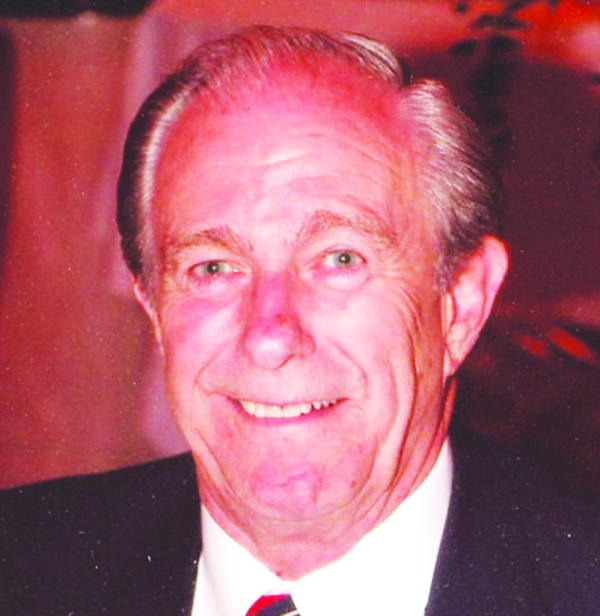 He was born Oct. 27, 1937 to the late Aaron Borders and Katherine Briggs Quinn in Shelby, NC. He spent most of his childhood in Greensboro. He graduated from Greensboro High School and attended Guilford College. He served six years in the NC National Guard. Charlie and his family moved to Winston-Salem in 1966, where he owned the Hickory Farms Franchise for 36 years. He was involved in the Merchants Association at Thruway Shopping Center and Hanes Mall. The Quinn Family built their home in Bermuda Run in 1973 where they resided for 45 years. In 2018, he and his wife Carol, moved to Bermuda Run Retirement Village, which they absolutely loved. He was active with Bermuda Run Country Club for many years and was the President of the Bermuda Run Homeowners Association and also served on the Bermuda Run Board. He was involved in Bermuda Run becoming a town and was elected the first Mayor ProTem. Charlie also served on the Board of the Crosby National Golf tournament and his family hosted a neighborhood picnic for the 16 years the tournament was held in Bermuda Run. He was a charter member of the Clemmons Rotary Club where he met many lifelong friends and once served as its President. In 2002 the club honored him with the Lifetime Achievement Award.

In addition to his parents, his brother, Aaron Quinn, preceded him in death.

Surviving: his loving wife of 60 years, Carol Price Quinn; a son, Hugh Quinn of Winston-Salem; a daughter, Suzanne Quinn Perry (Michael) of Sanford; 4 grandchildren, Stephanie Perry Lajoie (Ronald) of Austin, Texas, Danielle Quinn of China Grove, Brandon Perry of Raleigh, and Mackenzie Perry of Sanford (His grandchildren meant everything to him, and he adored time spent with each of them.); 2 sisters, Katherine Mabry of Shelby and Enniss Lassitter of Raleigh; 3 sisters-in-law, Mary Rippy of Greensboro, Linda Workman of Greensboro, and Janet Powell of Liberty; and 14 nieces and nephews.

Charlie had a strong faith in his Lord Jesus Christ and became a member of Clemmons Moravian Church in 1978 where he was a faithful member of the Fellowship Sunday School Class, the Young at Heart, the Men’s Fellowship and the Clemmons Moravian Choir. He also served on many committees at the church such as the building committee and played a big part in the planning and building of the new addition of the church. His love for his Church and God could not be measured. His friends he met at church were some of his closest friends and being a member of the Church was one of his most valued parts of his life. He also loved Southern Gospel Music.Charlie had many other hobbies which he enjoyed at different stages of his life such as beekeeping, lapidary work, and growing roses in his garden. He was a member of the Rose Society which he joined on his 50th birthday and remained a member for many years. He also loved glass blowing and was able to attend a class that allowed him to make objects that he was able to give each of his grandchildren. Carol and Charlie loved to travel and had the opportunity to go to many countries around the world, but his favorite place was the Holy Land. His children and grandchildren went on several cruises with them. For his last 6 years, his constant companion was his cocker spaniel, Cocoa. Given to him by his daughter Suzanne, Cocoa was by his side every day and he loved her unconditionally. So many people knew Cocoa, and Charlie would show her picture to people often and even carried one in his wallet. She was special to him and was the perfect companion.

Charlie will be remembered for his story telling, friendly smile, twinkling blue eyes and love for his family and Cocoa. He never forgot how blessed he was and how much he loved his family, his church, his home and his friends.

His funeral service will be at Clemmons Moravian Church, on Saturday March 5, 2022, at 2 p.m. Because of Covid 19, there will be no visitation and masks must be worn in the church.