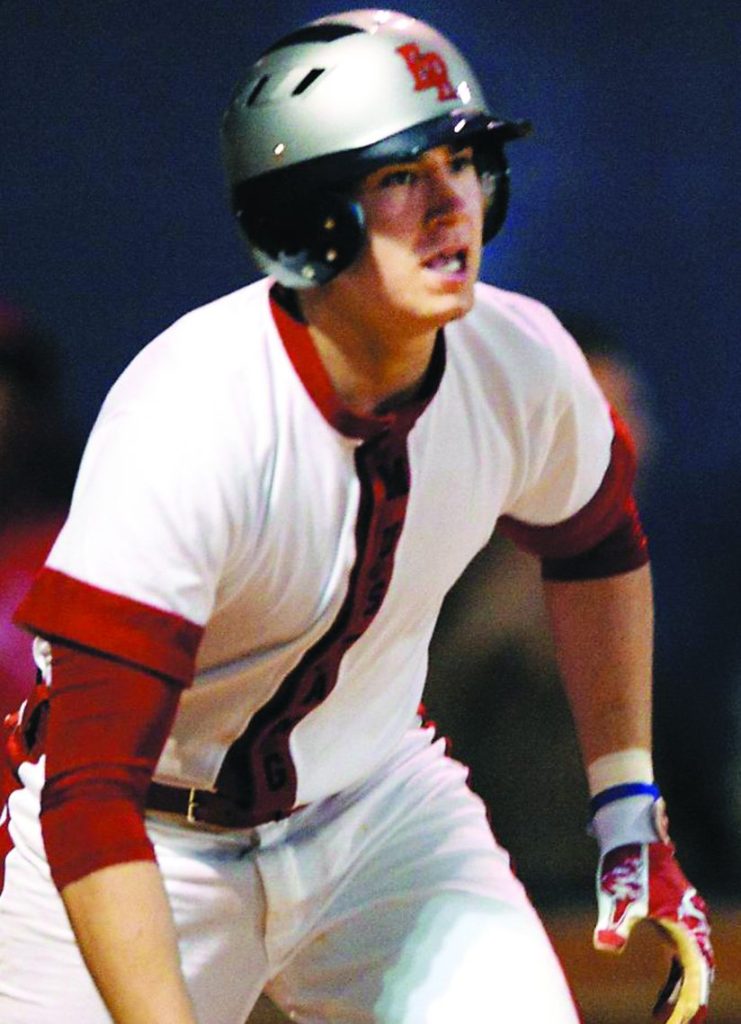 Combine the youth on the varsity with the talent on the JV, and Davie baseball has a shimmering future.

“There’s some good kids on JV,” varsity coach Joey Anderson said. “I mean, there’s some kids who are turning heads. I had to make some pretty tough decisions as far as who was going to be on varsity and who was going to be on JV. Some of those freshmen are going to be good. I wouldn’t be surprised if there’s not a few of them that make a varsity debut sometime this year. I would be totally OK with bringing some of those guys up.”

With sophomores Craig McBride and Will Wands and freshman Ty Goodson, Davie has the makings of a dazzling outfield. Goodson will likely man center field, while Wands and McBride are expected to play left and right, respectively.

“Ty is electric,” Anderson said. “Craig has made some huge strides since last year. Will has also made huge strides since last year. He was a bench guy for me (last year on JV), but he’s a hustler. If there was a most improved that I could give to anybody in both programs, it’s probably him. He got in the weight room and got a little bigger. His bat’s gotten better and he’s doing what he’s supposed to.”

Like Parker Aderhold for the varsity, freshman Larson Stem is the Swiss Army knife of the JV.

“He can pretty much play anywhere, and he’s been swinging the bat well,” Anderson said. “He’s a tall, lanky kid. I’m interested to see him hit some weights and get a little stronger over the next couple of years. I feel he’s going to be an impact player.”

Anderson is intrigued by freshman Hunter Daywalt, a third baseman who could also pitch when he overcomes some “arm issues.” He appears to be a middle-of-the-order bat.

“Hunter swings the bat real well,” he said. “We have to find his niche, but he’s swinging the bat good right now. He’s probably going to play third base.”

The bulk of the innings could go to sophomore Connor Berg and freshman Tucker Hobbs.

“Connor is probably going to come up and down (between JV and varsity), depending on how our pitching staff goes,” Anderson said. “Tucker is a big kid.”

Anderson guided the JV the past three years. When Bradley Rudisill left Davie in the fall semester after leading the varsity for three years, Anderson was named interim head coach. That created a JV opening, a spot that has been filled by 25-year-old Sam Wyrick, who was a three-sport athlete at East Rowan from 2011-15.

“His youth and his competitiveness as an all-around athlete has been beneficial because he’s able to relate to the guys,” Anderson said. “I think he’s going to be a very good coach/role model for the boys.

“He pays attention to detail. I’m sure he’s going to have his own way, and I’m sure he brought some stuff that he had at East Rowan (under Brian Hightower). You know, East Rowan has had a successful program for a lot of years.”

The twins guaranteed themselves a place in Rowan County lore as 2014 seniors. The Mustangs closed the regular season at 5-6 before authoring a Cinderella story in the postseason.

Sam, who was a 6-0, 184-pound gunslinger, completed a two-point pass to Seth to clinch an unforgettable 50-49 first-round win at Freedom. East won on the road again in the second round, 27-21 over West Henderson. The run ended at South Point, 42-32. (East hasn’t won seven games in a season since the Wyrick boys.)

Sam and Seth broke numerous East and county records that season. Sam, the Salisbury Post’s Offensive Player of the Year in 2014, is first at East and second in Rowan County in career passing yards with 6,443. He also set county single-season records for completions (263), passing yards (3,301) and TD passes (38). For his career, he had 7,498 total yards of offense with 96 total TDs (74 passing, 22 rushing). Meanwhile, Seth played in the Shrine Bowl after making 102 catches for 1,622 yards and 18 touchdowns as a senior.

“As soon as football would end, you’d go straight to basketball,” Sam said. “As soon as basketball ended, you started baseball. It kept me busy for sure, but I enjoyed every minute of it. Nowadays, coaches love players that play multiple sports.”

The Wyricks played college football for one year at Tusculum (Greenville, Tenn.), then transferred to Catawba, where they played for two years.

“I got to continue playing football in college, so my dream came true with that,” Sam said.

Sam entered the teaching/coaching world last summer at North Rowan Middle. He spent one semester there, becoming head coach in football and leading North to a 6-1 record. Seth was one of his assistants.

“That’s something we had talked about growing up, so it was cool to experience that together,” Sam said.

Now Sam is a PE teacher at Davie.

“I’m glad to be at Davie and I’m excited to get my foot in the door with this baseball season,” he said. “We’ve got a good group of kids. Joey, Ross (Hoffner) and Ty (Woodring) – there are good guys on the crew that are going to help me throughout. I’m excited to get it rolling.”

Stick it to ’em: Girls softball loaded with big…