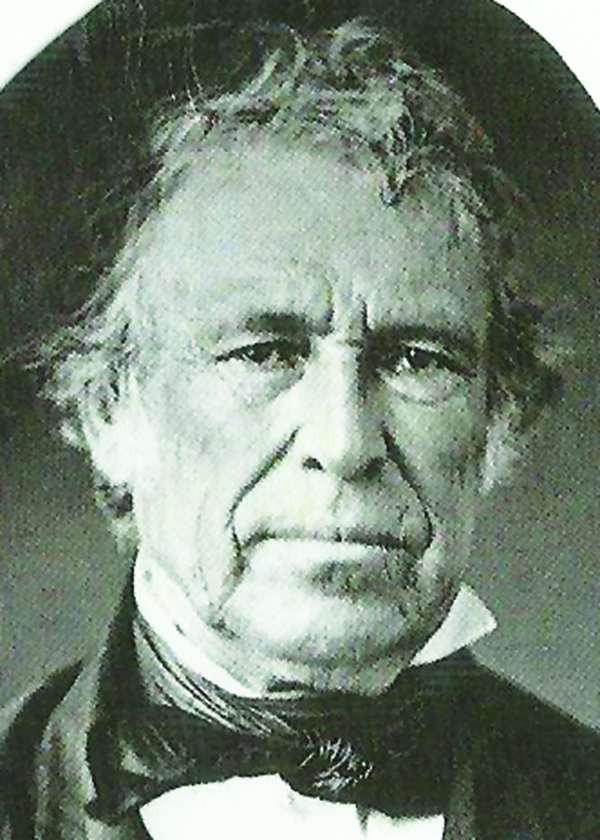 The only existing property connected to the family of Zachary Taylor is a beautiful house, called Springfield, in Louisville, Ky. Springfield is not administrated by the National Park Service as are most of the historical presidential site but is owned by a private citizen.  That individual is Dr. William Gist  Dr. Gist is the past president of the Sons of the American Revolution and he has done a wonderful job maintaining Springfield. Dr. Gist allows tours of the house, but only by reservation. Call 1-502-897-9990.

The authors of the book, “Cabins, Cottages, and Mansions,” Christopher and Nancy Benbow describe the house as: “A large two and one-half story Georgian Colonial red brick, Flemish bond house, constructed in a style similar to that of a Virginia plantation home sometime between 1785 and 1790, The bricks used to build the home were fired on the Springfield property. The resulting house was a comfortable manor home for the Taylor family who lived and prospered there. The home had two rooms on each floor and featured walnut wood and ash flooring. Sometime between 1810 and 1820 a second side of the house was built. It also had two rooms on each floor and featured ash flooring and had wider mantels and larger fireplaces.”

This is the house in which Zachary Tylor grew up. He was not born in that house. He was born in Virginia while the family was making the move to Kentucky. The Taylor family stopped for a visit with a Virginia family, and Zachary was born before they could continue their trip. Thus, Zachary Taylor is considered one of the seven presidents born in Virginia even though he was a resident there for a short time.

The Taylors’ son, Zachary, was home schooled at Springfield, and then he became a soldier. The young soldier met a shy young lady, Margaret Smith.    Margaret’s father was a well-to-do planter which meant that Margaret’s every need was immediately handled by servants. The two young people were strongly attracted to each other and soon decided to get married. Margaret’s father strongly objected to his daughter to marrying a military man. He did not want his daughter to have to suffer the hardships which the wife of a soldier often face.

Zachary Taylor and Margaret Smith were determined to get married in spite of all objections. They did just that in 1810.

During the next 40 years, Margaret Smith Taylor followed her husband from post to post all over the west. She lived in log cabins, tents, and all kinds of other less than desirable dwellings, but she never seemed to complain. None of the places where the Taylors lived are identified as Taylor homes. Margaret Taylor supported her husband in every way she could, and she tried to help other soldiers and their families along the way.  Zachary Taylor is quoted as saying, “My wife was as much of a soldier as I was.”  Even though she did not complain, Margaret Smith Taylor was tired, and she looked forward to the time when her husband would retire so they could spend some quiet years together without having to deal with so many hardships.

The American people seemed to feel that a strong military leader would make a good President. Some of the military leaders elected to that position before Taylor were  George Washington, Andrew Jackson and William Henry Harrison.

Even though he had never even cast a vote for a President of the United States, three political parties wanted Zachary Taylor to run as their candidate. Margaret Taylor was totally opposed to her husband becoming involved in politics and she certainly did not want him to run for president. She wanted him to retire and spend time with her.

Like the other former soldiers, Taylor felt that he had to answer the call of his country. He finally said that he was a Whig so the Whig party chose him as their. Margaret Taylor actually prayed that her husband would not win.  Her prayers were not answered in the way she wanted.  Zachary Taylor, the man who may have been the least prepared of all candidates, won the election and became the 12th President of the United States.

A reluctant Margaret moved with her husband to the White House, which is the only Taylor house other than Springfield which is identified as a Taylor home.   It was certainly not a house with which Margaret Taylor wanted to be associated.  She stayed upstairs in the family quarters during the 16 months that her husband was President. Zachary Taylor got sick after her had served as president for that short period of time. He died in spite of all that the doctors could do to save him.  Zachary Taylor is buried at what is now the Zachary Taylor Memorial Cemetery in Louisville, Ky. His wife, who never spoke of the White House after she left it, died two years after the death of her husband.  She is buried beside him at the Zachary Taylor Memorial Cemetery.

It is not easy to get reservations to see the interior of Springfield in Louisville, Ky., because it is privately owned. Dr. Gist, allows visitors when he can manage it, but it may take some planning to get to see the interior of Springfield.  Dr. Gist has found a few artifacts that belonged to the Taylor family, but the furniture in the house did not belong to that family. However, it is of the period when Zachary Taylor lived with his parents at Springfield, which makes that house an interesting place to visit.