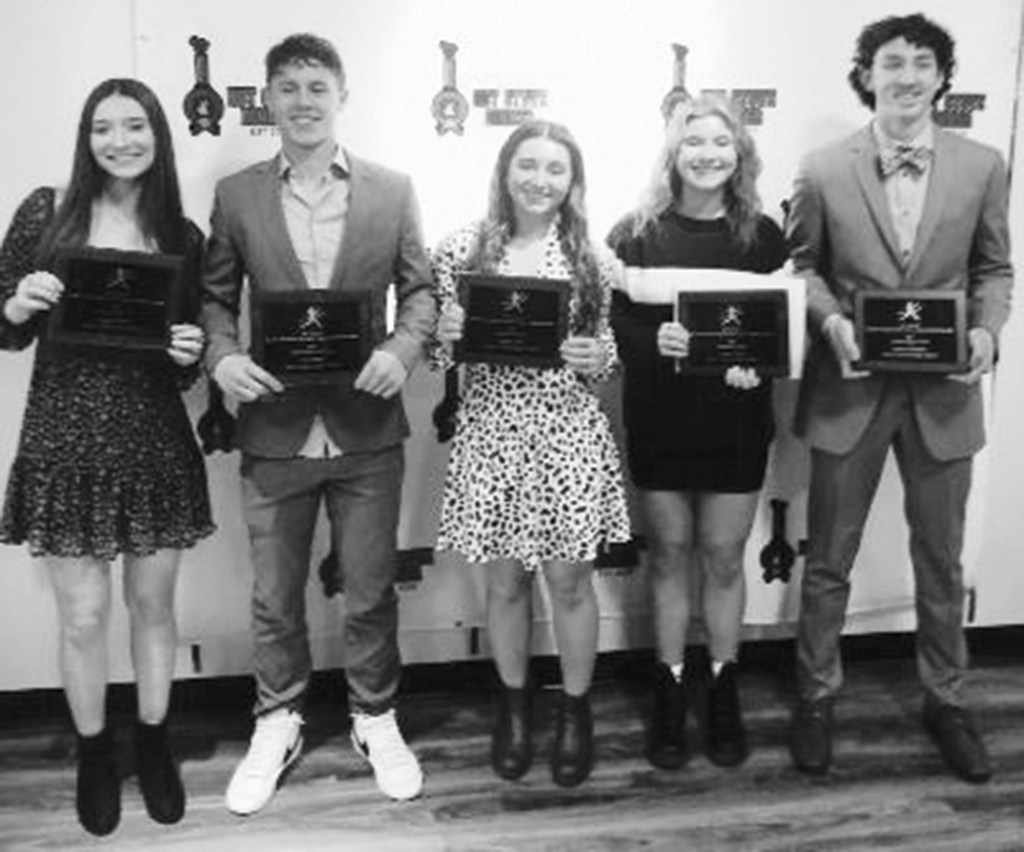 Five War Eagles took home hardware from the Baseball/Softball Hot Stove Award banquet in Salisbury on Jan. 29.
“This was the second year that the Hot Stove Awards were put on in the Piedmont area,” Gary Simpson said. “They’ve been doing it for 14 years in the Charlotte area. There were seven counties involved (Cabarrus, Davie, Davidson, Iredell, Montgomery, Rowan and Stanly).”
The award winners from Davie High were softball players London Dirks, Sydney Dirks and Summer Simpson and baseball players Davin Whitaker and Coy James, a freshman.
Senior L. Dirks and junior sister S. Dirks have committed to play softball at UNC Charlotte and Western Carolina, respectively. Simpson is a junior who has committed to Appalachian State. And Whitaker is a junior who has committed to East Carolina.
“Unbelievable,” Gary Simpson said. “Davie County racked up. There were over 300 people at the awards ceremony. It was a big deal. We filled the room up at the Salisbury Mall. They catered dinner and had silent auctions and raffles. We were super excited that the Davie kids did what they did.”