Black History: Janet’s Hairstyling Center more than a place to get a ‘do’ 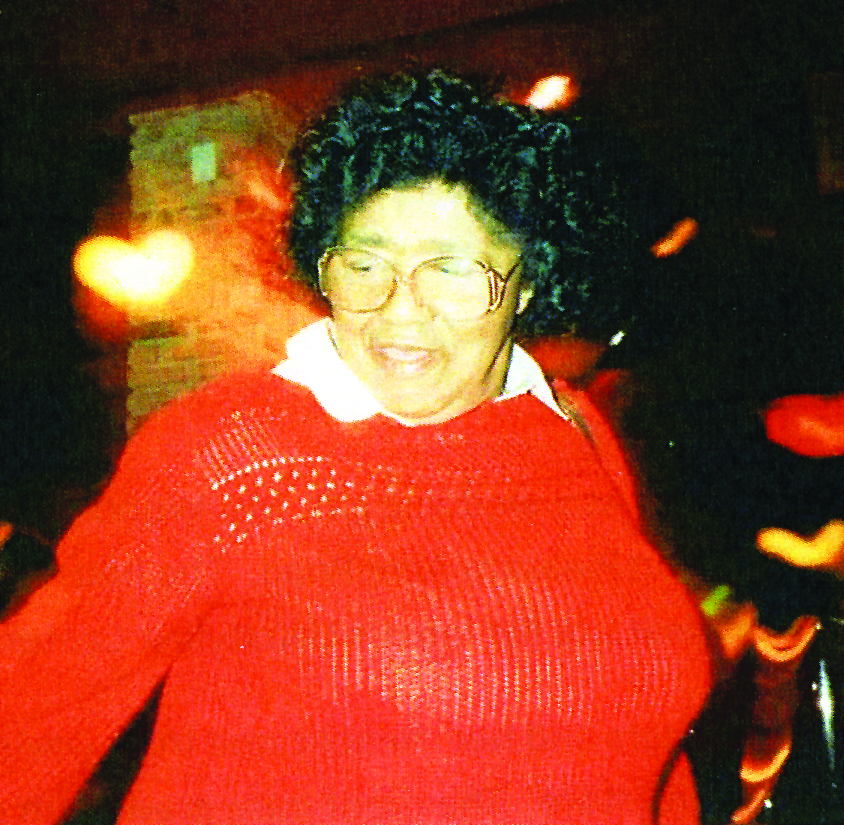 By Warren Fleming
For the Enterprise

Janet’s Hairstyling Center was established in 1947. It was the first African-American female owned business in Davie County – owned and operated by Janet Wyatt Fleming, wife of James Baxter Fleming
Janet Elizabeth Wyatt was born on Oct. 2, 1920 to the late Douglas Wyatt and Janet Elizabeth (Lizzie) Chunn. She was the third of six children. They grew up in Davidson County, near a community called Petersville. Janet’s parents, Douglas and Lizzie Wyatt’s grandparents, were slaves from the Hairston Cooleemee Plantation in Davie County.
Janet started her beautician career by practicing on her sisters’ hair. They would get into huge arguments sometimes because the hairstyles Janet gave them would not be what they expected. Janet, being a perfectionist, kept trying to reach perfection until finally she asked her mother if she could leave Davidson County Public Schools to attend Forsyth County Public Schools. Janet graduated from Atkins High School with honors in 1938 and was accepted to Dudley’s Beauty College in Winston-Salem in 1939 where she graduated at the top of her class in 1942.
After graduation, Janet returned to Davidson County to live with her parents and siblings to help with the many tasks around the home. Janet’s parents operated a tobacco farm and there were only two boys born from Douglas and Lizzie. Pete Wyatt was old enough to help his father with the manly duties but Rufus Wyatt was too small, so Janet and her sisters had to perform the duties necessary to maintain the farm.
The women of those times were tough and this is a prime example why many African-American women are known as strong icons in the family.
After spending two years helping on the farm, Janet decided that she needed to continue her career in cosmetology. She exercised what she learned at Dudley’s Beauty School by honing her skills with her sisters, friends and neighbors. These clients were paying her and Janet realized in order for her to be successful, she needed her own facility.
Janet learned that Margaret Woodson, a graduate of Mary Baldwin College in Staunton, Va., was proactive in helping women succeed. Janet took a job as a domestic worker and hairdresser for the Woodson Estate. That is where she met the love of her life, James Baxter Fleming.
In 1945, Janet and James were married. As a wedding gift, Ms. Woodson gave them a home and three acres of land off US 601 and Pleasant Acre Drive south of Mocksville. The house was renovated and a bump out was added to accommodate the original site for Janet’s Hairstyling Center.
The first customers were family members and her clients came from Davidson County, along with the women employees from the Woodson Estate. The client base grew from an average of 50 customers to more than 300 within five years. They included family members, women from local churches (including Mt. Vernon Presbyterian), along with women throughout the area.
Her client base grew so fast and held so steady that in 1965, new construction was approved and a new site was built on Neely Street in North Cooleemee. This land on Neely Street was owned by her father-in-law, James Lindsey Fleming, better known Len Fleming. Len Fleming was a leader in the Presbyterian church, a manager at Erwin Cotton Mill and a successful farmer. He donated the plot of land on Neely street to James and Janet for the new site.
The original site on Pleasant Acre Drive is currently occupied by a business owner. The site on Neely Street is still standing and is in great condition. These sites are being considered for placement on the National Register of Historic Sites in North Carolina due to the efforts of her son, Warren Fleming, past commissioner for Montgomery County (Md.) Historic Preservation Commission.
Janet’s Hairstyling Center served the African-American community at large from 1940-1960. During those early years, the area was segregated and African-Americans had limited access to tools to allow them to address issues that were associated with the well being of their communities and families. The average African-American wasn’t allowed to approach the front doors of elected officials, which caused many of their social and economic issues not to be addressed.
It is a foregone conclusion that the African-American woman has always had a presence in the mainstream of society. Janet’s Hairstyling Center provided a safe haven for these women to address and discuss issues related to family and community. While getting their hair styled, they communicated with each other about the issues that needed to be addressed. In Many cases they developed solutions and implemented them successfully.
Janet’s Hairstyling Center was not only a successful beauty salon, but a private, social club that hosted one of the most powerful activist groups in the South. The women who were customers helped shape the living conditions for African-Americans in Davie County during segregation. These women were instrumental in supporting the Parent Teacher Association of the Negro schools in getting funding for school supplies. They also assisted schools to obtain scholarships for colleges and provided supplemental funding for struggling African-American families. The impact of their efforts was felt in Davie, Rowan, Davidson, Forsyth, Yadkin, Cabarrus and Iredell counties.
The Janet Hairstyling Center will always be known as an icon and local focal point in the African-American community of Davie and surrounding counties.
Janet Wyatt Fleming will always be among many of the strong African-American women who made a difference in the community during segregation.
This article is the brainchild of Thomasine A. Gaither, who writes about Black history for the Enterprise Record.