Everybody’s brother: Co-workers remember friend who died in crash in front of restaurant 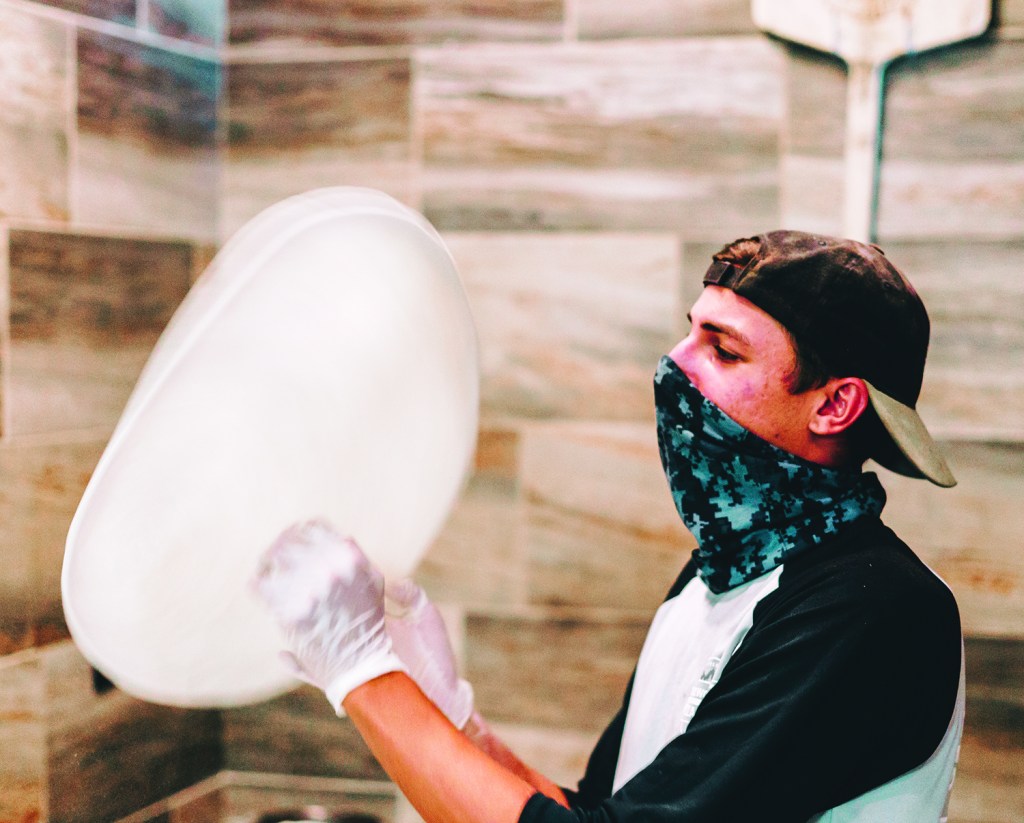 BERMUDA RUN – Trent Millslagle had a way with people.
They liked him. And he liked them back.
When he died in a car wreck in front of Tanglewood Pizza here on Feb. 3, it didn’t take long for co-workers to learn their lives would be changed forever.
Actually, their lives had already been changed by the 23-year-old man who always had encouraging words for everyone.
Holly Worley, general manager at the restaurant just off US 158, said it was Trent who helped her learn the ropes when she started working there about two and a half years ago.
“I’ll never forget him telling me the ins and outs of everything and everyone at TPC, including the patrons,” she said. “I laughed, because I thought to myself, who pays this much attention and who has this kind of memory?
“But Trent did because he cared about every single person he came across. Not only was he my employee, but he was like a brother to me. We had many talks about life’s curveballs. We cried together, and laughed together many times over. He will be missed by every single person, employees and patrons.”
She organized a GoFundMe page for Trent’s family that generated more than $13,000 in a week. The restaurant held a memorial service attended by some 60 people.
“Trent brought the sunshine with him everywhere he went, and made sure to save some for you when you were having a rainy day,” said CJ Shelton. “Saying he will be missed by all of us at TPC is this lifetime’s greatest understatement.”
“Trent was loved by so many,” said Brandon Tester. “He had a compassionate heart, was a sincere freind and a downright genuine man. We are all better people for knowing him.”
P’nut remembers a few times he was ready to quit his job in frustration. “Trent would never let me quit … and never let me be mad around him. He was my brother and my friend and I miss him.”
“Trent was a shining light at TPC,” Barbara said. “Anyone he touched would shine brighter, too.”
“He was the most genuine and loving guy you could ever know,” said roommate Maxx Clark. “And he was always there when you needed him the most.”
Holly said that Trent could do any job at the restaurant, and was the assistant kitchen manager. “He ran the kitchen like nobody could. And in the two and a half years he worked for her, he never once called and said he couldn’t come to work that day.
“He was an amazing kid, like a brother to everybody,” she said. “He wouldn’t let you be in a bad mood.”
Trent was going to Forsyth Tech, and was a considering a career with the park service. Holly said he was saving his money to buy a ring so he could ask his girlfriend, Katie Trader, if she would marry him.
Trent had worked a shift at Tanglewood Pizza that night, and left about 9:45 to get something to eat before heading home. His last credit card receipt was from a local convenience store before his car crossed the center line and was struck in the rear by an oncoming vehicle just after 10 p.m. Trent’s car burst into flames.
Holly said that a neighbor from Bermuda Run had climbed the fence and attempted to rescue Trent – who already appeared unconscious – but the flames were too intense.
Those still working at the restaurant hadn’t noticed the wreck, but received a call. They started to call every employee who had left for the night.
Everyone answered except Trent.
The restaurant was open for those who wanted to mourn the next day, but no food was served.
Holly said the ordeal helped her to realize that the restaurant is like a family. Faces come and go, people bicker and complain. “But at the end of the day, we all stick together. We’re like a big family here. I have never worked where there is so much love.”
Trent is the son of mother Jamie Turner and stepfather Nathan Turner. He has two little sisters, ages 9 and 2. He graduated from Southwest Elementary, Meadowlark Middle and West Forsyth High schools.
A celebration of his life service will be held at 2 p.m. Saturday, Feb. 12 at River Oaks Community Church, where he attended for the past 17 years.