Wanna Step Outside: Kibler column, NC No. 1 for bear hunting 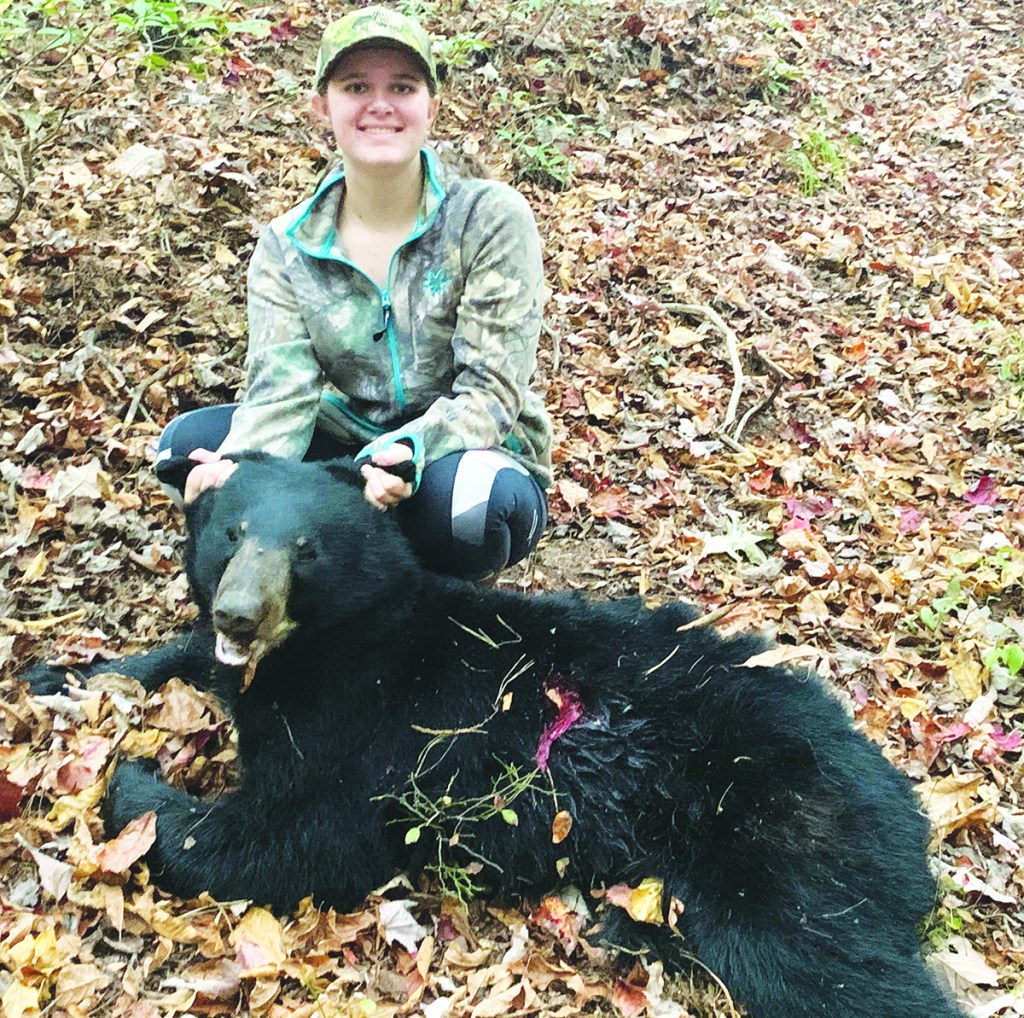 North Carolina promotes itself with the tourism slogan, “First in Freedom.”
There’s a good argument to be made that the Tarheel State is first in at least one other facet: hunting for black bears.
The black bear population in North Carolina looks a lot like a big, fat set of parentheses: thick around the edges and empty in the middle. The state’s western mountains are full of bears, as is the low-lying coastal plain, with a few bears scattered across Piedmont counties that border Virginia.
The bears in coastal counties are, arguably, the biggest in the world. Annually, bears pushing 600 pounds are killed in coastal counties. About a dozen 700-pounders are on record.
The biggest black bear of all, an 880-pound behemoth, was killed in Craven County in 1998 by a Tennessee hunter with a familiar name: Coy Parton. Yep, that Parton. He’s one of Miss Dolly’s cousins. The bear was never scored as a potential world record by the Boone & Crockett Club. One of the rumored reasons? Its skull was too damaged by the shotgun blast that ended its life. Parton told me a week or two after his momentous hunt that the muzzle of his 12-gauge shotgun was touching the bruin’s head when he pulled the trigger, ending a relatively short chase by a pack of bear hounds that had jumped it near the town of Vanceboro.
The N.C. Wildlife Resources Commission released the harvest report for the 2021-22 black bear season a couple of weeks ago, and hunters did awfully well, reporting 3,659 bears tagged within the state’s borders. That’s the second-best season ever, trailing only 2020-21, when 3,748 bears were taken.
The 2% harvest drop was largely caused by a huge crop of acorns in the mountains. When oak trees drop a lot of acorns – an important food for all kinds of wildlife – bears don’t have to travel as far to feed, and they present hunters with fewer opportunities. The bear harvest in the mountain region was 1,230, off 14% from 2020-21, more than offsetting a 6% increase in the coastal harvest to 2,371. The Piedmont harvest – 81 bears out of the statewide total of 3,659 – is negligible as far as its overall effect.
“Statewide, we believe our bear population is between 11,000 and 12,000,” said Colleen Olfenbuttel, the commission’s bear biologist. “That’s the biggest population of any state on the eastern seaboard. We were lucky; a lot of states on the eastern seaboard extirpated bears from the eastern parts of those states. The populations in the mountains held on.
“We were one of the few places that maintained a bear pop in eastern part of the state, back to the 1970s. A lot of people, when they think about black bears, they think about the mountains. We do have a lot of bears in western North Carolina, but a lot more in eastern North Carolina.”
Seven of the top 10 counties in total harvest this past season are in the coastal plain, including the top four: Hyde with 229, Tyrrell with 208, Jones 195 and Bladen 143. Madison County had the highest harvest in the mountain region with 123. By contrast, the highest harvests among Piedmont counties were Stokes with 13 and Warren with 12.
“Do we have good bear habitat and a lot of it along our coast?” Olfenbuttel asked. “Yes, we do. We have fewer people, more rural landholdings, larger parcels of land managed for agriculture and forest. We have refuges, places they can go and get big before dispersing. Our coastal plain affords a lot of good habitat on a large scale.
“The other thing is, eastern North Carolina is so different from any other area on the eastern seaboard. Most every other state, the eastern part of the state is highly developed. In eastern North Carolina, the only big cities are Wilmington and Greenville. It’s largely rural.
“Our objective for the coastal bear population is to stabilize it, get it to where growth is 0%,” she said. “We feel like we achieved that goal 2 years ago. We’re seeing that the number of hunters influences our harvest on a landscape basis, and the better tools that hunters have – bait and game cameras – will influence harvest. Plus, a few years ago, hunters got more days, and that will influence harvest.”
Olfenbuttel said the population of bears in the mountains is still growing, at about 5-6% per year. The Commission isn’t really interested in bears expanding into the Piedmont, however.
“We’ve slowed the expansion of their range in the Piedmont,” she said. “We don’t want to establish a population there due to the lack of habitat. There are too many roads and people.”
Dan Kibler has been covering the outdoors since 1985 as outdoors editor of the Winston-Salem Journal and later as managing editor of Carolina Sportsman until his retirement last fall.

Boys come through with 2 wins