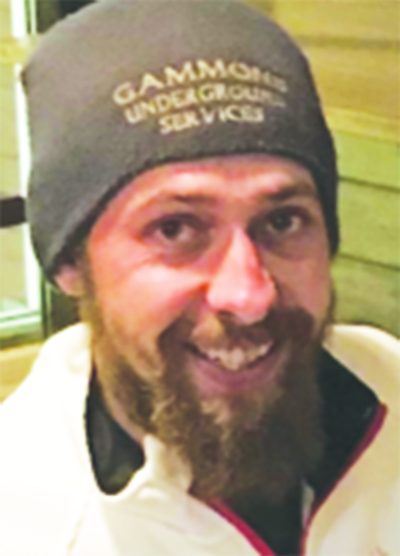 Nic Owens loved to talk.
He would talk to anyone, and even a stranger would feel like a friend after a few minutes.
That’s because he was a good listener, too.
Owens was remembered Sunday in a service conducted by Pastor Jeff Mabe at Davidson Funeral Home.
He died on Wednesday, Jan. 19 when the bicycle he was riding was struck near Wendy’s on Yadkinville Road in Mocksville. The incident is being investigated by the N.C. Highway Patrol, and the report was not available earlier this week. WXII 12 reported reported that the driver whose vehicle struck him left the scene but was located minutes later, and was charged with hit and run and death by vehicle.
Owens’ mother, Renee Tilley, said she thought her son had gone to the store for some steak sauce, and that he had a job in Mocksville and was turning his life around after experiencing struggles during the last couple of years. He worked in Mocksville.
“He was the kindest young man in the world,” she said. “He loved to talk to people. He would talk to anyone about anything. He was a good listener, too, a kind soul.”
Her son, she said, loved the outdoors, especially fishing. He was featured in the N.C. Sportsmen magazine as a child.
He would have turned 30 on Wednesday.
His wife, Courtney Owens, said she is struggling to deal with the situation along with their 6-year-old daughter. “She’s trying not to think about it, while still remembering him and cope with him not being able to take her fishing.”
Mother and wife said that Owens was a family man who believed in everyone.
“He could talk for hours and give anybody the shirt off his back,” Courtney said. “He was a loving father.”
“We have heard so many things about how he had helped people that we didn’t know about,” Renee said. “There was an outpouring at the service … a real testament to his life.”
That testament went even further when Courtney’s brother committed his life to Jesus Christ at the service. He went to the preacher at the end of the service.
“They prayed and cried,” Courtney said. “It was good.”
A GoFundMe page has been set up to help pay for Owens’ funeral, and memorials are suggested for the Nic Owens Children’s College Fund at First National Bank.