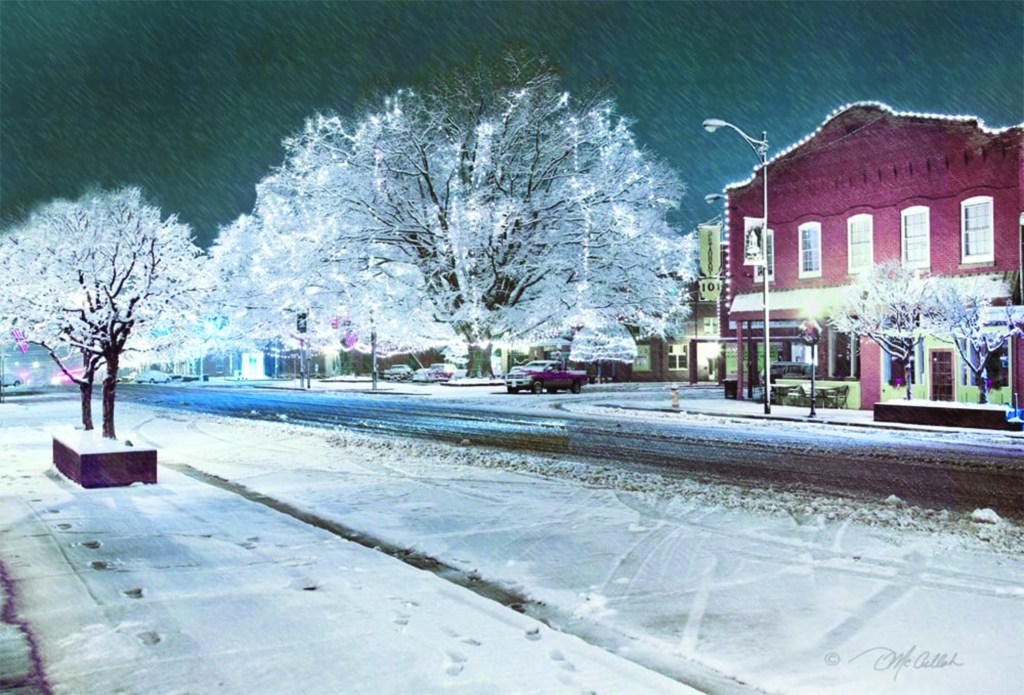 The late Tom McCulloh made this photograph of Downtown Mocksville in 2010, and it is featured in the current issue of Our State magazine.

The new issue of Our State magazine features a photo taken by the late Tom McCulloh.
“I doubt a prettier picture was ever taken of Mocksville,” said Marcia Phillips of the Davie County Public Library History Room.
His widow, Phyllis, remembers going with him on that cold night to capture the snowscape and with it the beautiful lit trees that have since been removed.
Our State found the image on Digital Davie, a resource on the Davie County Public Library website under the Martin Wall History Room link and contacted the library for its use. “We facilitated it and Phyllis provided the original,” Phillips said. “Anyone can access it there by searching “snow” or “McCulloh” in Digital Davie and hundreds of other great local images, most much older than this 2010 moment in time Tom captured.”
“It is nice to see Mocksville dressed in its best for the state to see and a local photographer honored for his beautiful photographic art. There will be a display in the library lobby of his art during the month of January,” she said. 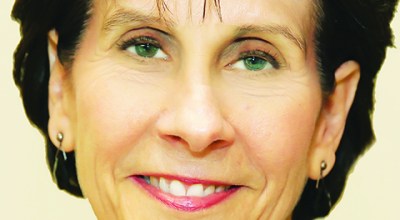