Third time a charm? Not for these criminal suspects 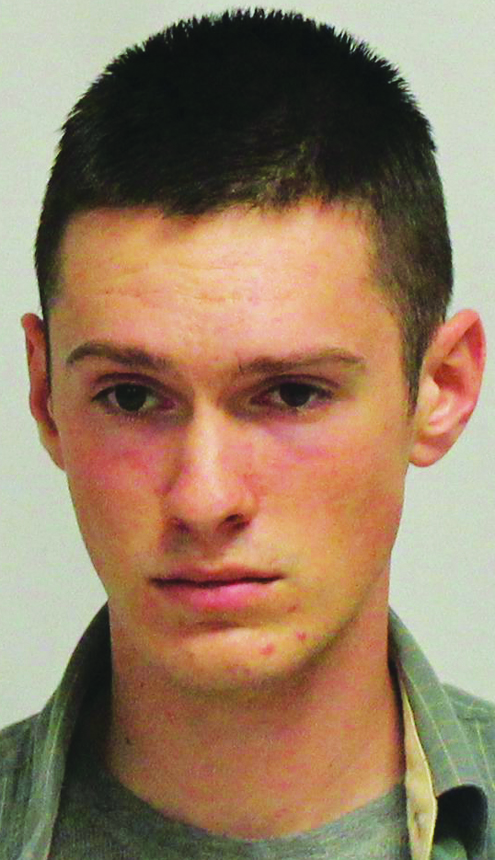 Three people were arrested – including a son and his mother – in a crime spree that included more than one plan to break into All American Pawn on Yadkinville Road in Mocksville.
Davie Sheriff J.D. Hartman said that on Nov. 17, a truck and trailer with lawn equipment was stolen from a business on NC 801 between Farmington and Bermuda Run. The truck was found on Dec. 7 at a condominium complex in Winston-Salem. The trailer and lawn equipment have not been recovered.
Detectives had their first lead from a video surveillance system that gave a glimpse of the suspect’s vehicle.
On Dec. 10, a Volvo tractor (The front part of a tractor trailer.) was reported stolen from Bailey Street in Mocksville. Hartman said the suspects’ plan was to use the truck to ram into the front of the pawn shop. But it ran out of gas, and was found abandoned on the side of the road.
The suspects’ next plan was to fire gunshots into a closed Allegacy Credit Union on Hospital Street in Mocksville. That didn’t work, either. Gunshots were fired into the door and a window at the credit union, but didn’t shatter either or set off an alarm. That alarm went off the next morning after the sun came up and changed the temperature in the glass, causing it to shatter, Hartman said.
Detectives found videos from that scene that led to the owner of the vehicle. Apparently, the vehicle in question had been loaned to several individuals, but the investigation started to center on one person, he said.
Two days later, that break-in at All American Pawn finally happened. Two guns were stolen, Hartman said, with the suspects leaving behind more valuable items.
• Edward Ross Cunnings, 18, of Cornwallis Drive, Mocksville, was charged with larceny of a vehicle, 2 counts of breaking and entering, conspiracy to commit felony larceny, injury to property, and larceny of a firearm.
• Shyanne Katanna Doby, 18, of Deadmon Road, Mocksville, was charged with breaking and entering, 2 counts larceny of a firearm, larceny of a vehicle and injury to property.
• Patricia Ann Cunnings, 56, also of Cornwallis Drive, was charged with 2 counts of possession of a stolen firearm, 2 counts of possession of a firearm by a felon, and with resisting an officer.
• Warrants were issued for the arrest of Carl Doby Jr. for aiding and abetting in relationship to the shooting.
When officers went to the Cunnings’ Pudding Ridge residence, Patricia Cunnings told them she had thrown the stolen guns into the river.
While officers were looking along the river, they noticed Mrs. Cunnings driving back and forth. Within minutes, she had walked to near the river and picked up the guns and brought them back to her vehicle.
“It appears they were on a little crime spree and Mr. Cunnings, along with others, was probably the central character. Officers are continuing to investigate and trying to determine if other crimes were committed.”
Submit information to sheriff@dcsonc.com or call 336-751-6238.