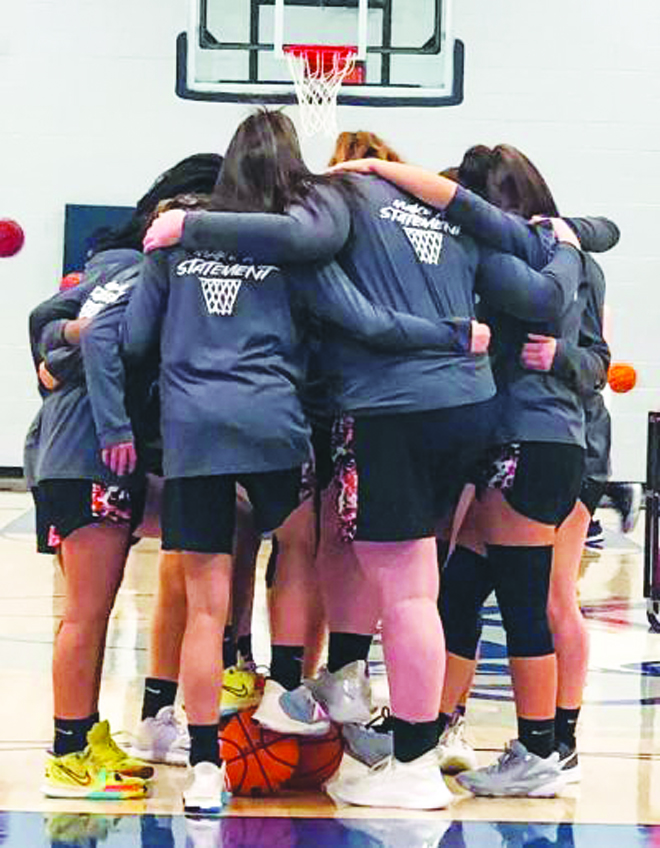 What’s more amazing … how well Nadelie Jones is scoring or how well Kaylee Lynch is rebounding?
In a Central Piedmont Conference game at East Forsyth on Dec. 14, Jones delivered 12 or more points for the fifth time in as many games and Lynch yanked down 18 rebounds, which is only about four above her average.
But it was a marvelous first quarter by Kaylee Lewis that set the tone in a 45-25 drubbing. She had 10 in the opening eight minutes as Davie raced to a 19-3 lead. More impressive, she went 6 for 6 at the foul line during her sizzling start. Davie kept pouring it on as it improved to 2-0 in the CPC.
“Lewis is starting to get comfortable with the role of point guard and giving Nadelie a little break,” coach Lamar Russell said. “Nadelie still plays point guard. It’s all starting to come together now. We’re buying into what I’m trying to teach, which is transition and driving the ball to the basket. And Lewis did that tonight.”
Jones put up 17 points to go with four steals, raising her team-high average to 15.4.
“At the beginning I think she felt like she had to do it on her own,” Russell said. “But now she’s understanding pass it around, get it back and she can get a shot anytime she wants to. For some reason, occasionally they leave her open and she makes them pay for it. She got into the cracks of the defense and worked hard for her baskets. A few of them were set up because of screens up top by Tasia (Tarpley) and Callie (Wisecarver), so I have to give them credit for setting a hard screen and giving her a chance to get to the basket.”
And then there’s the absurdly wonderful rebounding of Lynch, who is averaging 13.6 boards per game.
“When the ball comes off the rim, if Lynch is not close to it, I’m shocked,” he said. “She also was tipping the ball to someone else. Eighteen rebounds is mind-blowing. She jumps out of the gym. It’s hard for girls to get a rebound when she is in there. If she’s not in a position to box out, she can jump over them.”
Lewis finished with 15 points, giving her 25 in two games. Lynch had five. Hannah McMillian had three points and a not-too-shabby 10 boards. Tarpley had three points and Wisecarver two.
The unsung efforts of Tarpley and Riley Potts (nine rebounds) did not go unnoticed.
“Tasia gives me grit that I’m looking for,” he said. “When I put her in the game, I know she’s going to do her job. She played her butt off as usual.
“Riley doesn’t get a lot of minutes, but she had nine rebounds. I love that she comes to practice every day willing to listen and learn. I love when kids play great defense and get boards, and she did that, which led to us getting easy baskets.”
Reagan 36, Davie 32
Davie was without a sick Jones at Reagan on Dec. 17, and the War Eagles sorely missed her while falling behind by eight in the third quarter and losing for the first time in CPC play.
But Davie put forth a tenacious effort without its leading scorer and brought its fans to their feet with a fourth-quarter rally.
“I can’t complain too much,” Russell said after Davie slipped to 4-2 overall. “We had a chance to tie it (in the closing seconds).”
With her team trailing 33-27, Lewis hit a free throw with 51 seconds remaining. After Reagan missed the front end of a one-and-one, Lynch controlled the rebound, was fouled and hit 1 of 2 foul shots to make it 33-29 at :33. Lewis took an inbound pass, rushed across halfcourt and pulled up from the top of the key, making a 3-pointer that pulled Davie within 34-32 at :26.
Reagan, though, eventually sealed the game at the line, staving off a Davie team that gave every ounce it had.
“It was good to see the girls come back from being down eight,” he said. “I couldn’t be more proud of them.”
Lewis led Davie with 11 points. Wisecarver had seven points and six boards. Lynch had five points and 10 boards, her third straght game with double-figure rebounds. McMillian had three points and seven boards. Tarpley and Carleigh Croom had two points each and Ashley Bledsoe had one.
“Lewis did a great job taking over the point-guard duties,” he said. “I think she will relieve Nadelie a little more as the season goes. We can push Nadelie to a two guard and also let Nadelie run the point.”