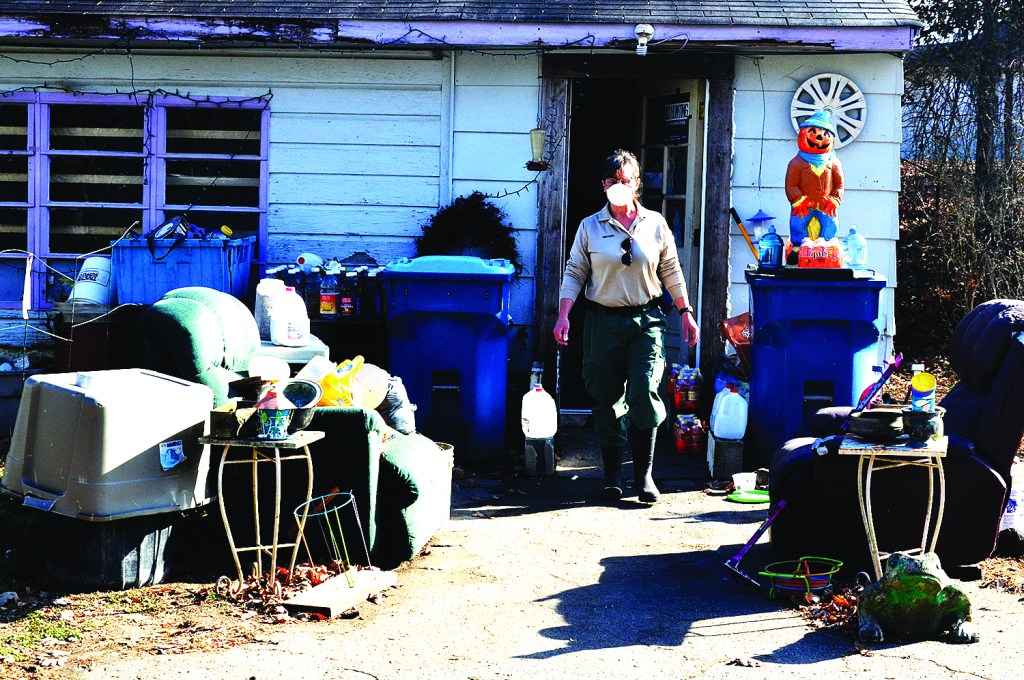 A Mocksville woman faces 19 counts of animal cruelty after a raid on her Elmore Road residence last week.
Alicia Ann Gragert, 59, was charged after Davie Sheriff’s animal control officers executed a search warrant and seized 27 cats and a dog.
“Animal services officers found a large number of cats confined in hazardous living conditions,” said Lisa Nielson, animal control supervisor. “The cats were being held in metal cages piled with feces. the ammonia levels were so high the officer had to leave the house after approximately 30 seconds for his own safety.”
Fire Marshall Cameron Webb found ammonia levels of 100 ppm (the highest level the recording device could read) in one room.
William R. Davie firefighters wore oxygen masks to moved the cat cages to another room with lower ammonia levels before they were transported to the shelter. Thirteen of the cats were untreatable and were euthanized, Nielson said.
Gragert was taken into custody in lieu of a $3,500 bond.