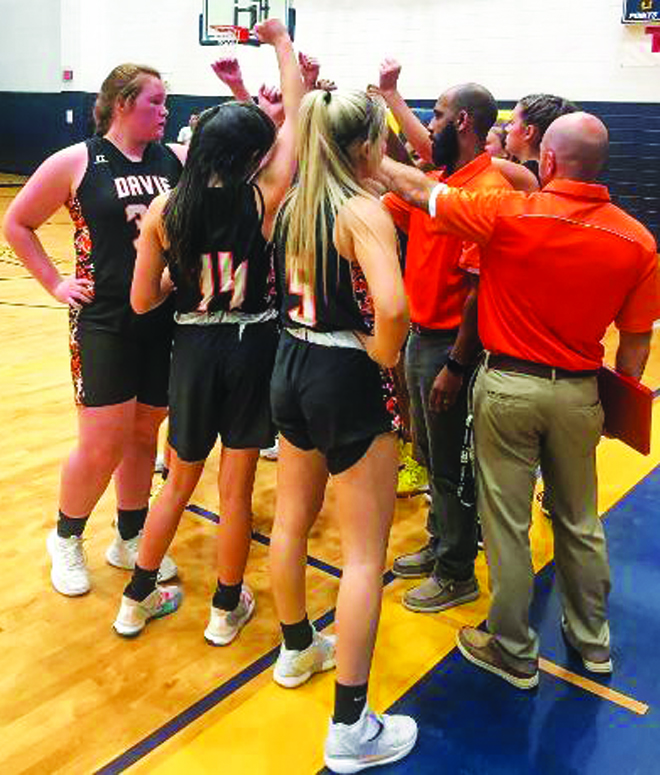 Nadelie Jones of Davie’s JV girls basketball team banged three 3-pointers in the first quarter at Alexander Central.
Now the downside: Jones cooled off, nobody for Davie could find an offensive rhythm after the first and Davie lost 45-31 on Nov. 30.
It was 12-12 after the first. The Cougars went ahead 27-19 by halftime and Davie never threatened again in its second game of the season.
“We just couldn’t find the basket,” coach Lamar Russell said. “Nadelie had a big first quarter, but after that we couldn’t get it in the basket.”
Jones finished with 16 points and 3 assists. Callie Wisecarver had 6 points. Kaylee Lynch had 4 points and 11 rebounds. Tasia Tarpley and Carleigh Croom had two points each. Hannah McMillian had one point.
Davie 26, S. Iredell 22
One day later, the War Eagles (2-1) recovered in time to pick up a road win.
Jones carried them to a 13-6 halftime lead, scoring nine of those points. Things went a little sideways in the second half as South cut Davie’s lead to one. That set up the defining moment, a corner basket by McMillian that repelled the Vikings.
“After that we rolled on,” Russell said. “It was the boost we needed to get back on track.”
Jones scored 12 points by hitting 6 of 7 free throws. She added four rebounds, two assists and two steals. Wisecarver had six points and seven rebounds. Lynch had six points and nine rebounds. And McMillian had two points, four assists and three rebounds.