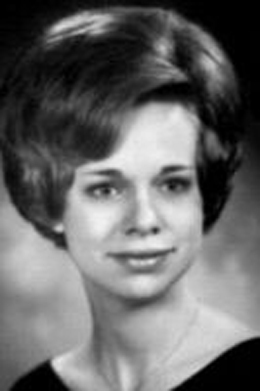 Jane Kyle Garnett, 72, of La Crosse, Wisc. passed into the arms of her Savior on Dec. 2, 2021.
She is survived by: her husband Steve of 51 years; a son, Sean Garnett (Amy) of Auburn, Ga.; daughter, Jennifer Hyer (Adam) of West Salem, Wisc.; sister, Ann Ouchark (Bill) of Sarasota, Fla..; 2 brothers – Bob Kyle (Nancy) of Jacksonville, Fla. and Dr. Jim Kyle (Barbara) of Lewisburg, W.Va.; 8 grandchildren, Kyle, Max, and Gabby Garnett of Auburn, and Judah, Zeke, Silas, Israel, and Ellie Hyer of West Salem; and several nieces and nephews.
Janie was born Jan. 17, 1949 in Princeton, W.Va. to Robert and Margaret Kyle. She spent the first 21 years of her life in Athens, W.Va. where her dad was a coach and athletic director at Concord College. She graduated from Athens High School in 1966, attended Concord for one year, and graduated from Radford College in Radford, Va. in 1970 with a degree in mathematics. She was a 1983 graduate of the University of North Carolina at Greensboro with a Master’s in Education. She was united in marriage to Steve on Sept. 4, 1970 and spent the next several years in and around bases in Florida, Texas, and Puerto Rico while her husband served in the Navy. Janie was a woman of many talents. After realizing a gift for counseling others, Janie obtained a degree in counseling and initially put that to good use opening the Micah Counseling Center in Mocksville in 1984. In 1987 she felt lead to accept a position as an elementary guidance counselor in the Davie County NC school system and enjoyed many years at Mocksville Middle and Mocksville Elementary schools. In 1993 she answered the call to serve on the staff of Macedonia Moravian Church in Advance and later at Cornerstone Christian Church, where she served in a variety of roles, among others Director of Christian Education and Director of Family Life Ministry. In 1996 she was elected to and served a six year term on the Davie County School Board. Janie touched countless lives as a mentor mom with Mother’s of Pre-Schoolers (MOPS) and Sunday school teacher at Macedonia, Cornerstone, and Blaise Baptist Church. In 2011 she accepted a position as Executive Director of the Davie Pregnancy Care Center, ministering to young and expectant mothers, a ministry she truly loved. Janie also found time to volunteer for several years with Forgiven Ministry, an outreach to prisons and families of prisoners. She also traveled on several mission trips to Jamaica, Mexico, and London, England. As the disease which eventually took Janie’s life was in its early stages, she would quite often remark, “I’m trusting Jesus with all this.” This epitomized Janie’s life and is how she wanted to be remembered: as one who trusted in her Lord and who strived to share that love with others.
The family would like to extend heartfelt appreciation for all the Memory Care staff at Eagle Crest South in La Crosse for the excellent care they gave to Janie.
In lieu of flowers, please consider a donation in Janie’s honor to Davie Pregnancy Care Center, 491 Madison Road, Mocksville, NC 27028, or daviepregnancycare.org.
Funeral services will be held at Blaise Baptist Church in Mocksville on Saturday, Dec. 11 at 2 p.m. A memorial service will be held at Crossway Church, 1407 St Andrew Street, La Crosse, Wisc. on Dec. 18 at 2 p.m.
Online condolences: www.hayworth-miller.com.