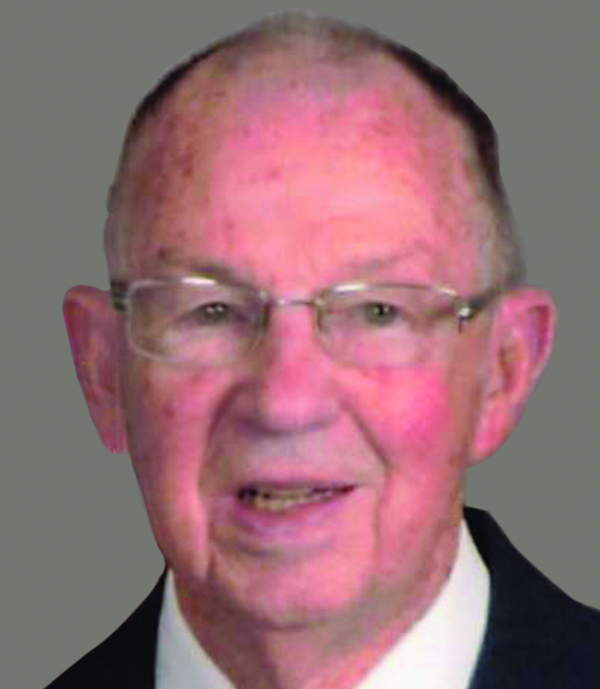 The Rev. Leland Autry Richardson, 88, of Winston-Salem, passed away Friday, Nov. 12, 2021 after a brief illness.
Born in Jackson Springs (Moore County), NC, on June 8, 1933, he was the youngest son of the late Oscar Samuel and Nolia Etta Autry Richardson.
Leland graduated from West End High School, Campbell Junior College (now Campbell University) and East Carolina Teachers College (now East Carolina University). His desire to help others led him to attend Union Theological Seminary in Richmond, Va., where he received his Master of Divinity in 1959. Leland was ordained by the Wilmington (NC) Presbytery on Aug. 2, 1959.
He met his future bride while visiting one of his church members at James Walker Memorial Hospital in Wilmington. His parishioner would not let him leave until she was able to introduce him to her kind and caring nurse, Juanita Inez Reeves. The two wed at St. Andrews Presbyterian Church in Wilmington on Jan. 21, 1962. The couple then accepted a call to First Presbyterian Church of Matthews. While in Matthews, the couple expanded their family by two with the birth of their daughters, Lynne and Karen.
Leland felt called to serve his country and joined the U.S. Army as a chaplain in 1966. The family moved to Fort Bragg, where he was assigned to the 82nd Airborne Division, and subsequently deployed to Vietnam in 1967. Leland received a Bronze Star among other honors for his service.
After returning from Vietnam, the family moved to Fort Benning, Ga. Leland left active duty at the end of 1969, after accepting the call to serve as minister of First Presbyterian Church in Mocksville. He retired from the U.S. Army Reserve as a Colonel in 1993. Leland counts among his most meaningful experiences as a minister speaking at the dedication of the Veteran’s Memorial Monument in Mocksville.
For over 27 years, Leland and Juanita faithfully served the congregation of First Presbyterian until his retirement in 1997. In describing Mocksville, Leland said it was “just a good community to live in – with good people.” He enjoyed working with the church’s youth group and joining with other local churches for special community services. In addition to ministering to his congregation, Leland was known throughout Davie County for his good works. He especially enjoyed serving as chaplain for the Davie High School football team and volunteering with Habitat for Humanity. Leland was named “Man of the Year” by the Civitan Club. He especially hoped to improve race relations “by trying to let all people know that we are fellow human beings created by God.” In June 2000, Leland was honored with the title of Pastor Emeritus of First Presbyterian Church of Mocksville. The couple moved to the Homestead Hills community in Winston-Salem, in 2015, where they joined Parkway Presbyterian Church.
In his younger years, Leland loved running and hiking on the Appalachian Trail. He was a reader of theology and military history. Leland enjoyed fishing, working in the yard, chocolate chip ice cream and Lexington BBQ. After his retirement, he and Juanita traveled around the U.S. with close friends, and celebrated time with family, most especially the “Grands.”
Leland was a beloved husband, father and “Papa,” and a true friend to many. Above all, he was loved by, and loved, God. Even though Leland will be greatly missed by his family and friends, we rejoice that he has now found everlasting life with his Heavenly Father.
He is survived by: his loving wife of 59 years, Juanita; 2 daughters, Joy Lynne Richardson O’Brien (Mark) of Marietta, Ga., and the Rev. Karen Richardson Dunn of Asheville; 5 grandchildren, Kristen Alexandra O’Brien, Matthew Calhoun O’Brien, Grace Autry O’Brien, Dylan Blue Dunn, and Roan Dunn; son-in-law, Ethan Dunn; sister-in-law, Arlene Richardson; brother-in-law, Cecil Reeves; and numerous nieces, nephews and cousins.
In addition to his parents, he was preceded in death by: his sisters, Floyd, Lucille, Eva, and Linda; older brothers, Oscar, William, and Gordon; and infant granddaughter, Clare Joy O’Brien.
A funeral service will be conducted by the Revs. Dana Fruits and Annette Goard on Friday, Nov. 19, 2021 at 11 a.m. at First Presbyterian Church in Mocksville. The family requests that those attending the service wear masks. The service will be available via webcast at https://webcast.funeralvue.com/events/viewer/63708. Those wishing to pay their respects may visit Lambert Funeral Home, 635 Wilkesboro St., Mocksville, Thursday, Nov. 18, from 10 a.m. to 5 p.m. A graveside service will be held at Rose Cemetery in Mocksville. A memorial service will be held at a later date at Parkway Presbyterian Church in Winston- Salem.
In lieu of flowers, memorial gifts may be made to: First Presbyterian Church of Mocksville, Jackson Springs Presbyterian Church, Jackson Springs, NC; Parkway Presbyterian Church, Winston-Salem, NC; and Kate B. Reynolds House/Trellis Supportive Care.
Condolences: www.lambertfuneralhomenc.com.