Whit Merrifield continues to get his name in MLB history books 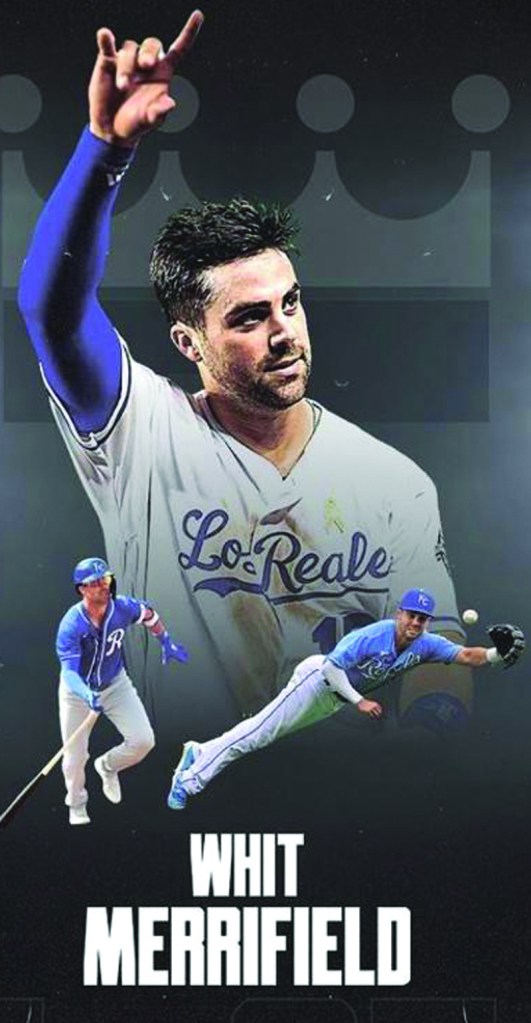 During the 2021 season, Whit Merrifield of Advance put himself in the same sentence with Ty Cobb.
Still, the always hungry Merrifield was not satisfied.
“This year has been strange for me,” the Kansas City leadoff man said during the final week of the regular season. “I haven’t lived up to the bar I set for myself offensively. I’ve done some good things. I’ve had some good streaks, but I haven’t lived up to my standards.”
Royals manager Mike Matheny does not agree with that assessment. In his eyes, Merrifield’s season was terrific.
“How could you be unhappy with that year?” Matheny said.
Merrifield became the seventh player in Major League Baseball history to record multiple 40-steal, 40-double seasons. The others: Brian Roberts (2007-08), Hanley Ramirez (2006-07), Alfonso Soriano (2002, 2006), George Sisler (1920, 1922), Tris Speaker (1912, 1914) and Cobb (1911, 1917).
The only other Royals player with a season of 40 steals and 40 doubles was Johnny Damon in 2000.
He led the majors in at-bats (664), led the American League in stolen bases (40) and tied for the MLB lead among second basemen in defensive runs saved. He was third in the AL in hits (184).
How about this: He’s the first player since Charlie Gehringer in 1929 to lead the AL in doubles and steals.
Matheny said: “He sets the tone when he gets in the box. I believe he’s going to win the Gold Glove. I get it. He holds himself to a high level, and he wants to lead the league in bags. I’m sure he probably wanted another 10 homers. But man, let’s be realistic. This has been a terrific season.”
Merrifield: “Any time you’re on a list with (Cobb), it’s incredible.”
Oh, and Merrifield has played in 469 straight games, a Kansas City record and the longest active streak in the majors.
“I can tell you, after game 162, there wasn’t a day where we thought he needed to take a day off,” Matheny said. “It’s a huge compliment to how Whit prepares.”