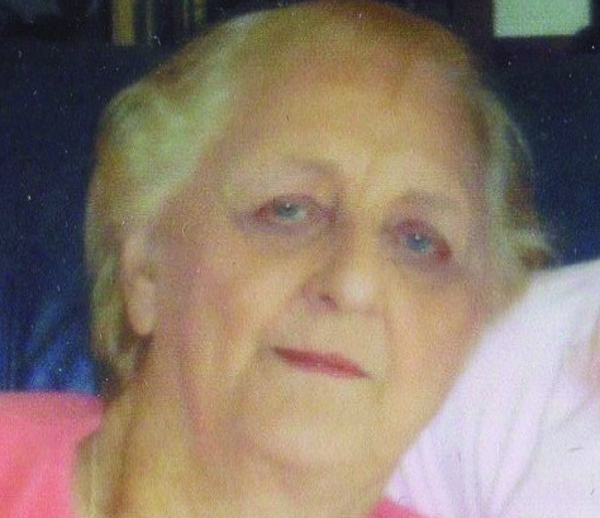 Mrs. Helen Lee “Peggy” Haneline Branham, 93, of Mocksville, passed away Thursday, Oct. 28, 2021 at Kate B. Reynolds Hospice Home in Winston-Salem, after several years of declining health.
She was born on April 26, 1928 in Davie County to the late Jake M. and Carrie Hepler Haneline.
Peggy was educated in the Mocksville schools and was a lifelong resident of Mocksville except for a short time spent in Charleston during World War II, where she met and married her devoted husband, Bill on Nov. 20, 1943. Peggy retired from Hanes Hosiery shipping and was later employed by Trim, Inc. and Gemini Hair & Nail Fashions. She was an experienced seamstress, making clothes and custom window treatments for many. She especially enjoyed her involvement in later years with Prayers and Squares at First Methodist Church, where she was a member for many years. Peggy enjoyed cooking and baking when she was able. She loved flowers and kept a beautiful yard with flowering trees.
Her daughter, Alma, was her loving caregiver in her later years. Peggy loved her little dog, Spirit, who was her constant companion. Family meant everything to her. She was a strong-willed lady who could do anything she determined to accomplish.
In addition to her parents, she was preceded in death by: her step-father, Frank Loman; her husband of 48 years, Willie W. “Bill” Branham in 1992; 2 brothers, Jake M., Jr. and Gene Haneline; 2 sisters, Marlene H. Maw and Barbara H. McDonald; and a dear friend, Robert Jones.
Survivors include: her children, Alma G. Livengood and George Michael Branham (Pamela), all of Mocksville; 3 grandchildren, Lorri Livengood of Clemmons, Amber B. Boger (Jeff) or Raleigh, and Derek Branham (Andrea) of Mocksville; special friends, Milton and Jane Tutterow, Doris Miller, and Wink Hendricks; as well as many other friends.
A graveside service was conducted at 2 p.m. Saturday, Oct. 30 in Rose Cemetery with the Rev. Lori Anne Bowen officiating.
Memorials: Trellis Care of Winston-Salem, 101 Hospice Lane, Winston-Salem, NC 27103; or to a charity of the donor’s choice.
The family would like to extend a special thanks to First United Methodist Church of Mocksville and to the Mocksville Masonic Lodge for being so king to Peggy through the years. Trellis Hospice and Supportive Care also showed her much kindness and compassion in her last days.
Online condolences: www.eatonfuneralservice.com.