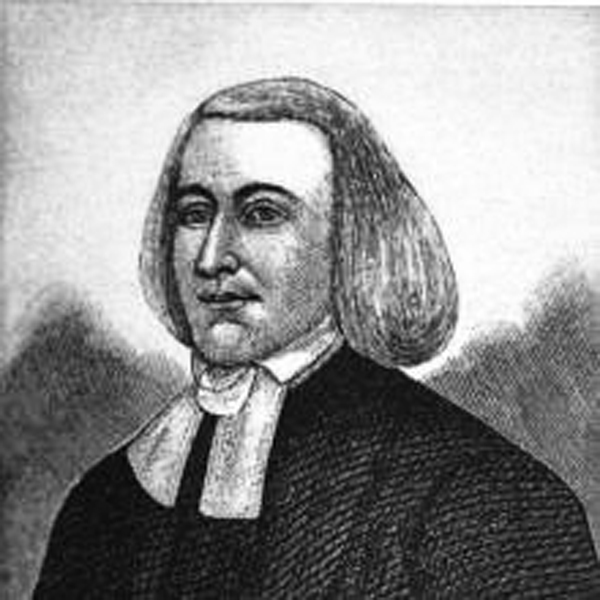 By Linda H. Barnette
For the Enterprise

Another itinerant preacher such as Francis Asbury, although a Baptist, John Gano had a huge impact on spreading the Gospel in what was Rowan County then but is Davidson County now.
Gano was born in Hopewell, N.J. in 1727 to a Presbyterian father and a Baptist mother and showed an early interest in religion. As an adult, he chose the Baptist denomination over the Presbyterian because he believed strongly in baptism by immersion. Although he did not formally attend Princeton University, he did sit in on some classes there as well as continually do his own private study. He was ordained as a Baptist minister in 1754.
In 1775 the Rev. Oliver Hart of the Charleston Baptist Association was authorized to find a person suitable for serving as a traveling Baptist minister. Hart traveled to New Jersey and convinced John Gano to come to North Carolina and serve in that role.
Although Gano would likely have preached at various churches in the area, the one that he is most closely associated with is Jersey Baptist Church, a very early church in what is now the Linwood area of Davidson County.
Jersey Baptist got its name from settlers who came down from Hopewell, N.J. after a series of land disagreements and problems. It seems obvious that Gano would have known about all of this before making such a long trip down South. In any case, the people from New Jersey settled in what is now southern Davidson County and were Baptists.They formed what was called the Jersey settlement and wanted to form a church.
Gano seemed the perfect person for the job. By all accounts, he was a natural leader and a powerful speaker. With his encouragement, the people at Jersey built a meeting house, likely a crude sort of a wooden building which all of the local Baptists, Presbyterians, and Episcopalians used for worship. Before there were a lot of church buildings in the area, that was typical. The church grew and prospered for a few years.
However, because of increased numbers of Indian attacks, Gano left the Jersey settlement in 1760 and went back to New Jersey. History indicates that the Jersey church stopped having services and for many years was without a pastor.
Eventually, the church started meeting again and built a new sanctuary years later, which is now listed on the National Historic Register. The statement of significance reads in part: “Jersey Baptist Church, established about 1755, is the oldest religious congregation in Davidson County. The Greek Revival style brick meeting house, built in 1842-43, is the oldest church building in the county as well.”
After Gano left this area, he became the pastor of the First Baptist Church of New York City, where he served for 26 years.
He did, however, make several trips back down to North Carolina, and on one of those trips, he came to Eaton’s Baptist Church where on March 25, 1793, Isaac Eaton was ordained a deacon by the Rev. John Gano and Lazarous Whitehead. Gano also married for the second time after the death of his first wife to a daughter of Morgan Bryant, who was the widow of Colonel Jonathan Hunt.
After his death, Gano’s descendants claimed that during his time as the personal chaplain to George Washington during the Revolutionary War that he baptized Washington by immersion at Valley Forge. Although some people believe this to be true, there is no extant document or diary in which this is written in order to be proved. Gano kept a diary himself and did not note this event.
Personal Note: In reading the book “Saints and Sinners at Jersey Settlement,” I discovered that my very earliest Hartley ancestors in the area, Richard and Abigail, became members of Jersey Baptist in 1786. You never know what you will find out when you read a lot.
Another note of interest: the Davie County Library has a great collection of church records and histories if you have an interest in particular churches. See Marcia Phillips in the History Room.

Clark to speak at Shiloh homecoming