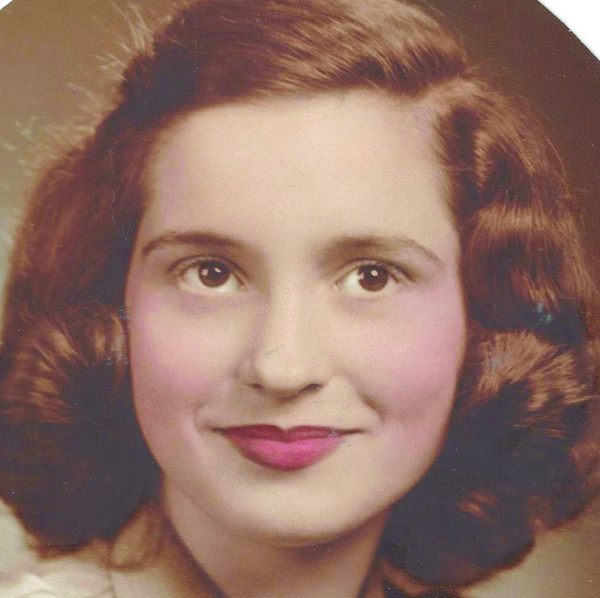 Lillian Marie Pettyjohn Fesperman died on Oct. 23, 2021.
Mrs. Fesperman was born on April 5, 1934 to Mr. and Mrs. John J. Pettyjohn in Winston-Salem,. She was preceded in death by her husband, William DeBerry “Dub” Fesperman; her parents, John Pettyjohn and Dovie Barker; her brothers, JV Pettyjohn, Glenn Pettyjohn, Fred Pettyjohn; special stepbrothers, Wally Lewis, Wayne Lewis; and stepmother, Rachel Lewis Pettyjohn.
Surviving: her daughters, Sandra Fesperman Honeycutt, Anne Fesperman Foster (Garry); grandsons, Joshua Honeycutt (Lisa), Sam, Will and Clayton Foster; and a special stepbrother, Scott Lewis.
A 1952 graduate of Gray High School, she married her high school sweetheart, Dub Fesperman, in 1953 and moved to Durham where he attended Duke University. The family moved several times due to his coaching and football scouting career. Frequent moves presented new cultures, homes, and churches. Priority was placed on finding a church home so the children would be able to continue in their understanding the value of knowing Jesus Christ and the application of principles of faith in their lives. She believed that God guided the family to churches where there was growth in Bible studies and which also provided friendships lasting a lifetime. Throughout the years, she was active in church as a deacon; teacher of teens and older adults; serving on committees as well as active in missions. It was her desire to learn the value of God’s spiritual riches that could never decay or be stolen. The truths of forgiveness, mercy, love, righteousness and prayer were essential in how she lived. She credits her mother for setting an example as a Christian, listening to her pray aloud each night while kneeling by a kitchen chair. The Sunday school teachers in the early years at Southside Baptist Church played an essential part in her coming to know the Lord. She was baptized at age 11. Love for helping others was demonstrated throughout her life. Several people asked her why she tended to gravitate toward people standing alone or those who seemed shy. Since she was outgoing and loved people, it seemed natural for her to talk to folks and even strangers. She concluded that God led her to reach out to everyone – especially the lonely, bereaved and those who God brought to her.
For a number of years, she was employed by W-S Goodwill Industries as director of human resources, and as a case manager for people with physical and intellectual disadvantages. She felt working there was an extension of her faith. While living in Moore County, she was president of the Moore Republican Women. She also served on the state level of the Republican party on the central and executive committees. A highlight was being invited and attending the 54th Inauguration, of George Bush. She loved china painting, as well as writing short stories and poetry. She wrote about her growing up years, family life, Dub’s coaching/scouting career, their many moves and experiences during the years–many of which brought laughter to the family.
A private family service will be conducted.
Condolences: www.hayworth-miller.com.