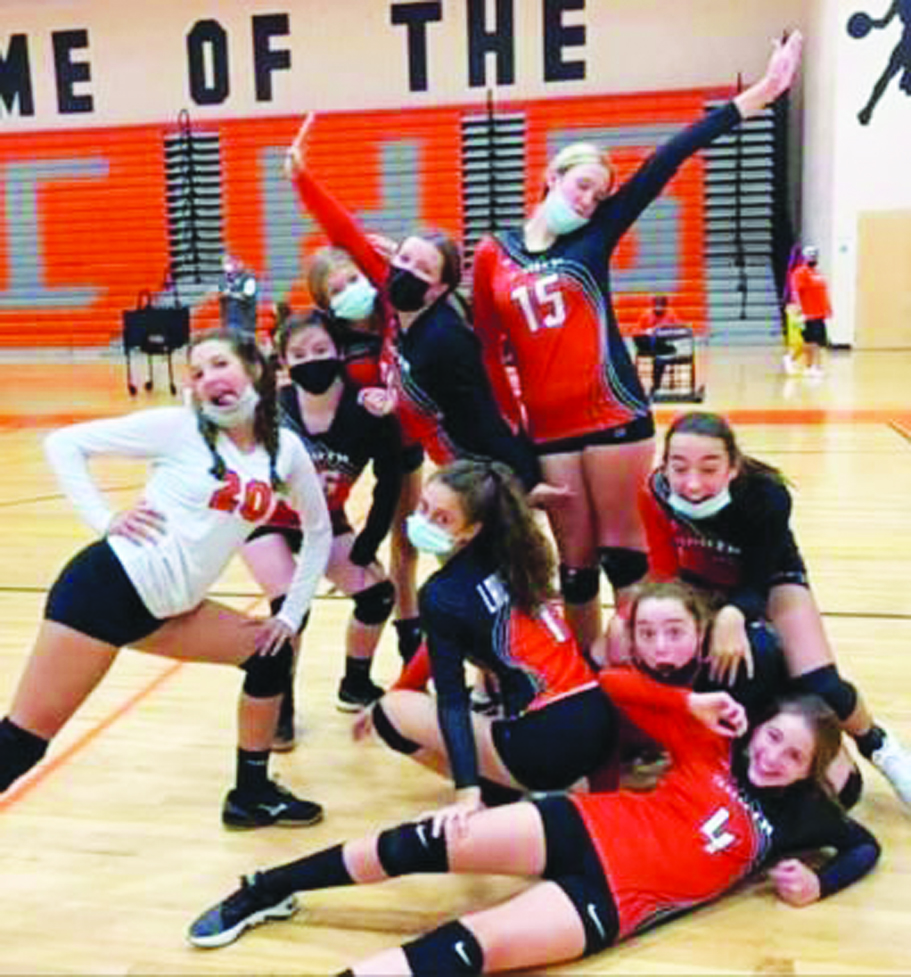 South Davie’s volleyball team was seeded below North Davie and Wesleyan Christian Academy, but the Tigers found another gear in the Central Carolina Conference Tournament and walked away with the trophy.
The top four team qualified for the tournament, which was held at Davie High on Oct. 13.
Second-seeded North Davie and No. 3 South met in one semifinal. The teams split two regular-season meetings, but South had just enough oomph to climb past the Wildcats by scores of 28-26, 25-21. The Wildcats’ season ended at 8-5 record.
No. 1 Wesleyan beat No. 4 Summit in the other semifinal. The championship match went three sets, with the Tigers surviving to claim their first conference title since 2002. What made the moment sweeter was the fact the Trojans (8-3) beat South twice in the regular season.
“We came out ready to play,” coach Gloria Chalmers said. “I think the win over North gave us the confidence we needed to win.”
The Tigers won the first set 25-18. However, they had a meltdown in the second set, losing 25-7. With their fans pumped up, South took the third set 15-10.
“The crowd was really into the game,” Chalmers said. “I told the girls we had nothing to lose. We were the third seed; they were No. 1. They had everything to lose.
“After we lost the second set – they came out and killed us – we came out ready to play. We were a totally different team. The crowd was going crazy. Julie Snow was getting all the parents into it. After we lost the second set, they decided to start chanting. That’s all the girls needed.”
Snow said: “This is almost better than a Duke-UNC game.”
After starting a modest 2-3, the Tigers (10-4) enjoyed an 8-1 thrill ride down the stretch, including a four-match winning streak. The end was something nobody from South will soon forget. After the final point, they exploded into one wild burst of emotion.
“That is why I coach, seeing their faces in that moment,” Chalmers said. “It was just amazing. I wanted to start crying from watching the girls celebrate.”
The roster included Addie Brown (setter), Isabelle Branham (setter), Grace Ratledge (middle), Raney Phelps (setter), Lana Kruger (middle), Skylar Dalton (libero), Adisen Whitaker (outside hitter), Olivia Wagstaff (defensive specialist), Grace Goodman (outside hitter), Jayden Cotheran (outside hitter) and Halle Joyce (defensive specialist).
“This was one of the funnest teams I’ve ever coached,” Chalmers said. “Our main focus was we’re a family on and off the court. They’re your sisters and you’ve got your teammates’ backs. They are friends on and off the court and they built each other up if one got down. It was really a family atmosphere, which is what I try to create with my teams.”
Jessica Branham said: “South Davie made us all so proud. Their team spirit and hard work has made them a fun team to watch all season. Winning the championship was just icing on the cake.”
Chris Branham: “Our girls never gave up and stepped up to the challenge in both games. It was impressive watching them play as a team and ultimately win as a team. We are extremely proud of this team and of what coach Chalmers has accomplished with these girls. Many thanks to her for all that she does for these girls.”
Assistant coach Curtis Chalmers: “This win was all the girls’ doing. They played the game, played together and had fun, and that’s a win in our book no mater what the outcome is.”
Meredith Wagstaff: “I am so proud of every girl on the team for their standup sportsmanship, constant encouragement, support of each other and determination to play hard while having fun. Coach Chalmers has not only worked to improve their skills and self-confidence as athletes, but most importantly, make sure they are people with good character. This kind of team experience and mentoring is something every parent wishes for their child.”
Carrie Ratledge: “This was a heart-stopping end to an amazing season. This team has worked so hard and improved tremendously with the guidance of an incredible coach. This team truly loves each other and this game.”

Davie nails down share of first in conference volleyball…