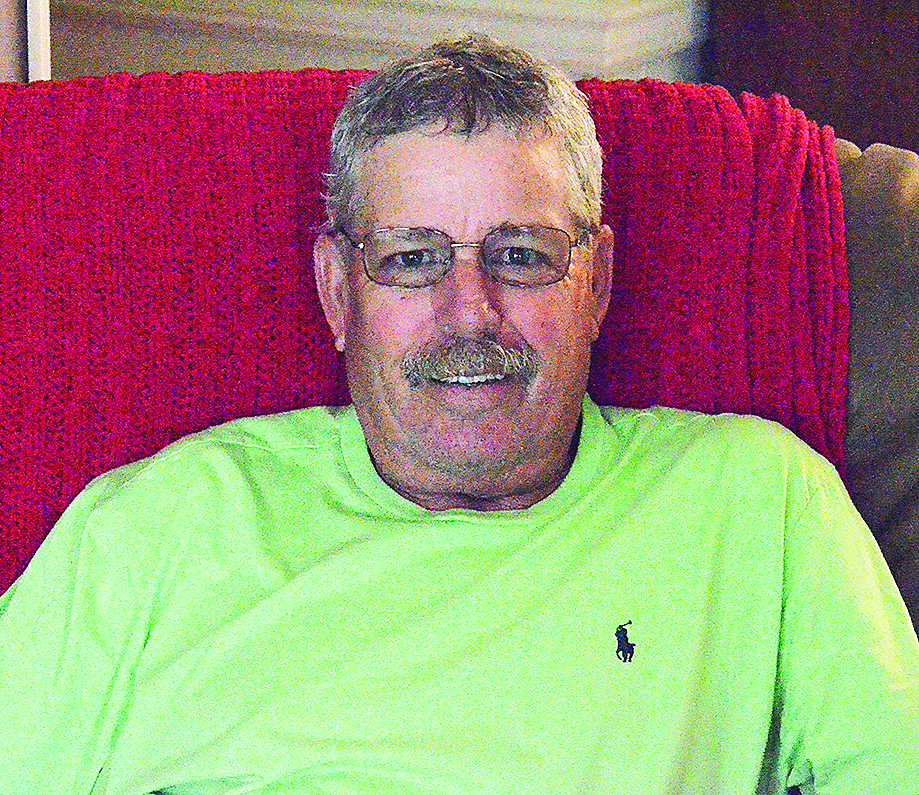 ADVANCE – Stan Pack stays busy.
But nowadays, you’re just as likely to find him waiting in the car rider line at a local school to pick up a grandchild rather than nailing shingles to a roof.
Life-threatening situations change a man that way.
He had been diagnosed with lung cancer, then severe COPD, then brain cancer.
“One thing cancer does, it gets you to set your priorities right,” he said. “You get right spiritually. You learn that family and helping others is what is important. Before cancer, there’s no way I would have done that (pick up his grandchild from school).”
It’s a pretty drastic change for a builder and part-time farmer who literally worked all of the time.
His first diagnosis wasn’t good. There was an 18 percent survival rate. Those percentages didn’t get better as his health worsened.
“I guess the good Lord had more for me to do. In my prayers, I would ask God to let me stay here at least long enough so I could help take care of my mother. He answered those prayers (She died in 2018.).”
Pack not only worked a lot, he loved to work. But for three years, he couldn’t raise his right hand above his head.
The journey started in 2015, when he suffered from pneumonia twice. A spot was detected on one of his lungs. It was diagnosed as Stage 3 cancer. Doctors told him that his COPD was so bad, he couldn’t survive surgery. He got an infection in the lung that wouldn’t go away. At times, he would lay on the floor, wondering if he could take another breath.
Eventually, they did that surgery and removed the cancer on his lung. About this same time, that spot on his brain hadn’t gone away. It needed to be removed.
He went through multiple rounds of radiation and chemotherapy. “I was scared to death,” he said.
The problems didn’t end there. He contracted pnuemonia again while going through treatments. It happened about every two weeks after recovery.
A smoker, he quit cold turkey and never looked back. But Stan Pack was strong, and with his family and faith, he made it through. His oncologist calls him the “miracle patient.”
At one point during his diagnosis and treatment, he and wife Jody sat down to get their affairs in order because they didn’t think he would live. That same family stayed by his side. They created a Relay for Life team to help fund cancer reserch and to help other cancer patients. They, too, learned what is really important.
“It means a lot to have a supportive family,” he said.
Pack still works as a builder with his son, Brad, but he knows to slow down when he feels tired. He’s not as much help on the cattle farm the family operates as he once was, but he “can drive a tractor all day.”
A smoker, he quit cold turkey. “It wasn’t that hard to quit. It’s amazing what you can do when you’ve got a gun to your head.”
Like many men, Pack wasn’t a regular visitor to a doctor’s office. When he went in 2015, it had been so long that the office had a route number for his address. “Now, if anything seems wrong, I’m ready to go.”
He’s working on a bucket list, the first was putting up a swing in the yard as soon as he was able. He also likes to travel with his wife. On their last excursion, with no concrete plans, they ended up in Huntington Beach, Calif. Of course, they stopped to see the country along the way.
“Every year since 2015, I have improved. I feel very blessed. Mainly, it’s just knowing that family comes before anything. Family comes before everything. I’ve never heard anybody on their death bed say ‘I wish I would have worked more’.”