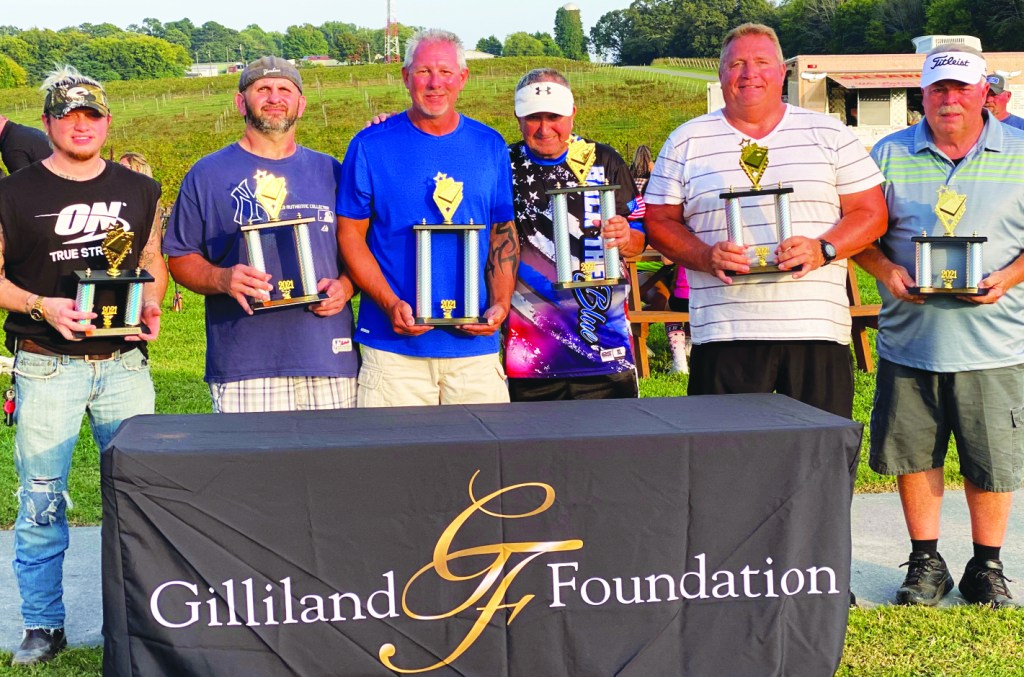 After 93 cornhole games featuring 96 players, 48 teams and 12 sets of sponsored boards, it all came down to four players on two teams.
The inaugural Gilliland Foundation Cornhole Tournament, presented by Bank OZK, lived up to its billing.
The tournament was held at RayLen Vineyards & Winery, and more than 200 people watched and participated. Damon Landreth and Tim Overby defeated the team of Benny Shaw and Dean O’Neal to capture the initial championship.
“This tournament was classy and well organized. It was an honor to be a part of this special event and support the Gilliland Foundation,” said Damon Landreth.
Gilliland Foundation Board Chair Diane Gilliland said: “It would not have been possible if it were not for the generous support of title sponsor Bank OZK, and the generosity of Penry Terry & Mitchell, Overhead Door of Greensboro, Candido Landscaping, Carolina Center for Eye Care, C& Pool Service, Davie Construction, EXG Brands, Lance’s Fine Art, Mid Carolina Diesel, Piedmont Advantage Credit Union, Trailers of the East Coast, and Weathered Rock, who supported the tournament by donating cornhole boards that were custom designed with their respective colors and logos.
“The custom boards were remarkable, and the attention to detail in organizing the tournament was second to none,” according to Peter Agiovlassitis, who brought his family from Raleigh to play in the event and enjoy all of the festivities.
The band “Tin Can Alley” was also part of the event, and several food trucks, including Glazed and Dazed, which was a hit with their homemade donuts.
“This tournament would not have been possible without the tremendous support we received from our sponsors, the people who registered and paid to play, and the wonderful association with RayLen Vineyards and Winery,” said Board Vice-Chair Ann Logan.
The Gilliland Foundation and RayLen Vineyards and Winery have agreed to make this an annual event held in October. The annual event will benefit children battling cancer. For more information on the foundation, visit https://gillilandfoundation.org/events/.