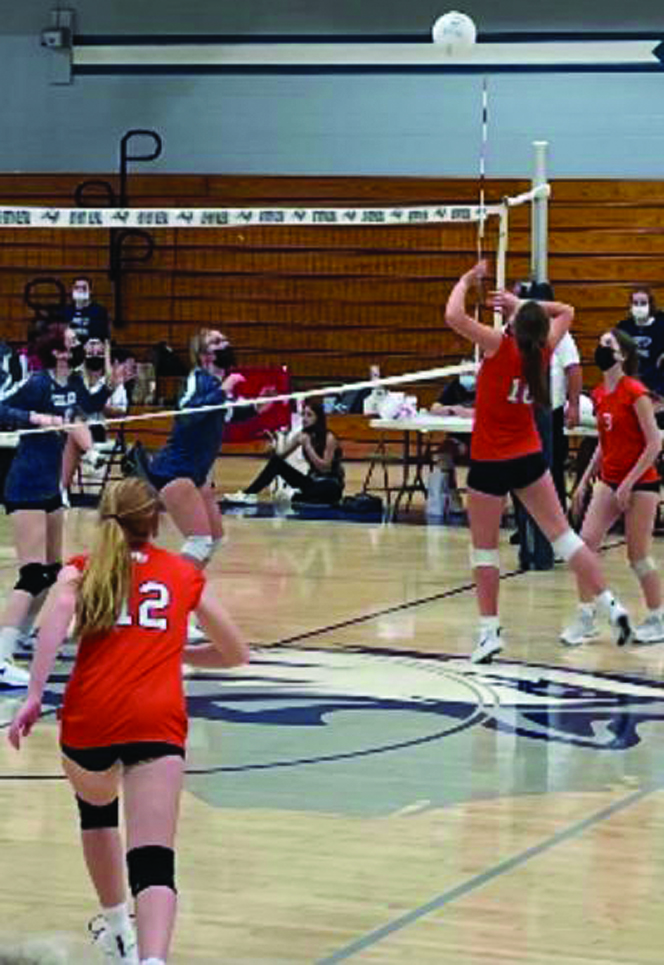 When sophomore Taylor Smith of Davie’s JV volleyball team suffered a season-ending knee injury a month ago, that could have diminished Davie’s season.

It did not. Enter Emma Willard. When Davie bounced East Surry and Mt. Tabor last week, it held an eight-match winning streak.

“Taylor started the season as the libero after finishing last season as the libero,” varsity coach Amber Brandon said. “That’s been a really big loss. She provided the calm and the steady on that team. We talk a lot about managing your emotions and playing within yourself, and she’s a kid that does a really good job at that.”

When Smith went down, Williard assumed a major role. Brandon heaped praise on the freshman.

“When Emma came to the first tryout, I tagged her as another Peyton Justice,” Brandon said. “When Peyton was on JV, even though she was super undersized she hit on the outside. She understands the game and knows the flow of the game. On JV, she was a perfect outside hitter. She kept the ball in play, made good decisions and we never had to take her off the floor. That’s what we thought Emma would do, that she would play six rotations on the outside and when she transitions to varsity will do kind of what Peyton did and slide in the defensive specialist/libero role simply because of her size.

“Emma dealt with a shoulder injury early in the season, which stopped some of the hitting and made her focus on the backcourt, making sure that was a strong part of her game to keep herself in the lineup. She’s doing a great job. She’s talking and getting more comfortable in that role. It’s just something she hasn’t been super exposed to, and she’s having to train her mind and flip from an offensive mindset to my job is to keep the other team from scoring.”

After taking care of East Surry and Tabor in two sets, the War Eagles’ winning streak ended in a 2-1 loss at West Forsyth on Oct. 7 as the Titans got revenge for a three-set loss to Davie on Sept. 14.