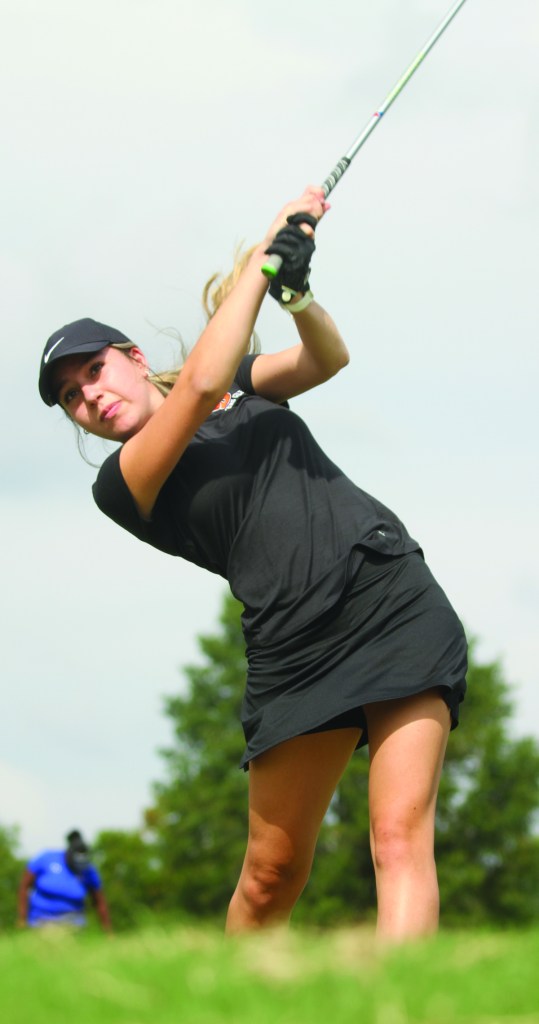 Davie golfer Annika McDaniel opened her senior season with an uncharacteristic 54 at Winding Creek. The two-time all-conference performer looked more like herself in the next two meets (44 at Pine Knolls, 46 at Salem Glen), but she was overshadowed by teammate Emerson Vanzant, who has come out of nowhere to become Davie’s No. 1 player in 2021.

But McDaniel rose to peak form at Oak Valley on Sept. 20. The senior carded a 5-over 41, birdied a hole and finished fourth overall against the Central Piedmont Conference field.

“Her driving has always been the strongest part of her game,” coach Bob Donley said. “She is absolutely unafraid to swing aggressively at the ball. She is as long off the tee (around 250 yards) as anyone in the conference, and she has become a good putter this season.”

McDaniel has long been relevant for the War Eagles. She cracked the all-CPC list by averaging 44.1 strokes as a sophomore and 43.8 as a junior. This 5-over effort represented a career day. Her previous best scores were a pair of 6-over 42s last spring.

“It was her driver and putting,” Donley said after McDaniel turned in Davie’s finest nine-hole round since Kyleigh Harnsberger’s 4-over 40 at Oak Valley on April 13, 2021. “She played with a lot of confidence. She was long and in play off the tee, had birdie putts on six of the nine holes and did not have any three-putts.”

Vanzant was second for Davie and seventh overall with a 43. The 7-over performance was no surprise after the junior shot 45, 24 (for six holes in a weather-shortened match) and 42 in her first three outings.

Then there was a 49 from freshman Kate Sakai, who broke 50 for the first time in her young career and had a birdie.

Volleyball team getting healthy at the right time