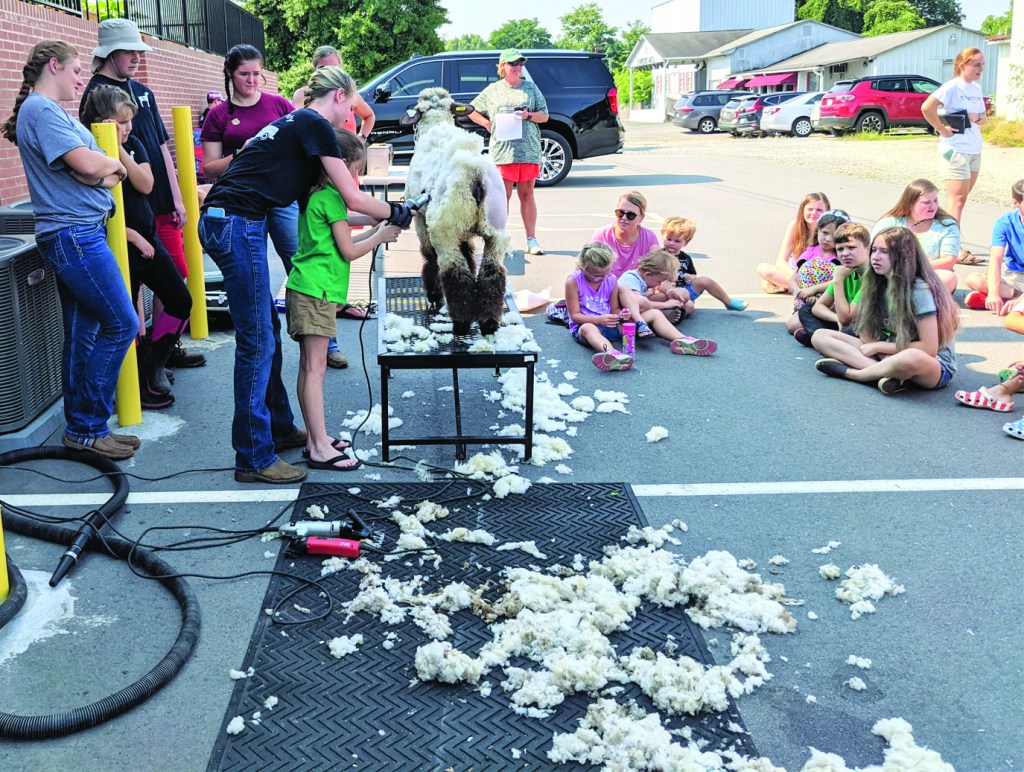 Over the summer months, members of the Davie Future Farmers of America (FFA) livestock team began working with their lambs.

“Despite the challenges we made it to three shows which included the Yadkin- Davie 4H show, Iredell County Fair, and the Mountain State Fair,” said sponsor, Jesse Ledbetter. “The team earned many first place ribbons but the highlight was grand and reserve champion at the Mountain State Fair in the other breeds class, as well as grand and reserve champion at the Yadkin- Davie 4H show. “

Nathan Haskin, a 4-year participant and graduate of Davie High School, had never won first. The Mountain State Fair changed that.  “I am inspired,” he said. “I feel like all my work has paid off.”

This year students worked with four breeds of sheep including Suffolk, Hampshire, Southdown and Dorper.

Bailey Dyson worked with a Dorper named Biscuit. She had only worked with Hampshire in the past. “It was much different working with Dorpers,” she said. “They are haired sheep which are not typical show lambs. At first they were difficult to work with but they have grown on me.”

Addison Hendrix, a sophomore, started off the year strong with a first place in showmanship at the Yadkin- Davie 4H show.  “I was excited. The judge said that I had a big future in showing.  This really helped my confidence,” she said.

Ledbetter said: “We showed more lambs this year than we have ever shown. The students took on this challenge well. I hope the success this year will encourage others to participate in the coming years because we will be losing four members of the show team that have played a vital role in our success.

“It has been exciting to see the team come together and work seamlessly as the year progressed.  Sheep are not easy to show, it takes more stamina and strength than you would think. It takes courage to get into the show ring with participants that have been showing since they were 5.”

“I will miss the livestock team,” said Karsyn Whittaker. “I have made some great friends that have become my home away from home.  Before the show team I had only been exposed to horses. Horses are quick learners. With sheep you have to be extremely patient. It is extremely frustrating to work with a lamb all summer and get them in the ring to have them just not move. You just smile and carry on.”

The FFA livestock team also helped put on a sheep demonstration on at Cognition over the summer. Students demonstrated showmanship skills and spoke to kids about sheep breeds and nutrition.

“Working with our lambs is something I look forward to. Sharing this joy with others makes me happy,” said Holt Carter.

“FFA makes a positive difference in the lives of students by developing their potential for premier leadership, personal growth and career success through agricultural education,” Ledbetter said.