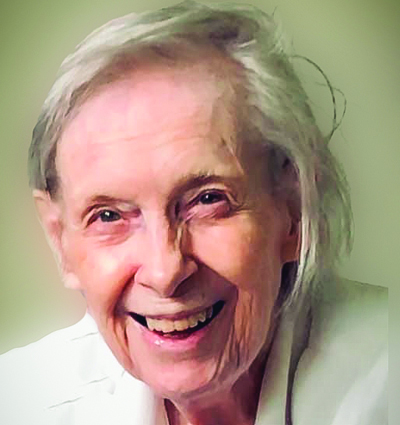 Anne Boger Sigmon, 88, of Hamptonville, died  on Friday, Sept. 17, 2021 at Cadence in Clemmons, surrounded by her daughter, son-in-law, stepson, and sister.

She was born in Yadkin County on Feb. 13, 1933 to David Leroy Caudle and Flora Hinkle Caudle. She attended West Yadkin High School. She was a natural musician and began playing piano in church at 11 years old. She studied organ, piano and choral direction over countless years. As a teenager, along with her sister Corene and friend Dorothy Brown, she formed the “Longtown Trio,” which later produced a record as “The Melody Three” or “Melody Four.” Upon graduation she took a job at Western Electric in Winston-Salem where she worked on the SPG 25 radar technology being used in the war. At Western Electric she met a budding engineer, her future husband Lawrence. Shortly thereafter she went to work for Hanes Corp. where she worked her way up from the sewing floor to secretary for a vice president. When her son Mark was born, she was happy to leave Hanes because as she put it, the Yankee boss men just cursed all the time. She dedicated her life to raising her children and providing support to the church.

After the passing of her first husband, she married the the Rev. Larry Donald Sigmon in 1983 and filled the role of a pastor’s wife. They pastored together for more than 17 years. For 42 years she served in capacities at the First Pentecostal Holiness Church of Winston-Salem including organist, pianist, choral director and pastor’s wife. She was most proud of her accomplishments as a musician, and for having raised an engineer who insured the integrity of skyscrapers (Mark), and a professional classical singer and voice and piano teacher (Martha). She ministered to thousands through music and empathetic spirit. She was only truly known by a handful.

She was preceded in death by: her parents, David Leroy Caudle and Flora Hinkle Caudle; her husband, William Lawrence Boger; her son, Mark A. Boger; and 5 of her 6 brothers and sisters, Gerald Caudle, Harold Caudle, Albert Caudle, Bobby G. Caudle, and Corene Hayes.

A graveside service will be held at noon on Saturday, Sept. 25 at Longtown United Methodist Church Cemetery, Yadkinville.