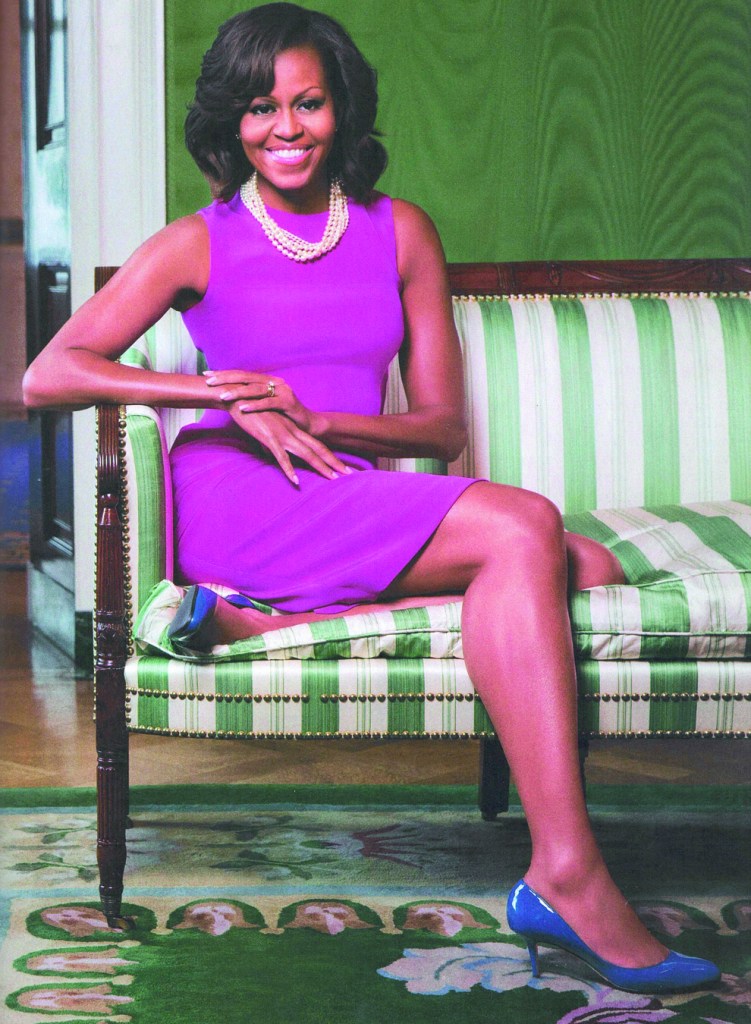 There have been many books written about and by the First Ladies of the United States, including Michelle Obama, the wife of the 44th President, Barack Obama.

Probably the most interesting Michelle Obama book is the one written by Mrs. Obama herself, “Becoming.” The copyright date of the book is 2018, a year or two after the Obamas left the White House. Anyone who enjoys reading about people and modern history should find the book interesting.

On Jan. 17, 1964, a baby girl was born to Marian Robinson, a homemaker, and Frazer Robinson, an employee of the city, who worked at the water filtration plant tending the boilers.  The Robinsons named their daughter, Michelle LaVaughn. Mr. and Mrs. Robinson had one other child, a son named Craig.  Craig loved his baby sister from the day that she was born and was always her protector.

The Robinson family lived in a small upstairs apartment in the home of a relative, which was located in a South Shore community of Chicago, Ill., called Southside. That community remained the home of the Robinson Family even though many from that area moved to the suburbs. The Robinson apartment was small but it was a home with loving parents who wanted the best for their children.

Mr. Robinson had multiple sclerosis, but he went to work every day at the water plant because he was determined to give the family everything they needed. Mrs. Robinson worked equally hard at home, doing everything possible to make home a pleasant place for her family.

Michelle’s great-aunt, Robbie, and great-uncle, Terry, owned the house where the Robinsons lived. They lived in the downstairs area.  Michelle’s Aunt Robbie was a tough piano teacher, who meant for her students to follow the book without any deviation. Michelle took piano lessons from her aunt and she was a good student, who one day decided that she knew enough to move on in her book.  Once Aunt Robbie found out what was going on, she took care of the situation in such a way that Michelle followed the order assigned from that day forward.  Michelle said Aunt Robbie taught her many lessons, which helped her for the rest of her life, not just how to play the piano.

Michelle went to public school near her home. She could walk home for lunch. She often took other girls home with her, and her mother had a good meal for all. She was a good student and was accepted at the outstanding Whitney Young Magnet High School which was across the city from her home.  Michelle rode a city bus for 90 minutes to get to school, making a transfer in the middle of the city. She then had another 90-minute ride to get home.

Michelle was accepted at Princeton University after graduating from Whitney-Young. Her brother had gone to Princeton where he was a basketball star which paved the way a bit for Michelle but she still found some things at Princeton difficult.  Michelle often found herself the only female and the only person of color in a class. That within itself was an experience, but she learned to hold her own in those situations. She graduated from Princeton in 1965. The question that she dealt with all of her life was-“Am I good enough?”  She could finally answer, “Yes, I am.”

After  Princeton, Michelle Robinson entered Harvard Law School. She was successful there. After graduating from Harvard and passing the bar, she was a full-fledged lawyer. She got a job making a great salary at a prestigious law firm in Chicago, Sidley and Austin. It seemed that she had arrived. While there she was asked to mentor a summer associate.  She agreed. The associate arrived in her office, a tall, smiling, young man of color, Barack Obama.   She worked with Obama in a most professional manner for some time. Finally Barack asked Michelle, who was really his boss, to go out to dinner with him.

As you may know, that was the beginning of something that has lasted. Michelle and Barack were married sometime after Barack graduated from Harvard Law School in the Rev. Jeremiah Wright’s church with hundreds of Michelle’s relatives, which included, aunts, uncles, cousins, and a few of Barack’s family members there. The newlyweds moved in the little apartment on Euclid Avenue where Michelle grew up. Her aunt and uncle had died and left Michelle’s parents the house so they had moved downstairs.

At some point, Michelle became disillusioned with corporate law—she no longer felt that she was helping people. She decided to accept a job which paid half as much as the job as at the law firm, but she felt that would be doing something more worthwhile. Her first job was at the mayor of Chicago’s office. As time passed, she moved to other jobs–one at the University of Chicago and another at the University of Chicago’s Medical Center. She also founded a non-profit called Public Allies.  During those years, she and Barack had two daughters, Malia and Sasha.

Barack decided to run for the Illinois legislature.  He won a seat there and spent the next several years traveling back and forth from Chicago to the capital, Springfield. That left Michelle to juggle the mother and business woman roles. Since those years, she has always had sympathy for working mothers.

Barack decided to run for the U.S. Senate, but Michelle was not in favor because she knew that he would be away from home even more.  He felt that he could help people more by being in the US senate than in the Illinois Senate so run he did. He was elected. After he had served in the Senate for about three years, he decided to run for President.

Again, Michelle was opposed, but Barak prevailed. After his decision to run was final, Michelle did everything she could to help him win in the primary and then in the race against the Republican candidate.  Michelle’s mother, Marian Robinson, took over much of the care of the girls while Michelle campaigned as hard as she could for her husband. She was praised in some places and she took some mighty hard criticism in others. The criticism bothered her mightily, but she finally realized that it was just part of the game.

Even though she traveled far and wide speaking on Barack’s behalf, she always tried to get home to tuck her daughters in bed at night.  In other words being a mother was still her number one priority.

Barack Obama, the first African-American to become President of the United States, was inaugurated in January 2009 and he and his family moved into the White House. That was a big move for the Obama family. Michelle’s father had died some years earlier, and she finally got her mother, Marian Robinson, to agree to move to Washington with them. This was important to Michelle because the girls would have their grandmother there if she had to be away. Michelle’s’ first priority was getting her girls settled and into the school that best suited their needs. They were enrolled in Sidwell Friends School which worked well.

There were many things to get used to after they moved to the White House. One was the constant presence of the Secret Service agents. The Obamas appreciated their work but it was a difficult adjustment. Michelle declared that her first priority was being “mom in chief.”

After her family was settled, she wanted to use the platform which being First Lady provided to work on issues which she thought important. She began planning a children’s’ health initiative. That involved having the correct food to eat and getting enough exercise. One of the things that she did was plant a garden at the While House. She had trouble getting the groundkeepers to agree, but she finally got everyone on board. She then invited children from low income areas to help her plant a garden. Some of the same children who helped her plant came back and helped her harvest the vegetables.  The White House chef taught them how to cook the food and then let them eat it.  Then she tried to get legislation passed to make food in school lunchrooms more nutritious. She had some success – millions of children had more nutritious food to eat each day. That initiative was call “Let’s Move.”

Barack Obama won re-election. The second term ended in January of 2019 when Donald Trump was inaugurated as the 45th President of the United States.

The Obamas bought a house in Washington and decided to live there so their younger daughter could finish high school at Sidwell Friends. Their older daughter had graduated and was enjoying a gap year.

After retirement, the Obamas have both written books and have continued to be interested in all that was going on in government, but they have left the business of governing to the next administration.

The publication, Life: First Ladies, said, “By the time the Obamas left the White House, Michelle had become a beloved pop-culture icon. A 2016 Gallup poll indicated that 64 percent of Americans held a favorable opinion of her—a solid mark for any First Lady.”