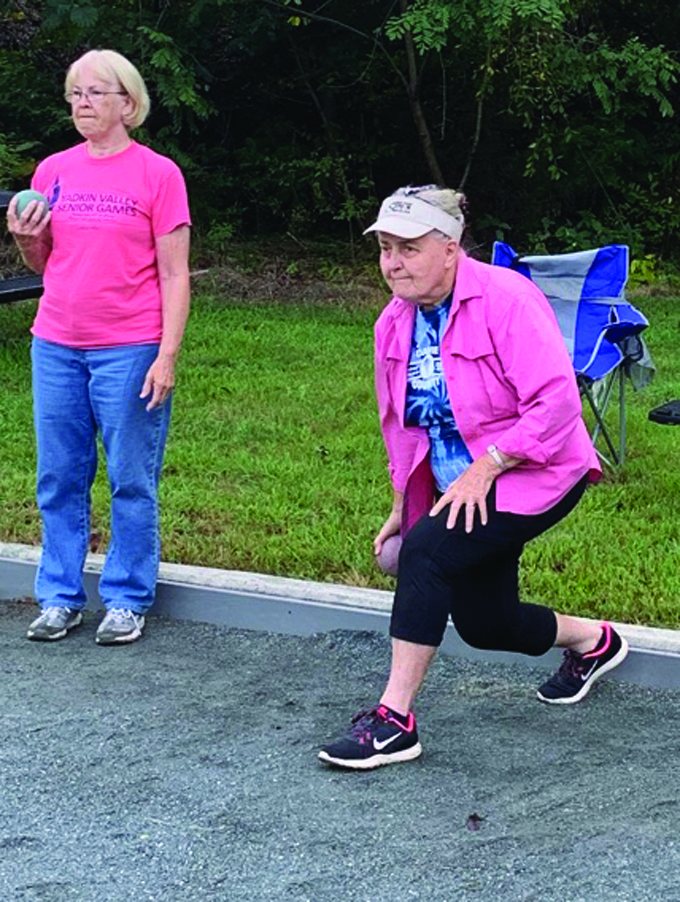 Davie County Senior Games came home with the trophy from the Piedmont Senior Champions Tour, a prelude to state competition.

Local games are played in spring followed by state finals in fall. The Piedmont tour was created in 2018 to create a regional competition to prepare for state finals.

The tour (PSCT) is comprised of the Davie County Senior Games, Piedmont Plus Senior Games, and Yadkin Valley Senior Games. Since there are three Senior Games teams involved, each hosted a sports event at a location local to their games.

Shuffleboard was at Bermuda Village on Aug. 31. This was a new event for the Yadkin Valley Senior Games players. Players were placed in a pool and played against the other senior games teams. The players helped the newcomers and shared tips and tricks. The teams took their own score and turned it into the coordinator at the end.

Mini Golf was at Hardy’s Custom Golf in Mount Airy on Sept. 2. Hosted by Yadkin Valley Senior Games, this was the first year mini golf was defined as a Senior Games event.

Like Shuffleboard, the players were put into a pool and played against the other two Senior Games teams.

Piedmont Plus Senior Games hosted a Bocce tournament at Miller Park in Winston-Salem. Bocce is such a serious sport for Piedmont Plus that they had a tournament amongst themselves to decide who would play in the PSCT. Even though the other teams showed great talent and competition, Davie’s Barbara Chapman and Vanessa Carter placed in the top two spots for women, winning the final event for Davie County Senior Games.

With the wins at Shuffleboard, Mini Golf, and Bocce, Davie County Senior Games was able to take home the trophy and keep it until next season.

Participants in the PSCT said they enjoyed the competition just as much as they enjoy the NC State Finals. This event is a time of fellowship and fun, making new friends, and enjoying the competitive spirit close to home.

Check out the latest Senior Connection for all of the Senior Games events coming up at Davie County Senior Services such as mini golf, pickleball, senior games field day, and grand games.

If interested in playing for the Davie Senior Games, give Senior Services a call at 336-753-6230.