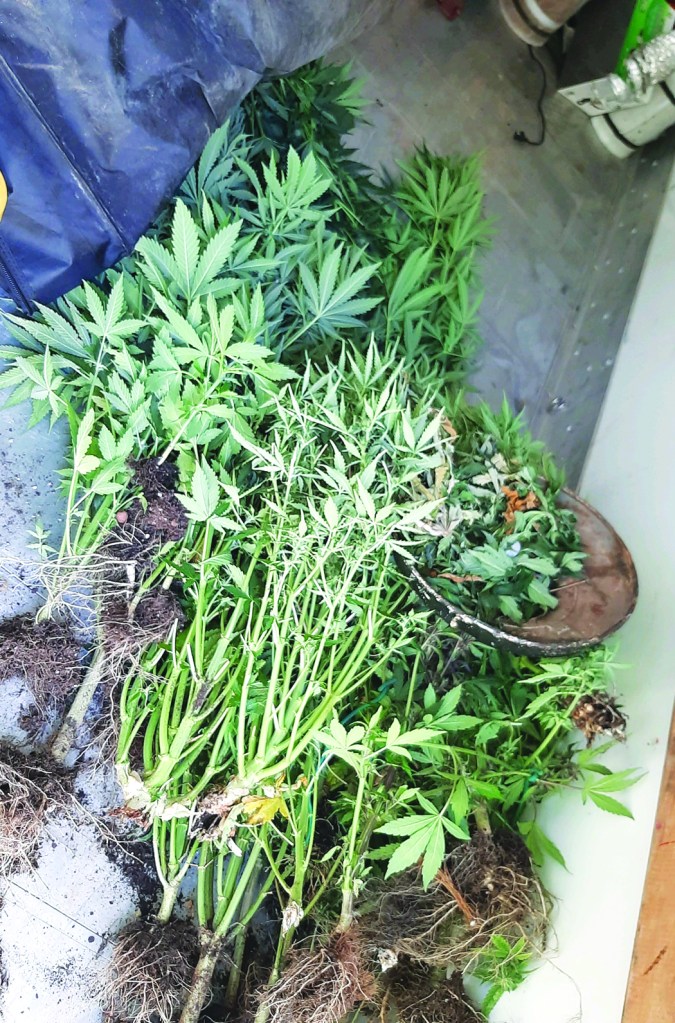 Sometimes, investigations into one crime reveals another in progress.

That was the case last week for the Davie County Sheriff’s Department as they were looking for a suspect who had rammed his vehicle into a sheriff’s vehicle the week before.

Sheriff J.D. Hartman said investigators learned the suspect had been at 172 Fairfield Road, Mocksville. They went there to look for him.

While they didn’t find their suspect, they did uncover an indoor marijuana growing operation. They confiscated that marijuana and the growing equipment, as well as paraphernalia and methamphetamine.

James Bullabough, 63, was charged with manufacturing marijuana, possession of marijuana paraphernalia, and possession with intent to sell methamphetamine. He was taken into custody in lieu of a $75,000 bond.

Both listed the Fairfield Road residence as their address.

Officers seized 38 marijuana plants as well as the growing equipment.

Unmask our children: Group takes plea to board of…