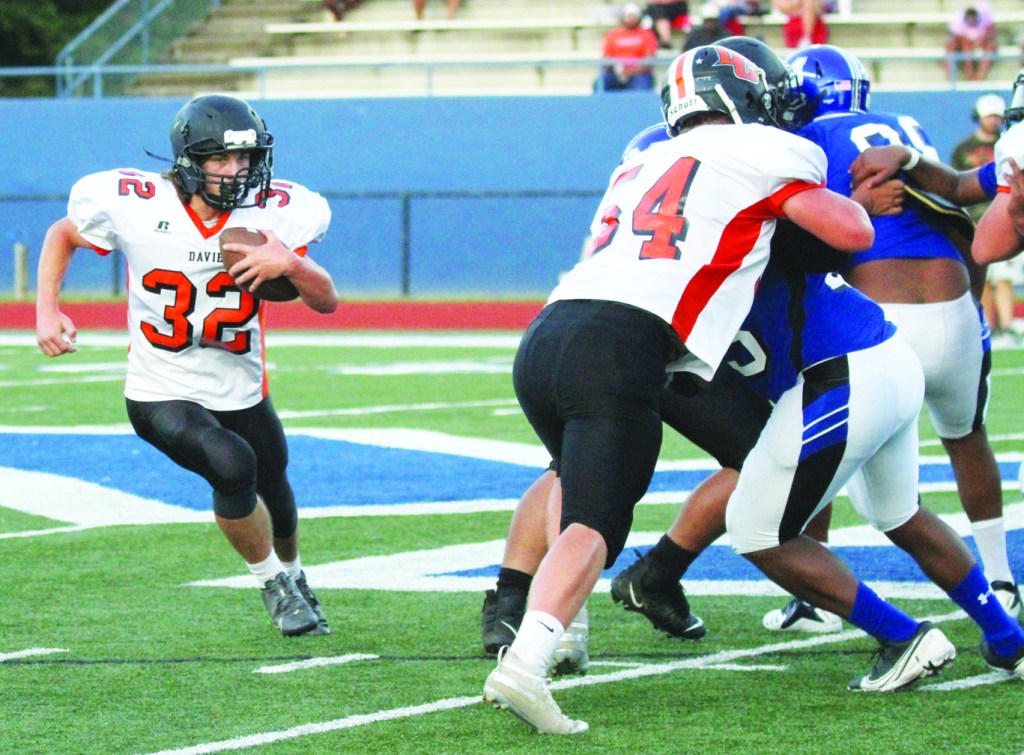 Davie’s JV football had some players moved up to varsity and that spelled its first loss since Nov. 7, 2019 at Reagan. Davie had a six-game winning streak before a 20-16 setback at Mooresville on Sept. 9.

Davie led 8-0 before the Blue Devils reeled off 20 unanswered points. The backbreaker was a fumble return for a touchdown. Instead of Davie driving with the score 14-8, it found itself behind by two scores, 20-8.

The War Eagles (1-1), who saw their streak of scoring 34-plus points end at six games, scored to cut the deficit to four – but they never got the ball again. Mooresville completed a slant pass in a big situation and then ran out the clock.

“We had kids moved up,” coach Perry Long said. “We were not at full capacity. We didn’t have (receiver Evan) York because he’s playing varsity. We had three or four guys moved up that would have helped us. We could have used (defensive lineman Dane) Porter, but he was sick.”