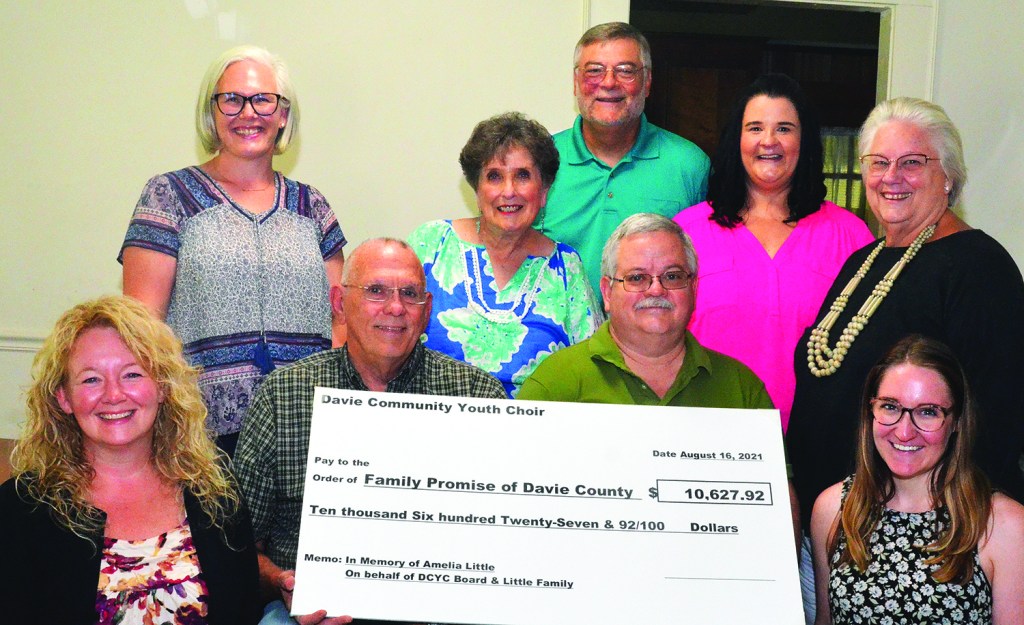 Both were new to the churches, and had young people who could sing and perform, who could reach out to others with a music ministry. But there weren’t enough young people at the individual churches.

They combined and started the Davie Community Youth Choir, which eventually included young people from several Davie churches. They traveled the country presenting their musical ministry.

It started with 20 kids, and grew to as many as 60, requiring two buses to take them to performances.

Amelia Little and Jayne Walker took the lead, guiding the young people through practice after practice.

Eventually, the group disbanded. Little and Walker have both passed.

On her death bed, Little had a request for her friend Karen Crowe. Donate the funds left from the youth choir to Family Promise of Davie County.

“This was so much their heart,” Crowe said, “and both of them loved Family Promise. They were all about family and helping families.”

They had left the money in an account, hoping someone else would get the group started again.

Family members of both women – many who were a part of the choir – were on hand for the check presentation ceremony.