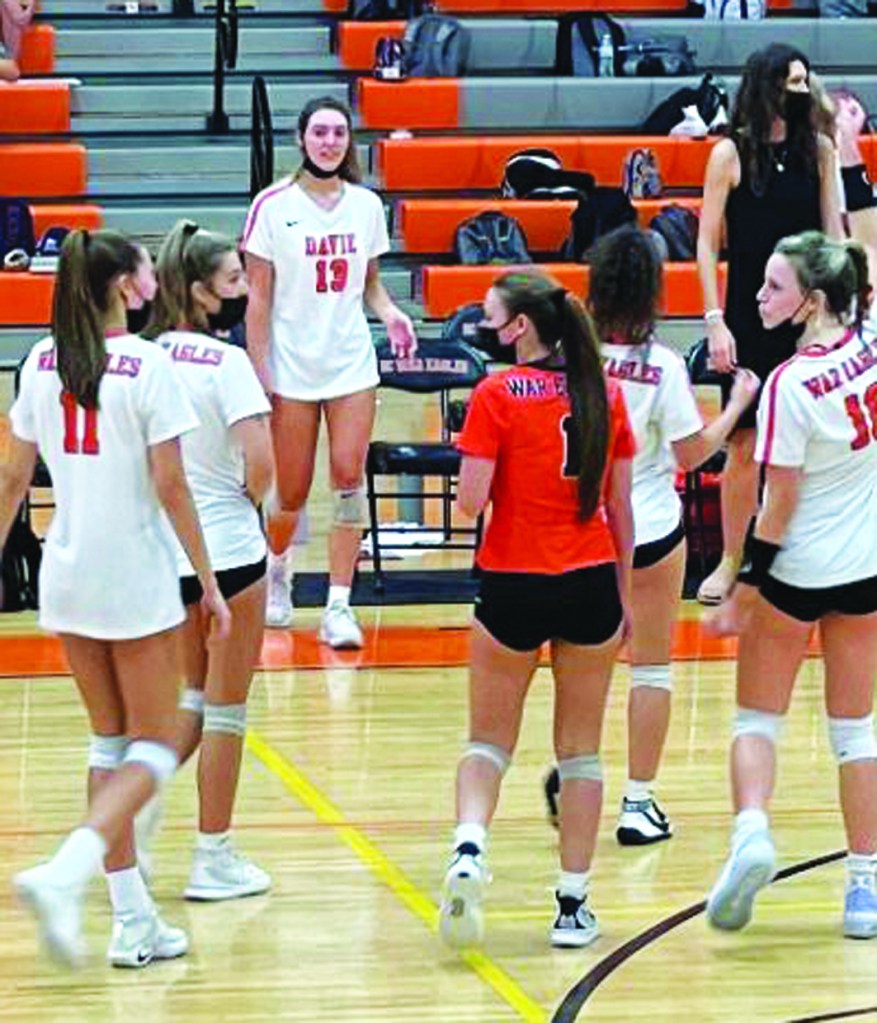 Players like Ali Angell, Molly Bures, Aimee Loj and Peyton Justice are bringing a lot of excitement to the Davie varsity volleyball gym. All four seniors were superb in a 3-0 home win over Mooresville on Aug. 24.

“Ali had a solid night,” coach Amber Brandon said after a match in which every set ended 25-16. “She only had two errors on 18 swings. Molly had another solid night. She takes 12 or 13 swings a match and is not making any errors. She had another error-free game tonight. Aimee had a really good night. She had double-digit kills and did not have an error. Peyton has been really sharp in serve-receive and defense. She serve-received the ball 17 times and 16 out of 17 were a perfect pass.”

Justice and fellow senior Kimball Little are quite a combination on the back row.

“A lot of other teams have a strong DS (defensive specialist); we have two,” Brandon said. “Together they are probably the strongest pair.”

“We’re not quite where I thought we’d be defensively and blocking yet,” she said. “We’re still making some errors serving. We try to serve to score. We are super aggressive from the service line. We’re making a few too many errors, but other than that we’re doing a pretty good job.”

Notes: Davie achieved its 4-0 record in a minimum span of 12 sets. … Brandon said setter Emma Hayes had something to do with Angell’s success against Mooresville. “Emma did a good job of getting her the ball whenever she got hot,” she said.

Tennis starts with a bang