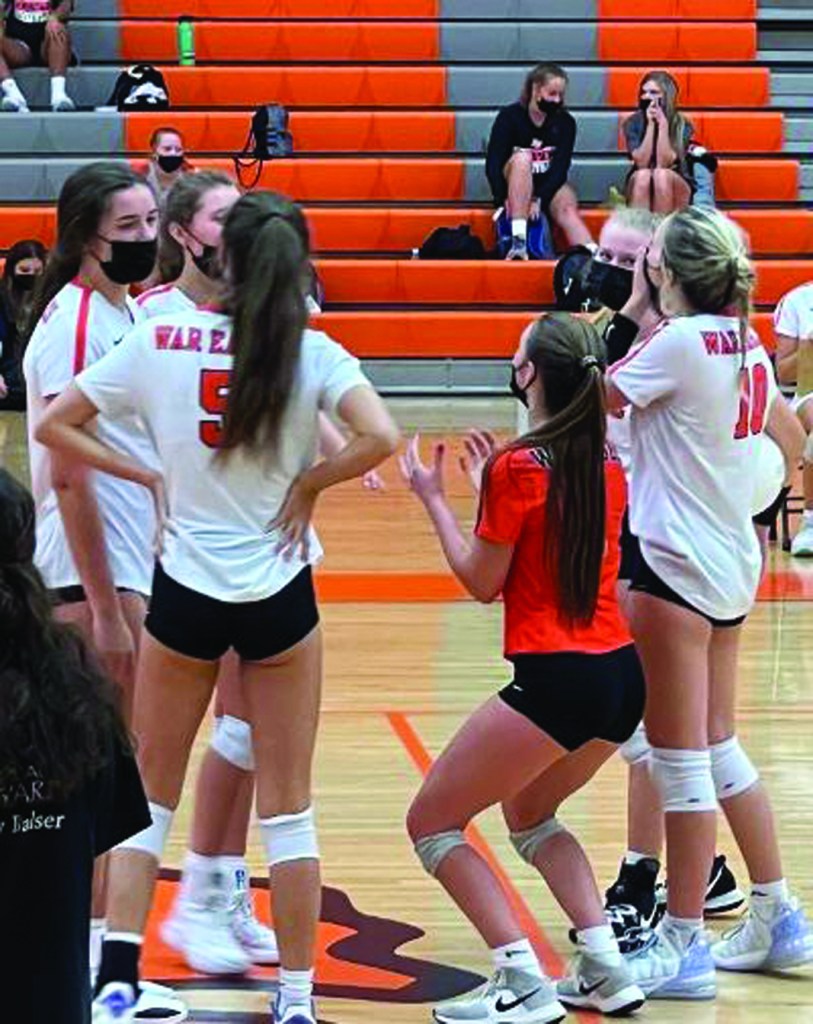 Davie’s volleyball program has been the epitome of consistency during Amber Brandon’s first six years as coach.

The War Eagles are showing no signs of slowing down. It looks like they have simply reloaded with seven seniors, five juniors and one sophomore.

“They’ve put some pretty high expectations on themselves, so there were a lot of jitters (in last week’s season opener),” Brandon said. “It’s seven seniors that work hard and work together.”

The War Eagles got off to an excellent start, beating North Surry on Aug. 16 and Mt. Airy on Aug. 18. Both matches were at home; both matches saw Davie win 3-0.

North offered little resistance even though Davie was missing one of its setters.

“We started the season with one of our setters not with us (quarantined), and we’ve also had some injuries,” Brandon said. “We’ve had people in and our for different reasons. From that standpoint, we looked really good.”

“Abby (Reynolds) had a good night,” she said. “This is her third year on varsity, and she made some aggressive swings. She made some smart plays. She worked really hard this offseason in learning how to play faster. With her being undersized, we really work on beating the block instead of trying to swing into it. She plays a lot faster than she used to.

“Aimee had some really good swings. Ali went down with an injury last week, so we weren’t sure how serious that was going to be. She had a good night.

“Molly had a lot of playing time and had a couple good swings. She’s a really smart player. When she starts to hit a shot, she keeps going after it and keeps hitting it until the other team takes it away. That’s really nice. She found a honey hole that we call it, and North Surry never responded. She brings a lot of court knowledge.”

“Everybody was back,” Brandon said. “We’re still nursing some injuries, but everybody is now cleared to play. We played really well. We made very few mistakes.”

Brandon said Peyton Justice was a big factor in serve-receive and as the libero.

“The last couple of years we’ve had strong liberos, so she’s filling some big shoes from McKenzie Stakely, who won defensive player of the year in the conference, last year. And Peyton’s had two good games to start the year.”