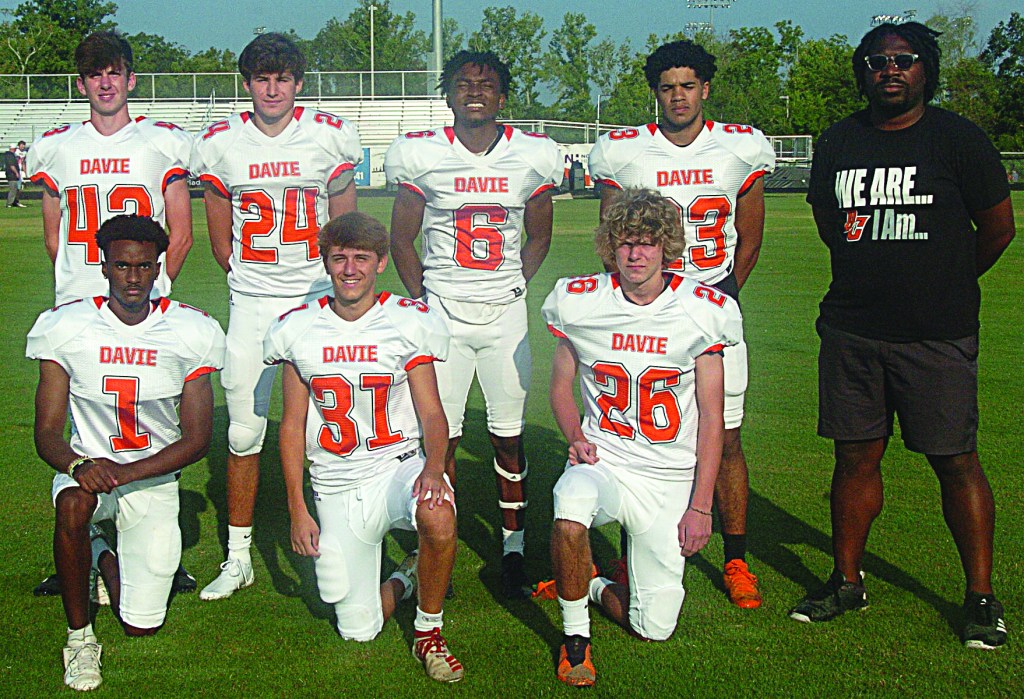 At that moment, Nicholson feared a completely bare cupboard. Three or so months later, Nicholson was re-energized.

“We lost all that experience back there, but man, I haven’t ever had depth like this,” he said. “They are superbly athletic, they’re versatile and they can all run. When the pads start popping, we’ve got to make sure they’re physical.”

“There are some guys back there who have really worked hard, studied the playbook and worked on their technique,” head coach Tim Devericks said. “They’ve gotten continuously better. That’s why (Nicholson) doesn’t feel as glum as maybe he did in May.”

At cornerback, Davie expects great things from junior Willie Purvis when he gets healthy. He was a spot starter as a sophomore. Then he battled an injury, just like he did as a JV freshman. He’s dealing with another injury right now.

“Owen probably had the best camp out of any defensive back,” Nicholson said. “He’s been getting great reps with Willie being hurt.

“Ethan’s big. He’s over 6-foot and very strong. He put on a lot of weight in the offseason. He’s a prototypical corner when it comes to length, and he’s very, very athletic. He’s deceptively athletic. People are going to look at him and think they can take advantage of that guy. That’s not the case.” 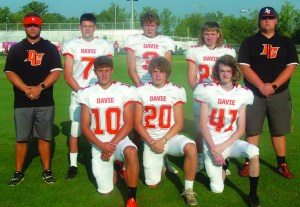 The freshman, King, has the talent and potential to be something special.

Devericks said: “Over the last three days, you want to talk about some plays being made. He’s knocked up the level of competition not only at the corners but also for the guys running routes on offense. He’s made them work.”

Nicholson: “I’m really excited about him and Coy (James). It’s hard to come in and play freshman DB at the varsity level, but those two dudes can do it.”

“Blake’s athletic enough to play down there in the box and in space, but he can also play up top,” Nicholson said. “Zymere (Hudson, a senior receiver) competes with Blake everyday, and they have some battles. Blake will probably be one of our better DBs and a leader on the field.

“Peyton is a great communicator and gets everybody lined up. He knows everything as far as calls and coverages. He’s a really, really smart player. He does a really good job leading those guys on the field.

“Logan is very versatile. He’s a smaller dude, but he’s a junkyard dog. He’s going to be where he’s supposed to be and when he gets there, he’s going to give you all he’s got.”

Mason Caudle has made significant waves as a sophomore.

“Talk about a physical, athletic guy,” Nicholson said. “He’s not the biggest guy in the world, but man, he’s tough.”

When his long baseball season slowed down and he turned his attention to football, it was immediately evident that James is on another level from most every freshman you’ll find. Better yet, he’s a rare talent in two sports. In 2021, it appears he will play defense only. But down the road, he could be a Swiss Army knife and play both sides of the ball.

“He travels (for baseball) more than anybody, and that’s OK,” Nicholson said. “We really, really support multi-sport athletes. I can’t wait to see him play baseball for Davie County, and I really can’t wait to see him play football for Davie County. Because when you come in with that size (6-0, 165) and that speed and that strength as a freshman, you’ve got a really bright future. On a baseball trip, he was watching film of our practice. There’s zero concern about him getting in football shape.”