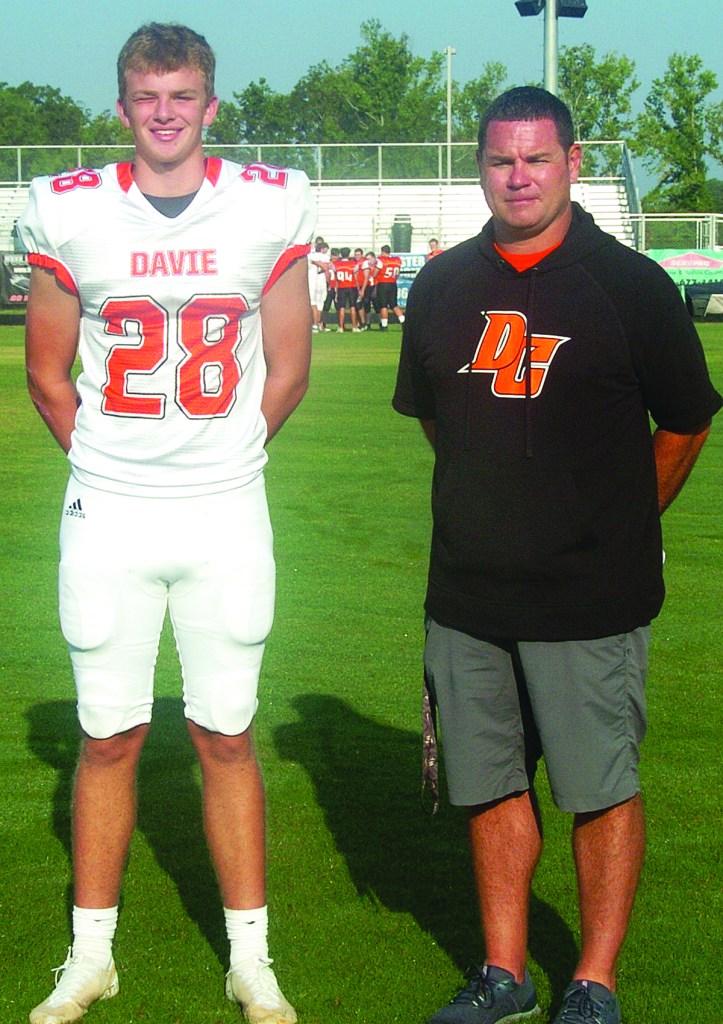 In the last 25 years, Davie has produced one big leg after another.

Then there was Jared Griggs (a record-breaking 15 FGs in 2016), Skylar Schoppe (seven FGs in 2017) and Willy Moure (third place in career extra points).

The next link in the chain of quality kickers is Palmer Williams, a 6-2 junior who has enormous ability as a kicker and punter. He’s the younger brother of offensive tackle Spencer Williams.

“He’s been going to camps all summer,” head coach Tim Devericks said. “What’s going to make him a great kicker is he can work his craft without being watched over. He knows the things he needs to work on to make himself the best kicker that he possibly can for the team.”

How big is Williams’ leg?

“He’s somewhere around 45 yards – maybe plus,” Devericks said of his field-goal potential. “We’ve got to figure out operation time and blocking up front. It’s all one unit, but he defeinitely has the leg to do that. His hang time on kickoffs and punts has been really good.”

“Palmer is going to be good,” assistant coach Blaine Nicholson added. “He can boom it. That thing shoots off his leg. He’s going to play at the next level. He went to a camp at Florida State, and I know there have been more. I think his talent is similar to Jonn Young (who played at East Carolina).”