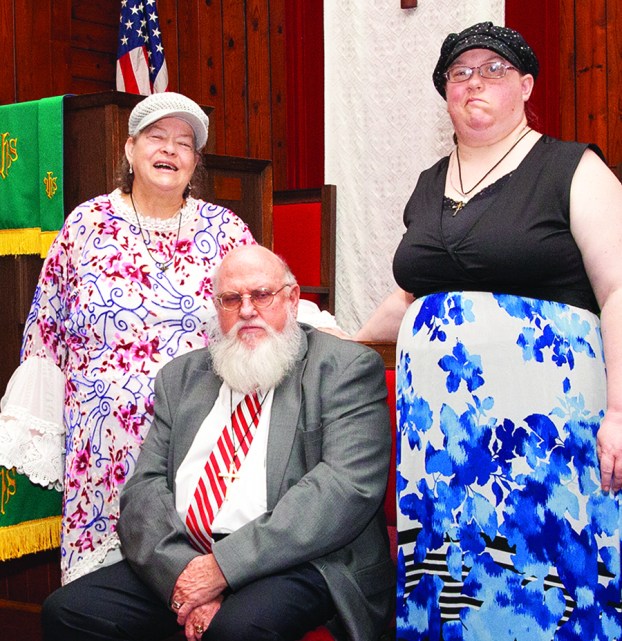 Eighteen years ago the church didn’t just receive a new pastor, but instead received a family.

Groff’s wife Ruth and daughter Gina always accompanied him on visitation days, overnight stays at hospitals to support families in need and whereever else his pastoral service took him.

All members of his family have experienced health issues, including his late daughter Wanda who passed away with cancer six years ago.

Back surgeries, shoulder surgery and knee surgery are times the church congregation really supported them.

Their daughter Wanda had a tonsillectomy, later an appendectomy and Dec. 23 last year she had an operation to remove a tumor in her brain.       The tumor was so closely located to the brain stem they took out only part.

When the doctor later did another scan to see if the tumor had made changes, the tumor was gone.

“I don’t want to retire, but it’s time,” Groff says. “The church has been very supportive; been right there for us.”

Groff said he was called to be a pastor in October of 1975.  He was in the Air Force and decided to stay on.

After working 18 years with Boyle’s furniture as operational manager in data processing, Mike Spry called him to share pastoral services with another pastor.  He accepted the offer and later became the church’s full-time pastor.

“It was the greatest thing I ever did. Our time here has been a blessing. It has given me time to grow up and get more into the word of God by reading devotions and the word. I’m so pleased God touched me and turned my life around. If he didn’t I don’t know where I would be today.”

With 25 members when he started the attendance rose to 60. The youth ministry was successful with confirmation classes and baptisms, to making Chrisman’s, having fun sleepovers and making puppets.

Groff has a beautiful gift of whistling and can often be heard in WalMart whistling gospel songs that inspire shoppers to seek him out to tell him so.

“We aren’t leaving here lonely because we have a lot of fantastic memories.  What happened in this church, God gets the credit, always.”

Cooleemee First Presbyterian Church is having its homecoming Sunday, Sept. 26. Everyone is invited. This will be Groff’s final day of preaching as the church’s pastor.