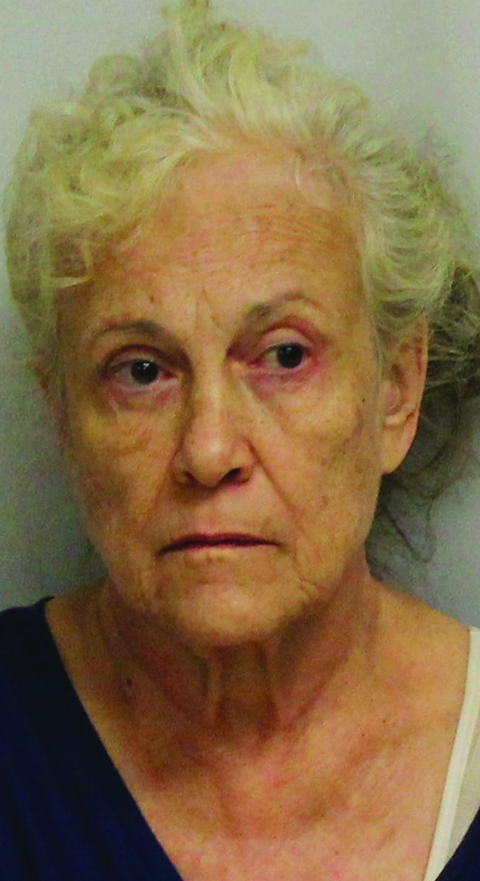 An Advance woman faces multiple counts of animal cruelty after a passer-by reported a bad smell coming from her property.

Susan Walker, 67, of Hillcrest Drive, was charged with 14 counts of misdemeanor animal cruelty and two counts of felony animal cruelty. She was convicted years ago of similar charges after neighbors then also detected a bad odor coming from the property.

When deputies first arrived, they were unable to approach the residence because of the large number of dogs, said Sheriff J.D. Hartman.

An animal services deputy was called, and contacted Walker after observing a dead puppy on the property “and very poor living conditions for the other dogs,” he said. She agreed to give the dogs to animal control.

“Due to high ammonia levels, all first responders needed to wear oxygen masks to enter the house,” Hartman said. “Most of the dogs appeared to be pit bull types, small Chihuahua types or a mix of the two.”

The dogs are being kept at the Davie County Animal Shelter to be assessed for health and behavior.

Five units from the sheriff’s department responded, as well as Yadkin Animal Services, the Davie Fire Marshal, the Davie Rescue Squad and the Advance Fire Department.

“The Davie County Sheriff’s Office would like to thank the many agencies that assisted in this case,” Hartman said.

Anyone wishing to assist with the cost of caring for these animals is asked to call animal services at 336-750-7655.