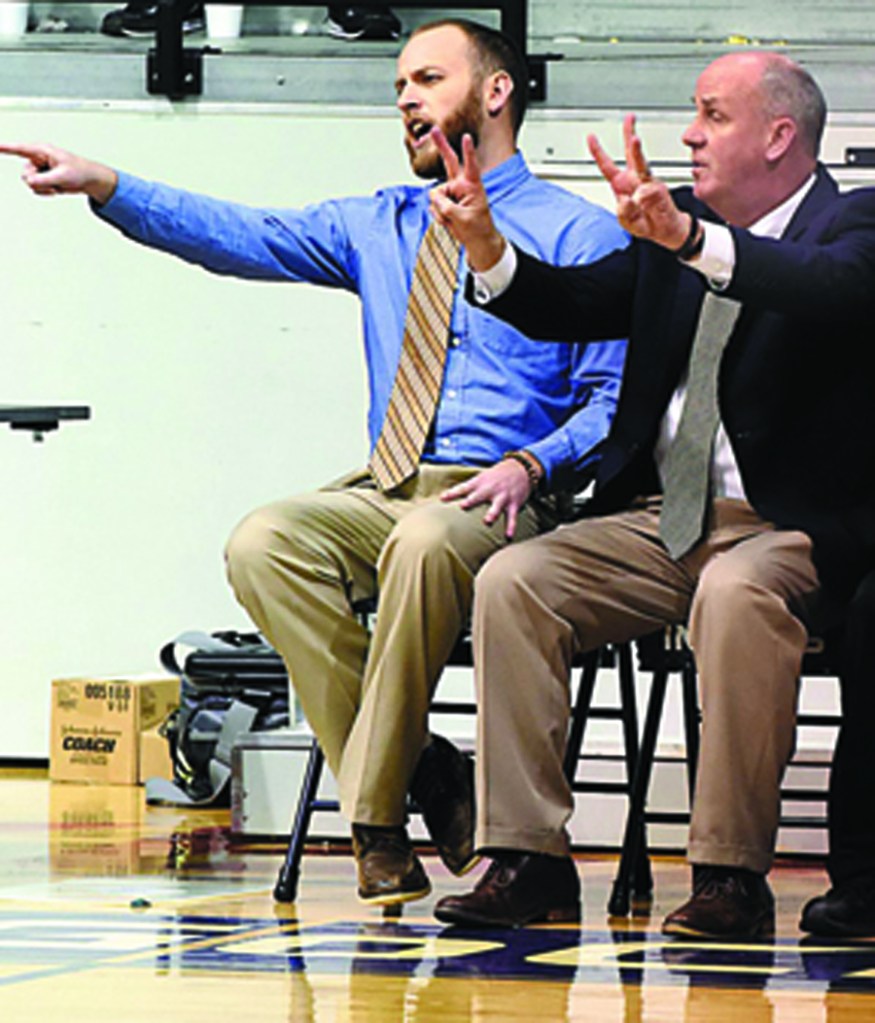 Bruce Wallace, who spent seven years on Mike Absher’s staff and four years beside him on the varsity bench, was named as Absher’s replacement last week.

“I’m just humbled and really excited,” said Wallace, 29. “It’s been an anxious two and a half weeks and I’m just glad it’s over.”

Although Wallace grew up when specializing in a sport became a thing, he was a throwback for the Owen Warhorses from 2006-10, playing football, basketball and running track.

He was a receiver/cornerback in football. He would have played a fourth sport, but something had to go and he dropped cross country after one year because it conflicted with football.

Basketball and track are where he excelled. He ran the 800 in one minute, 58 seconds and qualified for the state all three years.

With a laugh, Wallace said: “I would have the record in the 800 at Davie.”

In basketball, he split time on JV and varsity as a sophomore, when the Warhorses overcame a woeful start and made warm memories. They started 0-5; they ripped off six straight wins in January and won the conference tournament.

Wallace was an amazing distributor of the ball. As a senior, he was all-conference and led Western North Carolina in assists with 8.5 per game.

“I didn’t score the ball that well; I was more of a facilitator,” he said.

He was the No. 2 assist man in the state in 2009-10. His last game was a first-round playoff clash against powerful Mountain Heritage. Owen was a huge underdog. With Wallace assisting virtually every bucket, the Warhorses went toe to toe with Heritage before losing 53-49 in overtime.

Wallace could have played small college basketball, but instead decided to attend East Carolina.

“I had some opportunities to play college ball,” he said. “All the schools I could have gone to were smaller and Christian schools. I decided it would be in my best interest to go to ECU because I always wanted to be a teacher and coach and get my degree at ECU since it’s a good school for education.”

He graduated in four years and went on a job hunt in 2014. He landed at Davie – barely.

“A day before I took a job (in Rowan County), Doyle Nicholson called me and said we’d like for you to be a social studies teacher and head JV basketball coach,” he said. “(Nicholson and Absher) interviewed me. (Absher and I) saw a lot of basketball things eye to eye.”

Wallace’s first game as JV coach was against Forbush. Davie cruised 61-48 as Will Shepherd poured in 17 points. Although that was followed by three straight losses, Davie would win four straight and close the season on a 3-1 high, including wins of 44-38 over West Forsyth and 58-56 in overtime over Mt. Tabor. The season was a constant adventure with 13 of 21 games decided by six points or less. Davie pulled out a winning season at 11-10 behind guys like Cory Heiner (16.4 points per game), Brandon Horton (10.9), Shepherd (9.3) and Tyler Roberts (7.7).

“I was super nervous (before that Forbush game),” he said. “One thing that Absher’s told me and one thing that makes me not as nervous is I always try to be super prepared. That’s how I am in life with anything. I’m always super prepared in knowing what I want to do and how I want to run offenses.”

The War Eagles just completed one of the finest four-year runs in program annals. Absher resigned at Davie as the winningest coach with 245 victories. He and Denise have a new home at Sunset Beach.

“We’ve had a good run,” he said. “I’m glad I was a part of the first (regular-season) championship since 1970. That was a big deal. Hopefully we can keep that (personal seven straight winning seasons) stat rolling.”

Wallace said the things he learned from Absher are too numerous to count. Here are a couple:

“I wasn’t allowed to shoot the ball in high school,” he said. “I was the best player on the team and I could only shoot layups and free throws. I averaged about 8.5 a game, but I had no confidence in my jump shot. The most important thing is showing your kids you believe in them. I think that’s the best thing I learned from Mike. Composure on the sidelines is obviously something. I haven’t had to do that as much because I’ve been the assistant, but having composure and staying calm is important, too.”

Wallace is quite eager to get the ball rolling toward 2021-22. Basketball is in a dead period right now, but when that ends “we’ll hit the ground running with four workouts a week and really start to build up for this year,” he said.