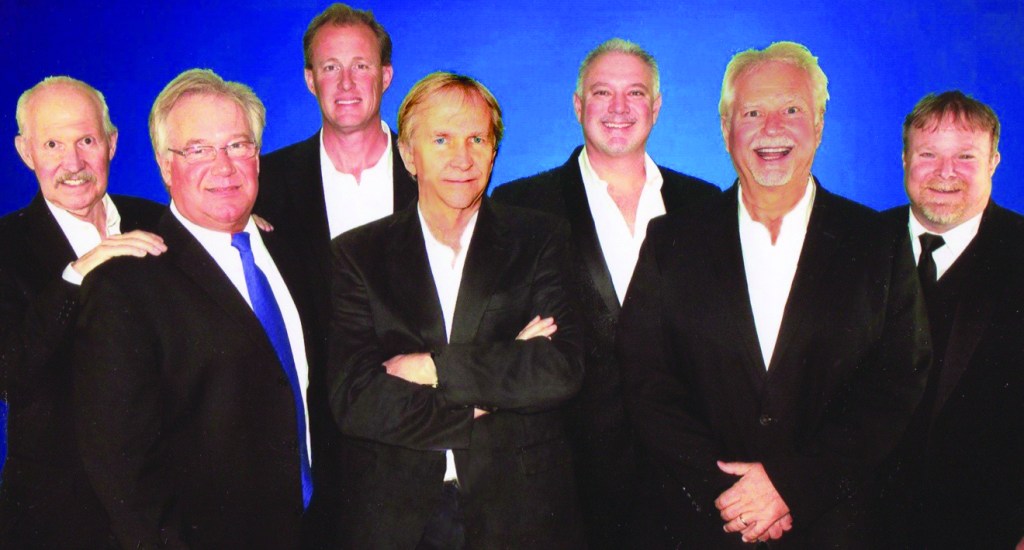 North Tower began in 1975 as an acapella quartet by friends at the University of North Carolina at Chapel Hill.  The name represents an area of the Old East dormitory, where some of the members lived.

The group shared a common appreciation of intricate four-part vocal harmonies and quickly garnered praise for their performances around the Triangle area.  The focus on strong vocals became a hallmark of the North Tower tradition, which continues today.

Throughout the 1980s, the band continued to establish itself as one of the most popular acts in the Southeast, known for floor shows, which included a celebration of the 1950s era, a tribute to the musical genius of the Motown-era, a tribute to Frankie Valli and a spoof of the Oak Ridge Boys, a popular country group from the 1980s.

The band entered the beach music market by recording several singles that received regional airplay. The success of their early recordings led to the release of a project called “Let’s Go ‘Round Again” in 1989. That recording contained “Paula,” an original tune by members Manning and Bob Craig, which received the Original Song of the Year award at the 1989 Beach Music Awards.

The group made several long trips in the 1990s taking the party to New York, Montreal, Tampa and Phoenix, as well as continuing to perform numerous dates a year in Virginia and the Carolinas.

In 2004, the band released the studio album “It’s About Time.,” featuring the beach hit, “Chasin’ Dreams.” The song stayed at the top of the beach music charts for months.  The group remains one of the top groups to perform along the East Coast at festivals, summer concerts, and other special events.

Bermuda Run’s Summer Concert Series is held at the Town Center on Kinderton Boulevard (off US 158).  Attendees need to bring a lawn chair and if they wish a picnic/cooler.