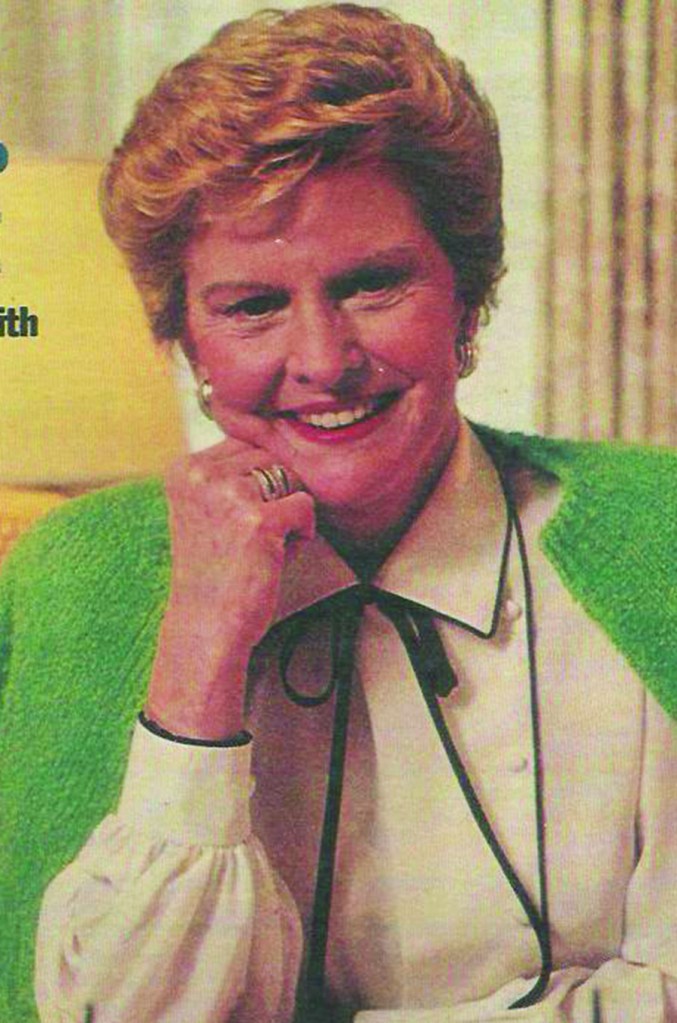 In ratings of First Ladies of the United States by historians, Betty Ford ranks in the top 10.

Mrs. Ford became First Lady after a strange series of events.  Her husband was serving as Minority Leader in the U.S. House of Representatives when Vice President Spiro Agnew was forced from office because of illegal activities. Betty’s husband, Gerald Rudolph Ford, was chosen to serve as vice president.

In less than a year after Agnew’s resignation, President Richard Nixon, was accused of illegal activity in connection to a break-in at the Democratic Headquarters. President Nixon resigned when it seemed almost certain that his connection to that crime would result in his impeachment, and Vice President Gerald Ford became President of the United States.

Within a year, Betty Ford had been the wife of the Minority Leader of the House, wife of the vice president, and wife of the president.  That was enough to make anyone’s head spin, but Betty Ford took over the duties of First Lady with dignity and serenity and became one of the country’s most admired First Ladies.

On April 8, 1918, Elizabeth Anne Bloomer was born in Chicago, Ill. to Hortense and William S. Bloomer. Even though her name was Elizabeth, the baby was called Betty—the name that Elizabeth was called all of her life. The family moved to Grand Rapids, Mich. where Betty enjoyed a happy childhood.

She began to take dancing lessons when she was 8, and she loved dancing. She continued with her ballet at the Calla Travis Dance Studio while she was in high school.  Betty’s father died when she was 18. She helped support her family by teaching dance and by modeling.

After high school Betty went to the Bennington School of Dance in Vermont and then on to New York. In 1930, she began studying with the famous dancer, Martha Graham, and she even performed with the Graham group.

At some point, Betty Bloomers decided to return to her hometown, Grand Rapids, where she taught dance and used dance therapy to help handicapped children.  She also worked in a department store as a fashion coordinator.

After she had been back in Grand Rapids for some time, she met and finally married William G. Warren.  There were troubles and the Bloomer/Warren marriage only lasted about five years.

After her divorce from Warren, Betty met Gerald Ford, who was a football hero when he was a student at the University of Michigan and who went on to Yale Law School, where he coached to pay his way.  After graduating from Yale Law School, Gerald Ford went back to Grand Rapids and set up a law practice.  It was there that he met the vivacious young lady named Betty Bloomer Warren. They were attracted to each other and were married after a short courtship.  Actually, by the date of the wedding, Gerald had gotten interested in politics and was running for one of Michigan’s seats in the U.S. House of Representatives.

Gerald, who was called Jerry, was so busy campaigning that he was almost late to his own wedding.  The honeymoon was spent campaigning. Jerry won and the Fords moved to Washington, D. C.

During the first 10 years that Jerry served in the House of Representatives, the Fords had four children, three boys and one girl.  Jerry was so dedicated to his job as a representative that he never seemed to have time to help Betty with the family or with household chores. She felt isolated and almost overcome at times with caring for the family and the house without much support. She was also lonely for adult company. Betty developed some medical problems; arthritis and a pinched nerve became so painful that she used drugs and sometimes alcohol to relieve the pain.

After being elected as a representative 12 times, Jerry was named the Minority Leader. His hard work caught the attention of the President who asked him serve as Vice President. Betty Ford continued to support her husband, and a few months later, she found herself holding the Bible for her husband to be sworn in as President.

Betty Bloomer Ford always had a great personality, and she quickly became a much admired First Lady.  She continued to self-medicate with drugs and alcohol to try to stop the pain which constantly beset her, but she managed to carry out the duties of First Lady in an acceptance manner.  The American people liked that she was “so down to earth” and the fact that she said what she believed without worrying about the fall-out.  She did not agree with her husband on all issues, but she said what she believed and “let the chips fall where they may.” Two of the issues on which she and her husband disagreed had to do with the Equal Rights Amendment and abortion.

In speaking of Betty, the book, “First Ladies” by Margaret Brown Klapthor, said, “She has the self-confidence to express herself with humor and forthrightness whether she speaks to friends, to the press or to a multitude.” Once Betty made a statement and her husband said, “Well, that probably cost me a million votes,” but Jerry was devoted to Betty and did not get angry with her no matter what she said.

Mrs. Ford had breast cancer and had to have radical surgery. She talked openly about her diagnosis and her surgery with the hope that it would encourage others to have tests earlier and to be able to deal with any diagnosis. Speaking out on such a private subject took courage, which Mrs. Ford displayed throughout the months that she was First Lady.

In 1976, Mr. Ford campaigned to become the President for a full term.  He campaigned hard, but he had done one thing as President that really upset the American people. He pardoned former President Nixon for all crimes. That action upset the public because they thought Mr. Nixon should have been tried in court. Mr. Ford’s rating dropped quickly after that action, and he never regained the support that he had enjoyed before that event.

The end of that story is that Gerald Ford, the 38th President of the United States, was defeated, and Jimmy Carter became the 39th President.

The disappointed Fords moved to Rancho Mirage, Calif. Betty Ford’s problems with prescription drugs and alcohol continued to such an extent that her family planned an intervention.  Betty agreed to go to a rehabilitation  enter.  The treatment there helped her so much that she decided that she wanted to build a center for drug and alcohol rehabilitation to help other addicts. She founded the Betty Ford Center for Drug and Alcohol Rehabilitation in Rancho Mirage.  The Betty Ford Center was and continues to help great numbers of people who have addiction problems to this day. That  enter is no doubt Betty Ford’s greatest contribution to society.

President Ford died in 2006. His body was taken to Washington to lie-in-state in the Capitol Rotunda. After a service in a Washington Cathedral, Mr. Ford’s body was returned to Grand Rapids where it was buried.  Betty Ford lived five years after her husband’s death, and she was buried beside him in Grand Rapids.