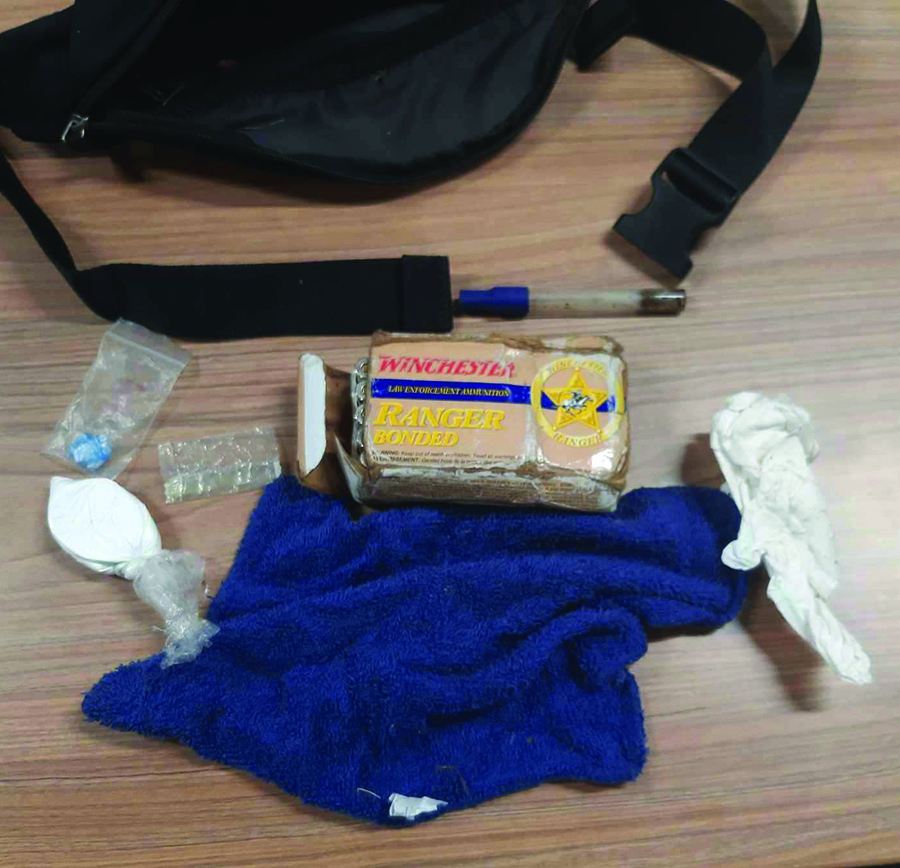 Drugs and weapons were among the items confiscated from the teens.

Four juveniles were taken into custody for breaking into vehicles in Mocksville after a two-county chase early Sunday morning.

It all started about 2:09 a.m. when Davie Sheriff’s deputies were alerted that a gray Porsche Macan had been reported as stolen and was seen near the US 158/NC 801 intersection in Bermuda Run.

Deputies were unable to locate the vehicle, but about 16 minutes later, a call was received about suspicious activity on Ash Drive in Mocksville. A witness reported that someone was looking into vehicles in driveways.

When they arrived at this scene, deputies found evidence of vehicle break ins. They also spotted that Porsche.

“The vehicle sped off at a high rate of speed, while turning off all headlights, and leading deputies on a vehicle chase into Rowan County,” said Sheriff J.D. Hartman. “Rowan deputies and Salisbury police deployed stop sticks on Jake Alexander Blvd. The suspect vehicle hit the spike strips on the front driver side and right passenger side tires.”

When the vehicle stopped near the Toyota dealership, two suspects were taken into custody. Two others ran from the vehicle. One was located, and the other identified.

Officers seized 19.4 grams of cocaine, 2.5 grams of heroin, 6.2 grams of marijuana, .5 gram of suspected methamphetamine and a silver Rossie revolver.

The Porsche had been reported stolen in Pinehurst. Inside the car, deputies found several items stolen in vehicle break ins – six of which had occurred on Ash Drive.

The Davie Sheriff’s Office issued juvenile petitions charging all four with multiple counts of larceny, breaking and entering, drug possession and other charges. The juveniles, ages 13, 15, 16 and 17 – listed addresses in Charlotte and South Carolina.