The Summer of the Pies: The Finale

“Take this spoon,” I told Hannah, and scoop out enough shortening to round off the top. Wanting the link, the connection, I deliberately pulled the old metal spoon, the one my grandmother and mother, then I, had used, out of the ceramic cannister. Connections are important, traditions, shared experiences, and I wanted to see that spoon in my daughter’s hand, mixing the same ingredients, using the same recipe passed down from my grandmother, to my mother, to me, and now to her. As women, we are stronger when we are united: a shared history, shared experiences, and shared lives.

We had already mixed the dry ingredients and were ready to process in the Crisco. Handing Hannah the pastry blender, I taught her, the same way I was taught, to cut the shorting into the flour mixture – gently, not over-working the dough – until the mixture was “the size of peas,” I said, just as my mom had once said to me. Then I taught her to roll out the dough and situate it in the pan.

The sense of continuity, tying four generations together through a pie crust, filled me with a sense of rightness. A simple task in some ways, and yet, so complex in others. Anyone can make a pie crust, but not everyone can make a good pie crust. Attention to detail and procedure, a light hand, patience, and a desire to master a skill create a recipe for success. Five simple ingredients which can make glue or a pie crust depending how you handle them, a strong message indeed.

Hannah chose to make a golden cherry pie with a lattice crust. My mother’s first pie was apple, mine was strawberry rhubarb and Hannah’s was cherry.  That says something too. Even as we pass the traditions down from generation to generation, we don’t stifle our uniqueness. We are connected, yet each is her own person. We made the filling, poured it into the crust, then wove the lattice strips across the top.  When the pie came out, it maybe wasn’t perfectly symmetrical in the way of a store-bought crust, but it was perfect in the ways that matter. Nothing compares to a home-made crust, and nothing compares to the love that inherently goes with it.

That summer we made countless pies: Lemon meringue, key lime, chocolate cream, peach, quite honestly everything we could think of. At one point, Hannah made an apple pie for an event at church. The church ladies made quite the fuss over her crust, and Hannah had the wonderful opportunity to feel the true pride that goes into making a good pastry, and the genuine connection with generations of women.

As for me, I cherish the memories of that summer, the summer of pies, we called it, as Hannah and I forged unbreakable bonds through the art of pastry making. Soon she graduated and went away to college, then moved on with her life, as it should be. But no time or distance can take away our memories from that golden summer.

As my grandmother taught my mother, and she, in turn, taught me, so I taught my daughter, and maybe, someday, she will teach her daughter. Each time I pick up that red, black and white handled spoon, I see my mom, long gone now. I hear her voice and I can see us in our beautiful farmhouse kitchen. With little effort, I can picture her white curtains gently wafting in the breeze and see the pies cooling on the windowsill. In our shared lives and memories, I feel the love and support of generations of women. I want that for my daughter. I want that legacy of love to continue. Life then is never entirely lost, as long as we continue performing memory-filled tasks which will tie us together forever, a never-ending sisterhood.

I frequently watch true crime shows on TV and have learned a lot about human nature watching them. One thing I learned is how easy it is to jump to the most likely conclusion. Everyone who views these shows knows when a person is murdered, their spouse is the most likely suspect. There are many cases where the circumstantial evidence has convicted someone later proved innocent by newer DNA technology.

One show appeared to be crystal clear, and with no DNA evidence, I was 99.9% sure the young husband was the culprit. A beautiful young woman left her husband, took their baby, and moved into a home of her own.  A man discovered her burned body in a wooded area a few miles from her new home. The fire had destroyed the DNA evidence. The victim’s mother had driven to the home when the victim did not respond to her phone. The house was a bloody crime scene, but the child was uninjured and in bed.

When the police arrived,  bedroom items were strewn across the floor to indicate a struggle, including a copy of the separation agreement on the floor that had bloody footprints from a man’s boot on the papers. These footprints, coupled with the fact that the child was unharmed, led to the husband.

His alibi was that he was at a bonfire party with mutual friends, which proved accurate, but the police focused on trying to prove that he could have slipped away, driven the 15 minutes to his wife’s house, and killed her. They speculated he might even have returned to the party with her body in his vehicle and burned the body later.

The wood that had started the fatal fire was a type not found in the local area, so the police checked the remains of the bonfire from the party, thinking the wood might be the same. It was, and if the husband had provided the wood for the bonfire, they were sure they had their man. Partygoers told detectives the wood for the fire had been provided by another man who had attended the party.

This man had attended school with the victim and had heard at the party that the couple had separated. He must have asked where she lived and knew her husband was at the party. He went to her home, and she rejected his advances, and he had killed her. He then burned her body to destroy evidence.

The show was just one example of how misleading circumstantial evidence can be.

The most disturbing show I watched was about a male sexual predator who killed a girl and was sentenced to death. I worked on a sexual offender’s psychiatric unit, and these desires are not going to change. The state the predator was imprisoned in later abolished the death penalty, so he was serving a life sentence. He was enrolled in a program for prisoners with good behaviors, allowed to go to a shopping mall for 3 hours to shop for Christmas presents, and is still missing.

. The questions of the system allowing this and how many others the prisoner had harmed since he escaped were disturbing.

I just finished my ninth history book about this area, Davie County Households in the 1840 Census. The county was only four years old at that time.  Very little information remains about that long ago period.  Like the five previous census schedules, only the heads of households were listed.  [1850 was the first census that listed all non-slaves by name.]  This microfilm is still available to read at the Martin-Wall History Room at Davie County Public Library, but it’s a pain to do.  These are wide pages with handwritten numbers as to inventory of persons in a home.

There are two pages for each family, and the name is not repeated on page 2.  So, if the head of household on page 1 is the 16th, you must count down 16 lines to find the correct data for that family on page 2.  The images of the census are on FamilySearch and Ancestry, and they are indexed. Be prepared to see creative spelling.

Davie County Historical and Genealogical Society published its first Davie Dossier in 1987, and it featured three pages of transcriptions from the 1840 US Census.  Travel back in thought to 1987.  Subsequent editions included more of this census.  No computers were used unless you were ‘way ahead of the masses.  Nobody seems to know who worked on this project unless it was Nancy Murphy.  She did so many wonderful projects for our society and the history room.  I’m sure she had an assistant who sat at the microfilm reader calling out numbers for her to type on a typewriter.  It would have been an overwhelmingly difficult job.

Junius Lynch Clemmons did a great job interviewing and compiling all this information in 1840 for the 1,060 households in Davie.  Interestingly, he does not appear on the census because he was just 27 and was living with his parents.  His dad is listed as head of the household.  Junius was a novel person.

I found this article on FindAGrave: “Junius Lynch Clemmons was the son of Benton Clemmons and Martha Dillon, and the grandson of Comfort Coston and of Peter Clemmons, for whom Clemmons, NC, formerly Clemmonsville, was named.  Junius L. Clemmons, a native of Clemmonsville, developed a system of dots and dashes that could be sent through copper wire. Clemmons developed his communications device in 1833 and sent the design to a Mr. Page, who was a professional electrician in Washington, D. C. Clemmons never heard back from Mr. Page. In 1837, Clemmons read a newspaper article that told of Samuel Morse and Mr. Page creating a telegraph system. Clemmons then discovered that Mr. Page worked in the U. S. Patent Office and could not issue a patent to himself. Page, therefore, used his friend, Samuel Morse, and earned a patent to the telegraph. Clemmons wrote an article in the Washington Globe claiming that he was the true inventor of the telegraph. Page admitted receiving Clemmons’ design, but he denied copying it. Clemmons forgave Page for his betrayal and enjoyed a successful law firm in Kentucky, becoming the oldest practicing lawyer in the nation before his death.”

Besides listing the head of households and classifying family members, he also asked questions about agriculture and industry.  I found Davie County listed online in an old book that summarized each county in the much smaller United States in 1840.  A few interesting items were included in the 67 questions about our county.  I’ll include some of the more unusual ones.  There were 2,364 horses and mules; 5,615 sheep; 18,783 swine; 54,145 bushels of corn; 66,771 pounds of tobacco; 83 pounds of silk cocoons; 17 stores; 1 cotton mill (not Cooleemee); 1 hat factory with 2 employees; 5 tanneries; 75 distilleries; 1 carriage factory in Advance; 23 grist mills; and 1 oil mill.

If you know your ancestors who lived in 1840, you can learn more about them by studying this U.S. Census. 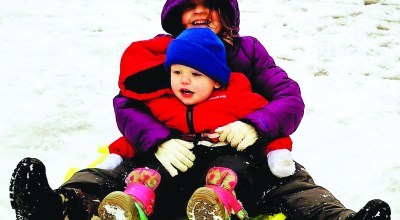