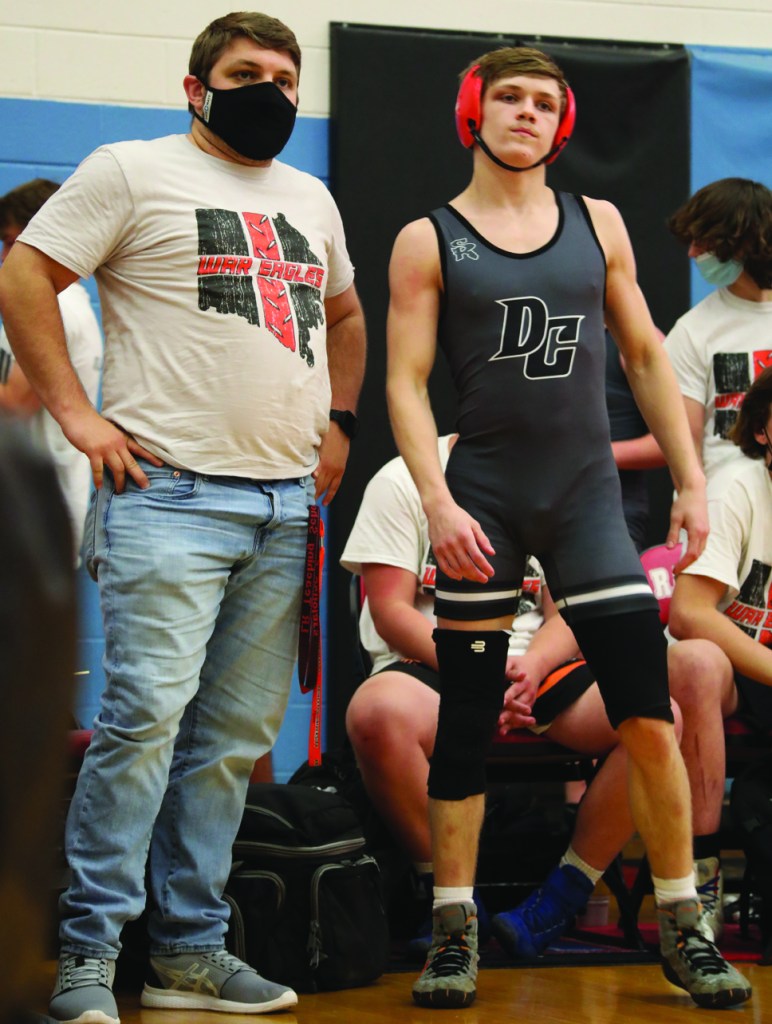 Kopetzky came up through South Davie Middle, playing baseball and running track, and Davie, graduating in 2016. At Davie, he played soccer for four years and wrestled for three years.

The 23-year-old just completed his first year of teaching social studies at Davie. During the 2020-21 school year, he was an assistant coach in boys soccer and wrestling. He will continue assisting Perry Long in wrestling.

Kopetzky, the son of a high school coach, picked up coaching experience at the high school level while he was in college at Lenoir-Rhyne.

“When I was in college, I helped coach girls soccer at Maiden for one year and was assistant wrestling coach there for three years,” he said. “When I got hired at Davie, I reached out about helping with girls soccer. Coach Stephens had a full staff for the girls and told me he had an opening with the guys.”

When the girls soccer season rolls around next spring, Kopetzky will be the program’s fourth coach in six years, following Jim Beck (2017), Abdenabi Senbel (2018) and Stephens (2019-21). Although the 2021 War Eagles endured their 12th straight losing season, they took steps in the right direction in Stephens’ final season, going 5-7 overall and 3-7 in the Central Piedmont Conference. That was the most CPC victories since 2016.

“This past season they finished fifth,” Kopetzky said. “They were one game behind Reynolds for fourth and two games from third. Definitely my goal for this season is to move up two spots and compete for third.

“It’s no secret we’re in a tough conference. It’s baby steps. We’re shooting for that third-place spot and looking for improvement from last year.”

Kopetzky started building his program’s foundation by holding as many summer workouts as possible.

“As soon as it got announced, we got the ball rolling,” he said. “We’ve worked out every chance we could. We’ve been going three days a week – minus the dead periods. With August coming up, that whole month is a dead period. We’ll be going full swing once we’re able to.”

Collin Ferebee will return as an assistant coach. Megan Baker is new on the staff, and she will lead the junior varsity.

“Collin knows the girls and has a good connection with them,” he said. “Megan played club ball at App State, so she comes with a soccer background. She graduated from West Forsyth (in 2002) and taught with my dad (Patrick Clark) at North Gaston for a couple of years, and now we teach together at Davie.”