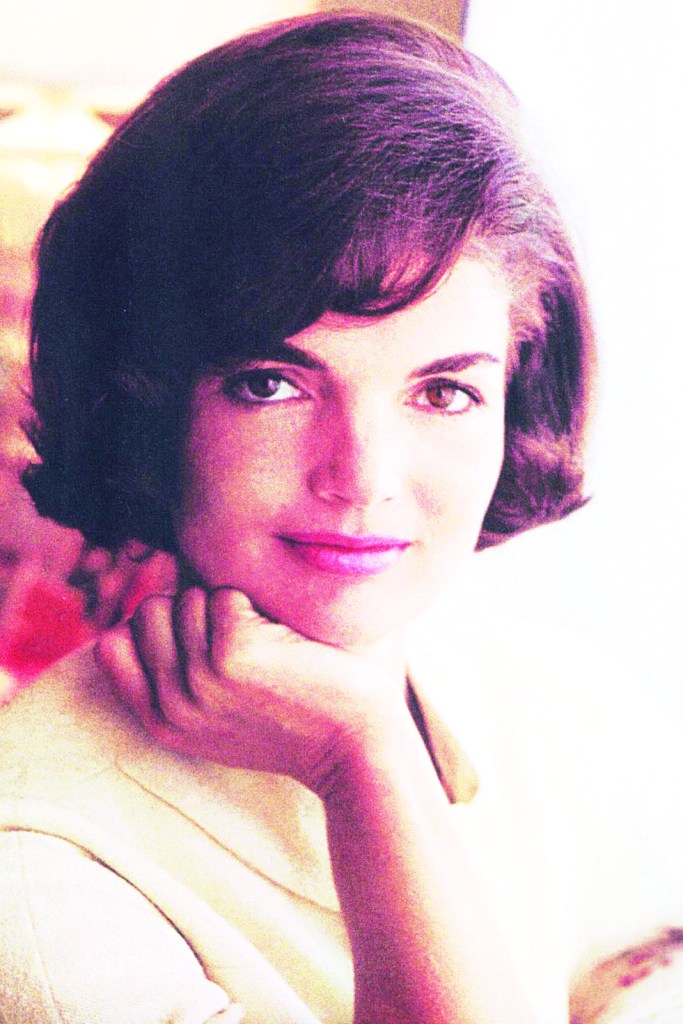 When Jacqueline Lee Bouvier Kennedy, the wife of John F. Kennedy, the 35th President of the United States, moved into the White House, she was upset by the condition of the furnishings and the décor that she found.

Things were much different than she had envisioned. She immediately decided that she wanted to make the White House “a museum of decorative arts and American history as well as a family residence of elegance and charm” as is stated in  “First Ladies” by Margaret Klapthor.

She formed a committee of people, who were knowledgeable about antiques and restoration and/or who were excellent fund raisers, because she wanted to raise the money to pay for the restoration.

The first move was to check the White House storage room. There she found many beautiful antiques that had been cast aside. She had them removed, restored, and put in the places where they had originally been.

Mrs. Kennedy even had wallpaper removed.  She discovered original beautiful wallpaper which had been covered up. She had the original wallpaper copied, manufactured, and hung where it had originally been hanging. When the project was finished, Jacqueline hosted a tour of the White House on television, which was watched by millions of people and which was highly praised by people at every level of society.

Once again the White House “was elegant and a museum of decorative arts and American history.”

Jacqueline, who was called Jackie, was born to John V. Bouvier III and Janet Lee Bouvier in 1929 in Southampton, N.Y.  Jackie’s father was a stockbroker, and the family was financially secure when Jackie was young. She went to private school and enjoyed time at the family’s estate in East Hampton, Long Island. There she enjoyed riding horses; a love which lasted all of her life.

Jackie had one sister, Lee. The sisters enjoyed a great early childhood together. When Jackie was 8, her parents separated.  Sometime later their mother married wealthy stockbroker Hugh D. Auchincloss, and Jackie and her sister went to live at their step-father’s estate, Merrywood. The family spent their summers at Hammersmith Farm in Newport, R.I. Both Merrywood and Hammersmith Farm were great places for Jackie because there were horses for her to ride, but she missed her father.

Jackie grew into a beautiful young lady, who was presented to society during the 1947-1948 season. She was named “Debutante of the Year. “She went to college at Vassar and was able to spend her junior year in France. She absolutely loved France and everything about it. She learned to speak French fluently, which stood her in good stead in later years. Jackie finally received her degree from George Washington University.  he began working as “inquiring photographer” for the “Washington Times-Herald.” That seemed to be a strange job for the rather retiring Jackie, but she really enjoyed it.She interviewed important people; one of whom was John F. Kennedy.

The book, “First Ladies Who Called the White House Home” by Beatrice Gormley, says: “Both Jackie and Jack were wary of committing themselves, but she was powerfully drawn to this ambitious, charming older man. Jack was not one to fall head over heels in love, but Jackie – cultured, intelligent and lovely – was hard to resist.

Thus began Jackie’s life as the wife of a politician.

The Kennedys had four children, but two died as infants. Their two happy, healthy children were John, Jr., called John John, and Caroline. No matter what situation in which Jackie found herself, she always considered her role as mother her most important.

John F. Kennedy, called Jack, was elected President of the United States just a few weeks before John Jr. was born. Having a young couple with young children living in the White House created a lot of interest on the part of the American people.

Jackie soon found herself quite busy caring for her family, working on the restoration project, and entertaining as was considered the First Lady’s job.Her receptions, parties, and dinners were well-planned and elegant.

Jackie was greatly admired by a large segment of the people in this country when the unthinkable happened. Jackie had accompanied her husband on a trip to Dallas, Texas, where they were riding in an open convertible when shots rang out – the bullets hit the President of the Untied States. Jack fell over on Jackie, and he was bleeding profusely. The secret service agent realized what had happened and signaled for the car to head to the hospital. Once at the hospital, Jack was rushed to the operating room, but it was too late.

The President was dead.

Jackie was devastated, but she managed to stand by Vice President Lyndon Johnson on the airplane as he was sworn in as President of the United States.

Aides had asked the First Lady to change from the beautiful pink suit which she was wearing when the President was shot and which was covered with blood. She refused saying that she wanted “them” to see what they had done to her husband. Jackie flew with the President’s body back to Washington.

Jackie summoned up the strength to plan the funeral for her husband. She based the funeral on that of President Lincoln, who had also been assassinated. She maintained her grace and dignity to such an extent during the funeral ceremonies that she gained the admiration of people all over the world. People in the United States stayed glued to their television sets for the two or three days that the memorial services lasted. The picture of Jackie and her two children standing as her husband’s casket passed by on a horse-drawn caisson and little John John saluting his father is etched on the memory of many in this country as is the riderless black horse, named “Black Jack” that walked behind the caisson. President Kennedy was laid to rest as Arlington national Cemetery.

After Mrs. Kennedy and her children left the White House, she had a hard time finding the privacy that she so desired for her and her children. She moved several times, but the publicity hounds followed her.

After her husband’s brother, Robert Kennedy, was assassinated, she became fearful for her children. Later that same year, Jackie married a wealthy Greek businessman and moved with her children to an island that he owned off the coast of Greece.

She did achieve some degree of privacy there where she provided all kinds of entertainment for her children, including swimming in the beautiful water which surrounded the island.

Jackie finally moved back to New York. When she received a message that Mr. Onassis was deathly ill, Jackie hurried to his bedside. Mr. Onassis died a short time later—the year was 1975.

Jackie Kennedy Onassis and her children made New York their home.

After that, Jackie took a job with a publishing company and seemed to enjoy her work there. In January of 1994, Jackie was diagnosed with non-Hodgkin’s lymphoma, a type of cancer. Even though she was ill, Jackie wanted to remain in her home. She died there at her New York apartment surrounded by family, friends, and her books in 1994.

She was buried beside her beloved Jack, who had been dead for 31 years, at Arlington National Cemetery.