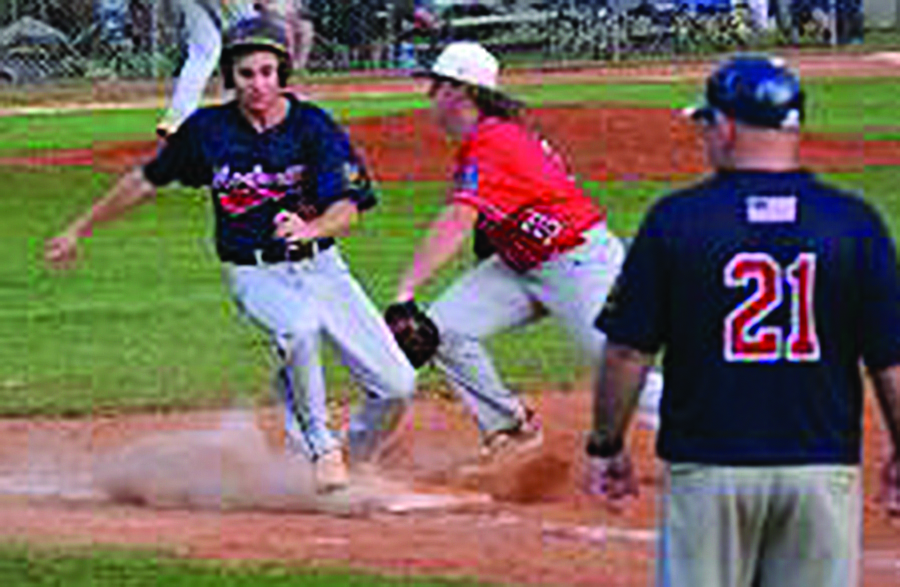 Mocksville Senior Legion baseball coach Charles Kurfees was smiling for miles after a 12-4 win at Kannapolis on July 5. Mocksville was riding a four-game winning streak. It snatched those games by an aggregate score of 26-6.

Three days later, Kurfees was in a somber mood. Right when Post 174 seemed to be meshing, it fell off a cliff, losing three games in three days by a combined score of 41-6.

Go figure that out.

“That’s what happens when your players decide to go to the beach and leave you,” Kurfees said. “We had (a starter) quit the other night. Three of our best players were gone.”

The free fall began with a 12-6 loss to visiting Davidson County on July 6. The next night Mocksville laid an egg in a 14-0 loss at Stokes County.

The Davidson and Stokes games were non-division contests, so they didn’t do any damage other than halting momentum and hurting feelings. But the July 8 game against Kannapolis at Rich Park, a division matchup, was massively disappointing. Three days after Mocksville pounded out 16 hits and whipped the Towelers, Mocksville got one hit in a 15-0, five-inning loss.

“They just beat the crap out of us. It was bad,” Kurfees said.

Kurfees watched in horror as the Towelers scored eight runs in the top of the first. They probably shouldn’t have scored any. The first batter popped out to the catcher. The second batter reached on a throwing error.

Then “I thought we threw a guy out at third,” he said. “I think the umpire blew the call. They shouldn’t have gotten a run. Then they got seven or eight hits. It was awful.”

Kannapolis pitcher Micheal Gracer pitched the one-hitter with zero walks and nine strikeouts. Yes, he nearly had a perfect game. There were home runs by Jacob Foggin, Tyler Grady and Gracer, who put on a two-way show that included three hits.

“Tonight proved it. Kannapolis is the real deal,” Kurfees said. “They threw their ace and he’s good. When he’s going to Catawba to pitch, you know he’s pretty good.”

The top two finishers in the division will advance to the playoffs. At 4-2, Mocksville (5-11 overall) is not out of the hunt – but its hopes are dwindling fast.

“We still have a chance with two games left,” he said. “But if we tie (for second with) Kannapolis, Kannapolis probably wins the tiebreaker. Right now I don’t have a good feeling.”