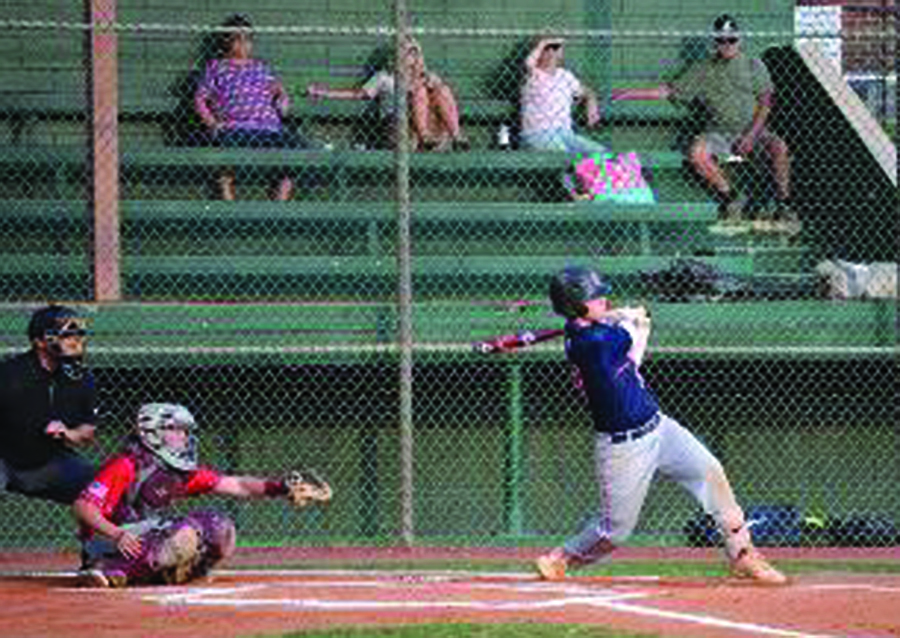 Jaydon Holder was Jaydon Holder again, and Blake Little rapped three hits as Mocksville’s Senior Legion baseball team beat Concord for the second time in as many days, both times by a score of 6-1, at Rich Park on July 3.

Mocksville decided to wait until Southern Division play to tighten its shoelaces. Although this made it 4-8 overall, it improved to 3-1 in the division.

In the 6-1 win at Concord the night before, Mocksville’s offense got huge help from Concord (seven walks, five errors) and trailed going into the sixth.

In the fifth, Mocksville pushed a 2-1 lead to 5-1. Little singled, Johnson and Landon Lowtharpe smacked RBI doubles and Justin Hayes knocked in a run with a single. In the fourth, Little’s double brought in Wesley Mason to cap the scoring.

Little was at the heart of Mocksville’s nine-hit attack, going 3 for 3 with a double. Johnson (2-2, two RBIs) and Lowtharpe (2-3, double) played important roles.

Meanwhile, Concord’s offense had no answer for the lefty Holder, who has been a machine all year, including his sophomore season for Davie High.

He pitched a four-hitter over six innings and did not walk a batter. Hayes relieved and got the final three outs.

“Jaydon is a pretty good pitcher,” coach Charles Kurfees said. “He’s a finesse pitcher. He won’t blow it by you. He’s going to throw strikes, keep the ball away, pitch to spots and make you swing at bad pitches. He’s working at it. He sees that he’s got a chance and he’s putting in his running.”

Notes: Mocksville had 7 more hits than it did in the first Concord matchup. Cunningham and Hayes both went 1-3. … One night after making five errors, Concord only had one miscue.